Almost twenty years and the mystery of the disappearance of Isle of Wight teenager, Damien Nettles, has never been solved. Watch the first episode of BBC Three’s eight part investigation to see what the journalists uncover. 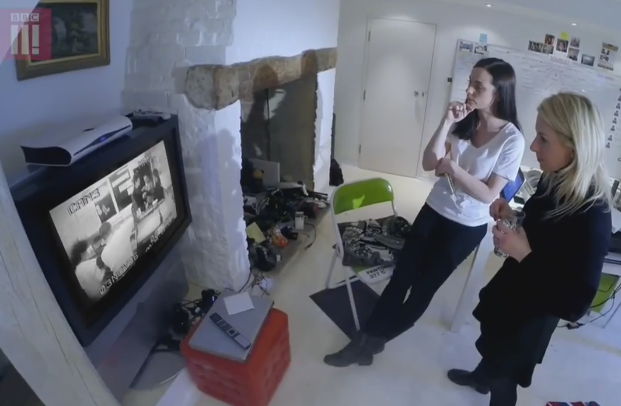 The first episode (watch below) of the BBC investigation into the disappearance of Damien Nettles has been released with the remaining seven episodes being released at 10am this morning (Monday).

Jump to the video

Sixteen year old Damien Nettles went missing on 2nd November 1996 after a night out in Cowes. Almost twenty years later and his body has never been found and no one has ever been charged with his murder. “After almost twenty years, no one has been able to crack the case of how a teenage boy simply disappeared on a small island. Closed doors, memory loss, half truths, deceit, denials. None of these would go away. But then again nor would we.”

Delving into the underbelly
Searching for clues and breakthroughs, Alys and Bronagh work closely with Damien’s family and encounter an extraordinary array of characters, from Damien’s friends to local residents, private investigators, possible witnesses, police informants and convicted criminals who could have vital information.

“We had to wade through almost twenty years of rumour, speculation and lies. Some stories have been retold so many times that they have become part of the mythology of the Isle of Wight. Deciphering fact from fiction was our greatest challenge.”

“The last twenty years has been a struggle. We never felt Damien went off on his own for any reason. We have always felt something bad happened. Not knowing for sure has been the worst possible part.

“I was totally impressed at the level of investigation of the Unsolved team. I threw everything I had and more at them to cipher through. Now I am able to look at my son’s case through new eyes and to see things from a new perspective.”

Innovative format to encourage engagement
The series has been likened to the popular NetFlix series, Making of a Murderer. It consists of eight short episodes of around fifteen minutes, combined with maps, key evidential footage and documents and additional interviews that will be published across BBC Three platforms and social media.

“We are innovating with new ways to tell stories at BBC Three and Unsolved is the perfect example of how our move online has opened up new possibilities for storytelling. It offers young people new ways to engage with our content and allows them to discover our content at their pace.”

Watch the first episode now and catch the remaining episodes from 10am Monday 25th July on BBC Three.

newest oldest most voted
CHRIS P LAMB
I am surprised that it should take eight parts. I shall watch the first episode with interest. I hope it’s not going to be one of those programmes with more padding than information. Series where the investigator constantly repeats what, how, when and why s/he will be doing, has been doing and telling the viewer nothing new. I was watching an investigative programme last week and in… Read more »
Vote Up00Vote Down
Daisy

You need to go to the BBCThree Website to watch the other episodes (here).

Vote Up00Vote Down
KEITH POTT TURNER
I watched part one two three and eight so far because I’ve got to apparently take the child settings of the other parts because of the swearing, which spoilt the order of viewing, the episodes which I’ve seen are intriguing and I hope that it helps bring closure for the family, however it made me then view once again some of the original footage/theories and I would… Read more »
Vote Up00Vote Down
dragonfly

Much left unexplained here but it seems particularly crazy that this has never been a murder investigation.