The strike action on South Western Railway starts on Tuesday 18th June and runs to, and including, Saturday 22nd June. 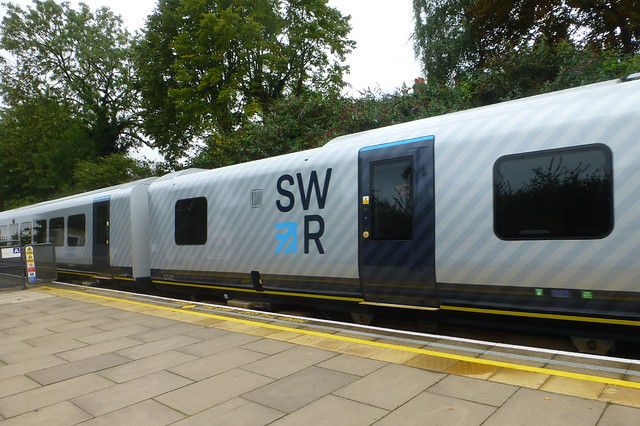 From Tuesday 18th June, five days of strike action by members of the RMT will be begin on South Western Railways.

Island Line will be unaffected by the strike, but there will be a reduced service to London Waterloo from Portsmouth and Southampton, with the line to Bristol completely suspended, as well as Guildford to Aldershot.

Lines affected can be seen in the graphic below (click to see larger version).

“It’s very disappointing that despite having had dates in the diary for what we hoped would be further constructive talks, the RMT union decided to call disruptive strike action over the course of five days. Only this week, we met with the union and agreed to arrange new dates to get around the table and continue those talks. However, they seem insistent on going ahead with their unnecessary strike next week which will impact our customers and colleagues alike. Clearly, they have decided to target popular events such as Royal Ascot with this cynical action which is driven by internal RMT politics.

“The RMT has always said it wanted us to keep the guard on every train which is what we have offered as part of a framework agreement. We want to move the conversation on to how we operate our new trains and take advantage of the new technology on board to benefit our customers. We remain committed to finding a solution that will help us build a better railway for everyone. We will do everything we can to keep customers moving during these strikes but would like to apologise for the disruption this unnecessary action will cause.

“Passengers are strongly advised to plan their travel in advance as services are likely to be busier than usual because of the strike action. Rail replacement services and ticket acceptance on other bus and rail networks have been organised where possible, whilst fans attending events at Twickenham, Hampton Court, Royal Ascot, and elsewhere, are advised to allow extra time for their travel.

“Customers will be able to see amendments to their train services, as currently published on our Website, in journey planning systems from tomorrow. Further information on additional main line peak-time services – over and above the amended timetable – will be announced in due course.”

Image: citytransportinfo under CC BY 2.0

newest oldest most voted
sillybilly
I’m no great fan or apologist for SWT Jess but it is not fair to say the service is unreliable as it is not. It can certainly be crowded but an advantage of getting on at Portsmouth is you always get a seat so again not a problem. I go to London 1 or 2 days a week – biggest gripe is train just missing boats because… Read more »
Vote Up220Vote Down
jess
My travelling pattern is a couple of times a month – normally up and back peak. Yes I agree you can get an up seat at Portsmouth- travelling back from Waterloo is more unpredictable. But my biggest gripe is delays and cancellations- at one point 50% of my journeys qualified for “delay repay” – at which point I lost faith alas. Obviously your experience has been more… Read more »
Vote Up4-4Vote Down
micksey009

Generally the off-peak day return rail service from Portsmouth to Waterloo which I use about 8 times a year is very reliable and comfortable.

You’ve published a one sided report full of emotive language – “cynical action,” “unnecessary strike,” and so on, but no reply from the RMT. Seriously biased and poor journalism.

It’s a press release from South Western Railways, if the RMT want to send us one, I’ll be happy to run it too.

It’s a sad fact that even without strike action the Portsmouth/ Waterloo service is both crowded and unreliable, and with reluctance it’s something I now avoid. A taxi up and back is more expensive and an ecological disaster but a far more practical experience alas.