Revised plans to demolish the derelict former holiday park and build 128 residential dwellings and a new 63 bedroom hotel are now open to the public for consultation. Have your say online. 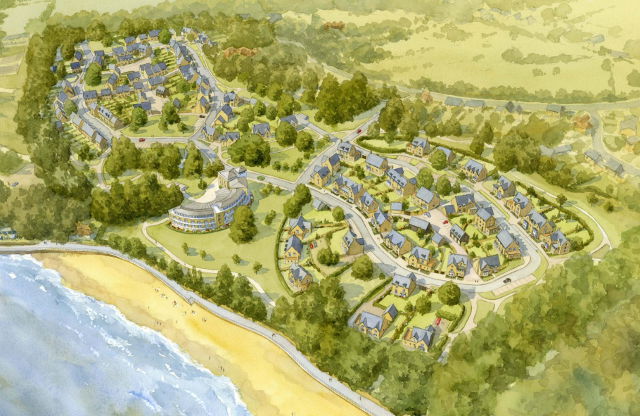 Isle of Wight residents have until 19th June to submit their views on a revised scheme for outline permission to demolish the former holiday park, Harcourt Sands and replace it with a mixture of 1, 2, 3 and 4 bedroom dwellings as well as a 63 bed hotel (or 15 holiday units).

Plans for the development in the Nettlestone/Seaview ward have been revised after developers ZeroC withdrew their previous application.

The proposals will now incorporate the following: Changes to the plans
The documents, which can be viewed online, also reveal that as well as changes pointed out above, a number of design changes are planned:

Read the documents and leave your comments on the application by visiting the Isle of Wight council planning Website.

This land was bequeathed for tourist use only. What had happened now? It stinks