After a year-long battle to protect the future of Island Line trains, a threat of judicial review against the Department for Transport has lead to a major victory for train campaigners. OnTheWight has the detail. 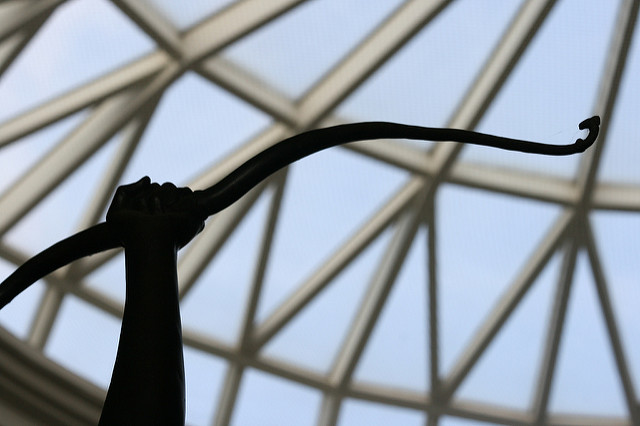 Earlier this month two members of the Keep Island Line in Franchise group issued a threat of judicial review Department for Transport in the form of a ‘Letter before Claim’ over their franchise plans for Island Line trains.

After a year long battle, today they announce their victory in ensuring that the next franchise of Island Line Trains does not need to meet the criteria of becoming a ‘self-sustaining’ business. Ed

KILF – the community-led campaign to Keep the Island Line rail service in the South Western rail franchise – is celebrating after winning its year-long battle to persuade the Department for Transport (DfT) to scrap the plans for the Isle of Wight’s rail service to become a self-sustaining business.

“Work with the Isle of Wight Council to secure a long-term sustainable solution for the future of the Island Line during the course of the next franchise that will enable it to become a self-sustaining business.”

Challenging the inequitable objective
KILF has consistently campaigned against this inequitable objective, which uniquely singled out Island Line to be self-sustaining, whilst all other loss-making lines in the UK would continue to be supported by a subsidy. However, the campaign’s pleas to the Rail Minister, the Island’s MP and the stakeholder consultation process fell on deaf ears – with Andrew Turner even dismissing KILF as a “self-appointed protest group”.

The Invitation To Tender for the South Western Rail Franchise was published in June 2016, reaffirming the DfT’s discriminatory proposal for Island Line. This led to Island Line users Warren Drew and David Pugh submitting a formal Letter Before Claim to the DfT at the end of July, threatening a Judicial Review: principally challenging the irrational policy objective for Island Line to become a self-sustaining business.

“Work with the Isle of Wight Council to secure a long-term sustainable solution to the future of the Island Line during the course of the next franchise that will enable it to become a more sustainable business.” [their emphasis added]

U-turn only after legal threat
Speaking after receiving this response, Warren Drew said:

“The response from the DfT underlines KILF’s view that the requirement to make Island Line “self-sustaining” was fundamentally inequitable and at odds with the positive treatment of the rest of the franchise area which will benefit from increased investment from the winning bidder. It’s just a shame that despite the many and detailed submissions we have made to the Department in the run up to the publication of the ITT, it has taken the threat of Judicial Review to cause the department to revisit its proposals.

“Although the Government states that the reference to “self-sustaining” has been misinterpreted, it has clearly been the intention of the DfT to eventually cut Island Line out of franchise. That phrase only has one meaning and it is impossible to imagine that such a stark and provocative wording was included in both the ITT and the initial consultation document without a clear intention to eventually remove Island Line from franchise. Indeed, this is further underlined by the fact that the DfT has continued to use the phrase despite the many objections KILF have registered on that topic.

“Despite attempts to save face by suggesting that its motives have been misinterpreted, anybody who has followed the public debate surrounding Island Line can be in no doubt of what the DfT has been minded to do.

“The Government has confirmed that no decision has been taken to remove Island Line from franchise and it is upon this basis that myself and David are willing to enter into a dispute resolution process with the DfT and withdraw our legal challenge. In moving forwards, we remain optimistic that this central part of the Island’s transport architecture can be saved from the machinations of those least likely to benefit from its reliable, punctual (albeit rickety) service. KILF fully embraces the need to modernise and invest in Island Line and we will continue to prosecute our view that the best way to achieve this is within the security and support of the wider franchise area.”

A victory for all those Island Line
David Pugh added:

“I am delighted that the DfT has finally dropped its discriminatory franchise objective to see Island Line become a self-sustaining business. It was indefensible and inequitable, and it is good that the Government has now recognised that.

“This is a victory for all those Island Line users who made representations to the DfT on this point but had been ignored until now.

“This result is even more significant in light of the refusal of our local MP to provide support, leaving us to fight our own corner in Whitehall. Last year Andrew Turner dismissed KILF as a “self-appointed protest group”, yet we have now achieved a major step in the right direction for our local rail service – which is more than he has done as the Island’s representative in Westminster.

“With a new Rail Minister in place, we are hopeful that the DfT will now start to take a more pragmatic and realistic approach in respect of Island Line. We agree that the service must be “more sustainable” in the future, but consider that the same objective should also be placed on other loss-making lines around the country. The Island must not be singled out for adverse treatment, and both the DfT and Infrastructure Transport Taskforce should ensure this is the case.”

Image: quinndombrowski under CC BY 2.0

For clarity, these guys don’t have anything to do with us.

With all due respect, who are us?

Apparently the garrison at Trumpton.

Garrison? I think you’ll find that should be the fire brigade!

Keep on the watch Mr Pugh,it is a Tory Government.

Vote Up00Vote Down
Vix Lowthion
Well done KILF for obtaining clarification that Islandline should not be cast out of the support of the national rail franchise in the next couple of years. There’s still a long way to go to get our railway ‘more sustainable’ on the island, but we all agree that the government were wrong to treat Islandline differently to other train lines. KILF have worked hard to highlight this… Read more »
Vote Up00Vote Down
tapwash

Whilst agreeing with the gist of your comments and at the risk of being labelled a pedant or an old fogey, or both, unlike America we do not have train lines or, indeed, train stations, we have railway lines and railway stations. Heaven forbid, we’ll be having sailboats and tugboats next!!

Congratulations and thanks to Mr. Drew and Mr. Pugh for their persistance.
Surely this now calls into question the purpose and most definitely the membership of the councils newly appointed ‘transport task force’.

Vote Up00Vote Down
Steven Goodman
Well done, and thank you. ‘The misunderstanding that appears to have arisen’ is obviously on the side of our government, our MP, and others choosing to try to end the service for no good reason, who do indeed now have something to regret. Now there is one less transport distraction, perhaps our government will have more time to devote to the problems of the Southern Rail franchise… Read more »
Vote Up00Vote Down
Mark Francis

However the ferry companies are not subsidised – unlike similar ferries in Scotland, which I imagine we chip in for.

dare I ask when the line between Ryde Esplanade and the Pier Head is going to have some maintenance work done? I fear this fight may have all been academic if the line falls into the Solent. I am no expert, but it looks to be far overdue for repair.

and then of course, there is the rolling stock…

IIRC some major work is expected in the not too distant future.