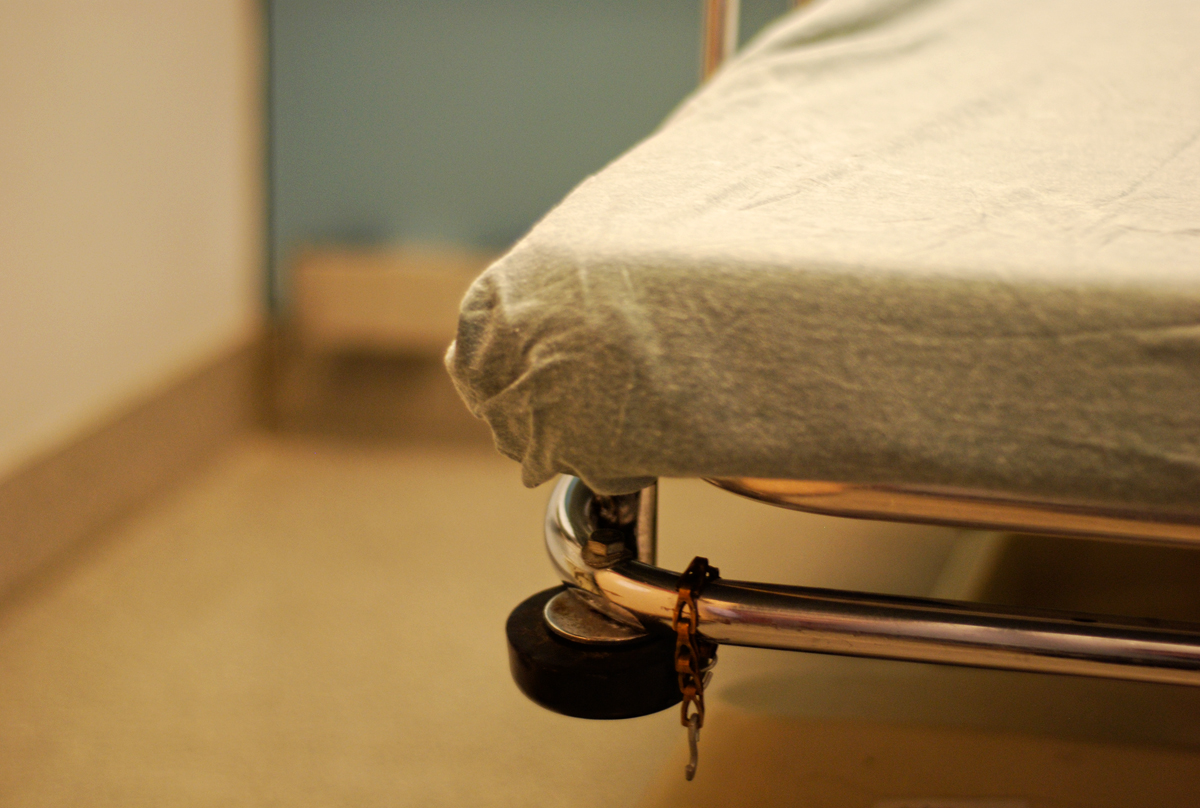 An Isle of Wight council taskforce has been set up to reduce delays in freeing up beds at St Mary’s Hospital.

The Isle of Wight Council’s health and social care scrutiny committee has set up a task and finish group to investigate delays in discharging people from hospital.

Nicholson: Constructive to have an independent look at it
Committee chair Cllr John Nicholson said at last week’s meeting said,

“There has been a lot of hard work on this issue and, after all these years, it is still not resolved.

“We think it would be constructive to have an independent look at it.

“Our health partners have said it will be a bit uncomfortable, but it needs doing.”

The IW NHS Trust carried out its own review of discharge procedures shortly before Christmas, to identify the cause of delays.

Nicholson: Do not know what problem is “until we look into it”
Cllr Nicholson said:

“The issue may be something outside the health system — we do not know until we look into it.”

You REALLY couldn’t make this stuff up!!! God forbid they are ever tasked to look at Mental Health provision..

Vote Up24-2Vote Down
elemental
???? The IOW has already lost previously statutory mental health services provision; the CCG replaced them with unregulated, privately run “Counselling Services” The other available mental health services provision options are volunteer-led, charity-based services like those based at Aspire, a venue which is unheated. The question of whether it is appropriate for vulnerable people to be directed to an Evangelistic Christian Fundamentalist group for psychological health care… Read more »
Vote Up11-2Vote Down
davimel

I know.. it was a sarcastic comment… there’s nothing left for the council to destroy on the Island, I have watched the facilities get cut for years now, and lost all my help 2 years ago.

Actually there is. They are probably going to be removing travel concessions for people with severe mental health problems, along with people with disabilities. This will negatively impact the lives and wellbeing of thousands of Islanders.

But austerity is over, or so we were told. I guess they are just doing it for fun now.

Trouble is, I can no longer work out who is destroying what these days… The NHS Trust move departments about on a whim and the council remove money, services and hope! As an old git with failing health and a long term disability I just await the next bombshell to make life harder.

Well we all know about the compassionate care the likes of Cllr Carol Tosser has for the weak and vulnerable on the island.

An IW Task Force under the Councils leadership? Has April 1st come early?

Tozer isn’t a councillor. She is an employee.

Vote Up8-2Vote Down
chartman
In my personal experience, the issue is complex. It has become clear that the left hand( hospital staff) does not know what the right hand is doing (social services) and vice versa. An elderly patient was deemed ‘capable’ of living at home ‘with assistance’.He had been able to walk 20 yards etc etc. By the time SS got involved ( ~4 weeks) he had deteriorated and could… Read more »
Vote Up12-1Vote Down
temperance
Must be time for the Government to start building or adapting buildings into some sort of halfway house for patients who no longer need hospital care but are unable to go home. It surely would be cheaper in the long term than paying private care homes. I always thought the old Whitecroft site would have made a good care and convalescent home. With a ageing population nationally… Read more »
Vote Up13-3Vote Down
nyeve
One of the problems is a physical lack of spaces in appropriate care homes on the Island for those who cannot manage on their own. Also, Social Services are overworked and short of money and therefore slow to deal with cases. It is unhelpful that there is no specialist facility at St Mary’s such as the refurbished Shackleton Ward, which opened last year then closed due to… Read more »
Vote Up11-1Vote Down
bones

I thought they had ‘found ‘14 extra beds by using an old ward ? Or did I get that wrong ?

A 30 bed ward that was closed last summer, ‘magically’ reopened with 14 beds a few weeks ago. Still a loss of 16 beds!
234 beds this time 2 years ago now down to 214, for a population of 140,000.
One hospital bed for every 598.3 people.
No Rehab ward, no intermediate care beds in the community and less Nursing and Residential Care Homes.
There lies the problem.