Isle of Wight dairy farmers ‘not on a level playing field’, says MP

The Isle of Wight MP, Andrew Turner, raised the subject of the white stuff in Parliament last week. 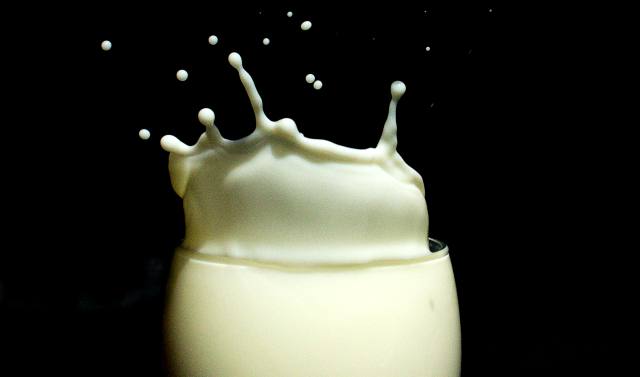 The Island’s MP, Andrew Turner, took the plight of the Island’s dairy farmers to Westminster last week during a Dairy Industry debate in Parliament and told the new Farming Minister, David Heath MP and other Members of Parliament about the ‘I Love Island Milk’ campaign.

Mr Turner highlighted the fact that Isle of Wight dairy farmers are not on a level playing field because they incur extra costs because of the separation from the mainland.

Many people assume when they buy milk from the local shop or supermarket that it is produced on the Island, Mr Turner pointed out that if more Island milk was sold locally it would cut out unnecessary food miles, carbon emissions and costs and help our farmers,

Tesco only supermarket stocking Island milk
During the speech he said: “Many local shops on the Island already stock local milk but Tesco is the only supermarket that currently sells Island milk. I thank it for that. I have written to other Island supermarkets asking them to do the same and give their customers the choice to support local farmers.

“So far we have had interest from Waitrose, Southern Co-operative, Morrisons and Bookers. I am still waiting to hear from others. I am glad to say that last weekend Waitrose told me of its intention to sell Isle of Wight milk very soon. There is a way through this.”

As he closed the debate the Minister quipped: “There are opportunities for replacing imported goods with British dairy products. I am glad that Mr Turner has done such work in his constituency.”

Speaking later Mr Turner said: “After the debate I spoke privately to the Minister who said that he would be happy to visit at some time in the future, so we will look forward to that. The most important thing now is to get Island milk onto supermarket shelves and for the public to support the local economy by buying it. I agree with David Harvey that our dairy farmers really need this initiative to work – so I would urge those who want to show their support for the campaign to sign our petition at www.thewightstuff.org.”

Image: Fields of View under CC BY 2.0