Ten years in prison for damaging a memorial versus a five year sentence for grievous bodily harm is just one element of the Police, Crime, Sentencing and Courts Bill 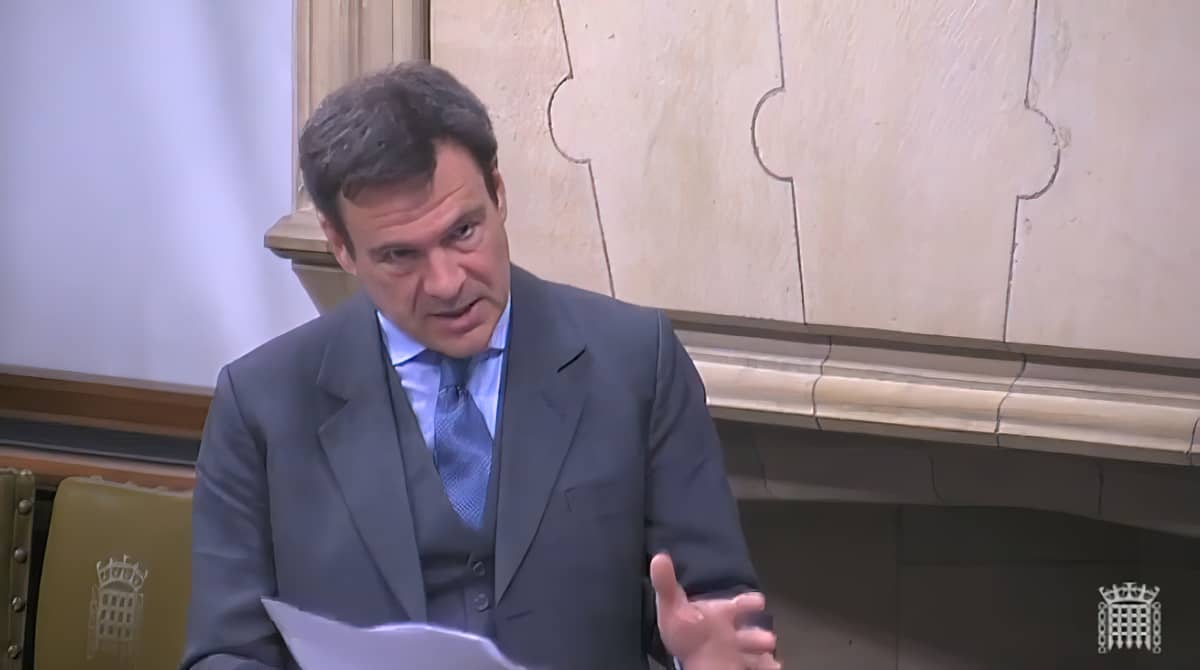 Isle of Wight Conservative MP, Bob Seely, has come under fire on social media after voting in favour of the controversial Police, Crime, Sentencing and Courts Bill.

The Bill includes changes such as allowing judges to consider jailing child murderers for their entire lives, but also increases police powers and will impose new restrictions on public protests.

Limits at public protests
Although the right to protest is enshrined in the Human Rights Act, the new Bill will mean the police can set noise limits and start and end times. These rules even apply to demonstrations by just one person.

They will also be permitted to fine protesters up to £2,500 each if they refuse to follow police directions during a protest.

Longer sentence for harming statues than people
There has been much criticism about the Bill in the run-up to the vote, which includes a ten-year prison sentence for damage to memorials.

This length of sentence has angered people, who compare it to common assault on a person only carrying a six months sentence and even grievous bodily harm being only five years.

No voted was recorded by any of the eight DUP MPs, but Gavin Robinson MP (DUP – Belfast East) said in the Commons,

“The loose and lazy way this legislation is drafted would make a dictator blush.

“Protests will be noisy, protests will disrupt and no matter how offensive we may find the issue at their heart, the right to protest should be protected.”

Other changes
The BBC has listed parts of the legislation that will be more widely acceptable to the public:

Seely: Abuse on social media not representative of public feeling
News OnTheWight has asked Bob Seely for his response to the criticism he received on social media.

The MP has been a keen supporter of protesters in Hong Kong, as his Twitter feed demonstrates.

“Firstly, I do not believe that abuse on social media is representative of public feeling.

“Secondly, with regard to public protests, there needs to be a balance between the right to peaceful protest and the rights for people to go about their daily business. The proposals in the Police, Crime, Sentencing and Courts Bill will strengthen Police powers to tackle protests that have a significant disruptive effect. The Government has a duty to keep people safe. The right to protest and the right to bring society to a halt are not the same thing.

“Thirdly, on the desecration of war memorials, these memorials have immense historical significance as part of our national heritage, and their desecration does a disservice to Armed Forces personnel who lost their lives in the defence of this country. While incidences of damage to memorials are usually of low monetary value, they very often carry a high sentimental and emotional impact. I welcome the fact that this Bill will toughen the law where criminal damage is caused to a memorial, by removing the consideration of monetary value.

“On sentencing, it is right that the most serious and violent offenders, including those who have committed violent and sexual offences should spend more time in prison to match the severity of their crimes. The Government has been clear that it will strengthen public confidence in the criminal justice system, and I will support legislation designed to achieve this.

To find out more about the Bill, Dominic Casciani from the BBC has put together a guide to the Bill and how it will change future protests.

I wonder if the hypocrisy in Bob’s unblinking support of this Bill will ever reach the residents of Hong Kong who he is so keen to support? Does Bob care less about the constituents he actually represents?

With this vote Seely has shown his condemnation of China’s suppression of the right to protest in Hong Kong was never about democracy but was only about the Chinese. I think the guy’s just a racist.

A racist and a waste of time, typical Tory

Vote Up12-6Vote Down
Tamara
Watching two or more burly policemen grabbing a small woman and pinning her to the ground, at the recent vigil on Clapham Common against male violence, is just one example of how police overreact to peaceful protests. Giving them more powers to intimidate and silence demonstrators will further erode our democratic rights. Campaigners need to capture the media’s attention to spread news of their cause, and making… Read more »
Vote Up62-21Vote Down
saracen

While I do not condone any kind of police violence, in an earlier showing of the new’s film the ‘small woman’ appeared to be attacking the police, one of which was a policewoman. Later showings only concentrated on the woman being held on the floor… good old BBC.

Will there be enough time to eat a sausage before the police arrive? What a twit. I will certainly be having a huge argument with Mr Seeley when he knocks on my door, which he will.

Don’t waste your breath. Just don’t vote for him.

People seem surprised that Mr Seeley again opted to vote with his boss. Can someone tell me a time he has voted against the powers that be. A career MP more interested in rising through the ranks than the concerns and needs of his constituents.

Vote Up33-7Vote Down
movinon
Defacing a statue is a crime against Tory authority and will always be punished more than a crime against a person. Holding a protest meeting might highlight an issue the Tories would rather hide so they have given themselves the powers to limit such protests. Just as they gave themselves the power to avoid any liability for prosecution for criminal negligence in the coronavirus bill while dumping… Read more »
Vote Up28-5Vote Down
snowwolf1

Please don’t say we are going the way of China? The overpaid, over-rated members of HoP need to listen to the public more as does the local Council.

Not such a big step from water cannon to actual tanks in central London, or Bristol, or anywhere else that has statues to protect.