Natasha Lambert is one of 1,200 sailors taking part in the race across the Atlantic Ocean from Gran Canaria to St Lucia – she’s hoping to raise £30,000 for three charities in the process 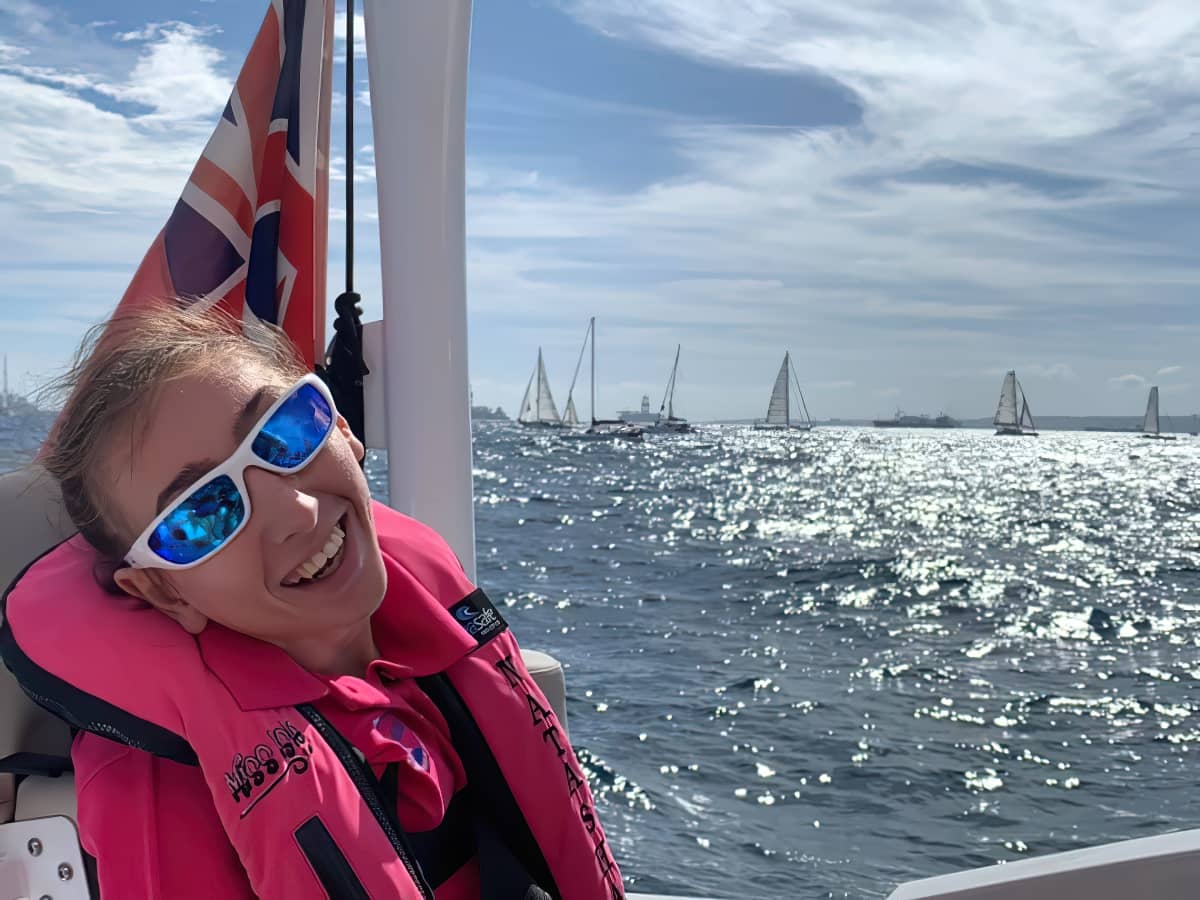 Fingers crossed for the inspirational Isle of Wight sailor, Natasha Lambert, and her crew who are now underway in their Atlantic ocean race.

Tash was born with Athetoid Cerebral Palsy, which affects her limbs and confines her to a wheelchair. She sails using a clever ‘Sip and Puff’ system and has taken part in numerous challenges, such as single-handedly sailing around the Isle of Wight in 2012.

Day one
Tash and her crew have been preparing for the Atlantic challenge for some time and set off from Gran Canaria this lunchtime.

This footage from the ARC Atlantic Rally for Cruisers Facebook Page shows boats at the start line this lunchtime.

Show your support
During the challenge to sail across the Atlantic Ocean Tash is hoping to raise a target of £30,000 for three charities; the MissIsle Charity, The Ellen Macarthur Cancer Trust and The RNLI.

You can follow the action live via the Yellow Brick Tracker. Simply download the App for free and search for Blown Away in the ARC 2020 Race.

We’ll be keeping an eye on the action and update you when we can. In the meantime, best of luck to Tash and the Blown Away crew.

Go girl, good luck, I hope the weather is kinf