Legal proceedings against AEW over Ryde Arena dropped by council

It was announced at tonight’s Cabinet meeting that arbitration proceedings with AEW have come to end, as no agreement could be reached 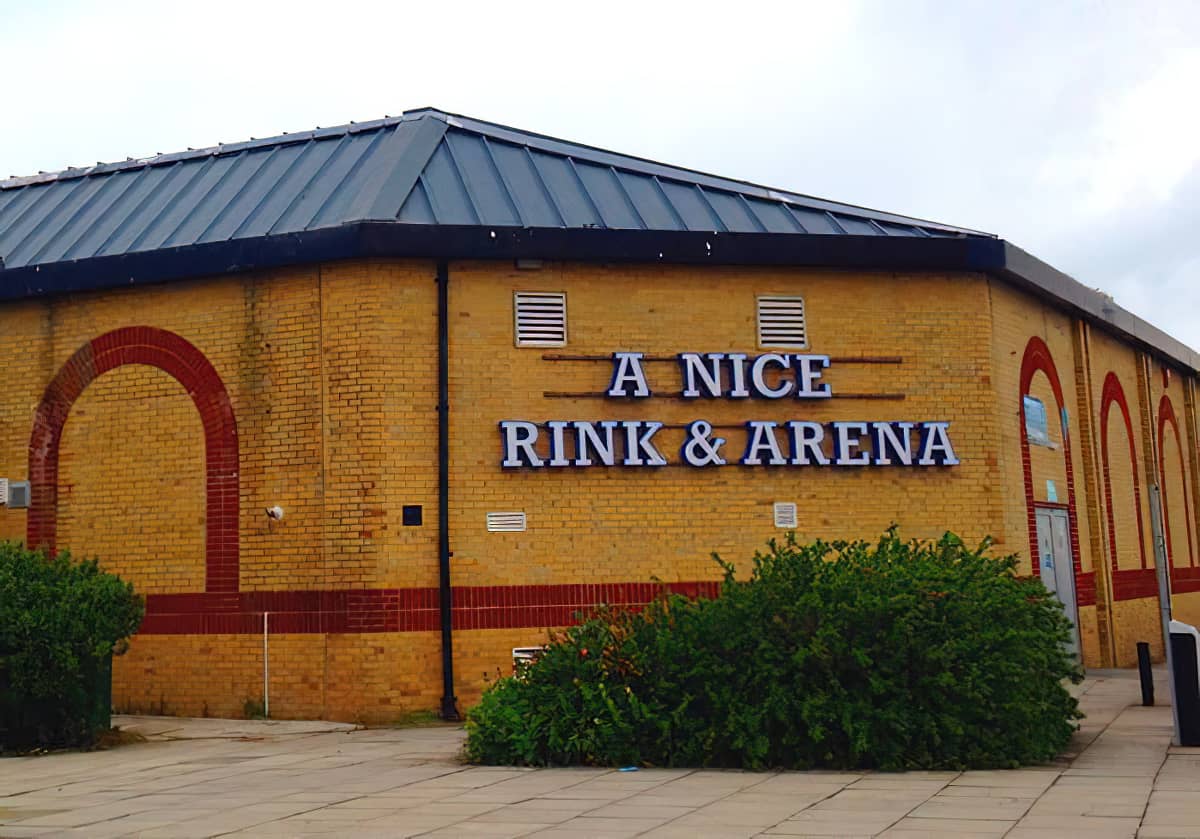 The leader of the Isle of Wight Council has pledged to continue the search to find an acceptable long-term solution for the future of Ryde Arena – which meets the wishes of the local and wider Island community.

The council owns the freehold of the former ice rink on Ryde seafront, and has been in arbitration proceedings with the leaseholder for the property, AEW, to try to get the building back into reasonable repair for use by the community.

Council leader, Councillor Dave Stewart has reaffirmed his commitment to resolving the future of the arena – after it was confirmed at a meeting of the Cabinet today (11th February) that the arbitration proceedings had come to end, as no agreement could be reached.

Empty for years
The prominent seafront building has stood empty in recent years and its condition has deteriorated.

The council had initiated legal action under the terms of the lease to require AEW to use its “best endeavours” to keep the facility open and operational in the longer term.

The legal action required the two parties to use arbitration to resolve the argument as a first step.

The council sought to use the process to get the building back into use, but as no progress was being made the arbitration process was ended to prevent further expense to the council taxpayer.

“The council has made extensive efforts during the arbitration to resolve areas of difference, and to find agreement which we believe would meet the wishes of the community for this important and sensitive seafront location currently standing dark at a key gateway to the Island.

“However, this disappointingly has not been achieved – and to avoid the potential for further expense to the council in chasing a position we are advised has little hope of a positive resolution through either the arbitration or legal process, we have had to step away to review the position. Our commitment on behalf of the local and Island community remains steadfast.”

Alternative proposal rejected
The council has indicated it is not willing to accept an alternative proposal put forward by AEW of replacing the arena with retail use in such a key and sensitive seafront location. It is also unwilling to make any of its surrounding land available on a temporary or permanent basis unless a proposal comes forward that has the support of the community. Ideally this would be a tourism/leisure-related use which supports the character of the seafront and its designation.

“We are hugely disappointed that the arbitration proceedings have failed to find an acceptable resolution, but remain determined to find a way ahead – and to see this currently empty building re-energised for the benefit of the community of Ryde and the Island.”

newest oldest most voted
Benny C
Mr Stewart we are hugely disappointed that with our money IOWC Councillors of whatever political colour ( it matters not which) entered into a defective lease you can’t enforce. How much will this all cost the community? How many other agreements have been signed which could end up in a similar expensive mess? How many more muddles must we endure and pay for? If this were a… Read more »
Vote Up49-3Vote Down
BigG
Councillor Whittle is the Messenger in this instance and although part of Local Government that is, collectively, responsible, it is perhaps disingenuous to criticise an individual. There is, however, clear evidence of total and complete incompetence on the part of the past ( and quite possibly current) Officers and Councillors, in that obviously, the Contract in respect of the Leaseholder was manifestly deficient in terms of ensuring… Read more »
Vote Up20-11Vote Down
Colin
Another sorry episode in the mis-management of council assets. When councillor Stewart suggested the other day that there is more than money involved in profit and loss, he might like to apply that here. The original sale was hopelessly bodged and the councillors were stupid enough to agree to a clause limiting the length of the use of the building. Compounded with the leaseholders inability to count… Read more »
Vote Up30-1Vote Down
Angela Hewitt
It is up to councilors to scrutinise, question and ultimately vote to accept a lease and it needs to be recorded. We need councilors that understand how to read a lease and indeed study and look for problems. We seem to have too many councilors who don’t read the papers/documents that they are sent or don’t question the papers/documents that they are sent. It is time for… Read more »
Vote Up26-2Vote Down
Colin

If memory serves me right it was only Roger Mazillius who questioned the lease, the rest voted as they were told to.

Vote Up17-1Vote Down
snowwolf1
Pray why was the property leased in the beginning and how long for? Is there no such thing now as compulsory purchase if the building is degrading that quickly and what about health and safety laws. I am sure the Council if they had suitable staff could find a loop hole in the lease – if not they definitely need to review there legal terminology when entering… Read more »
Vote Up19-1Vote Down
chartman

Normal people/businesses get a lawyer to look over a lease so that they ( the lawyers) can point out both the good point and the bad points in a lease.

AEW is not exactly a small company, they are a massive global real estate company managing assets worth many billions.

They are also the sort of corporation that seemingly likes to steal ice-cream(or ice rinks)from small children.

Vote Up18-1Vote Down
jazzerpete
The Ice Rink situation is a sorry saga and the community deserves better from the Council. Just count yourself lucky that you aren’t in Croydon, where, I understand, the Council has a HUGE debt running into millions. This mainly from property dealings that shouldn’t have been made in the first place – way out of their depth. I’m not sure what the transport interchange position is right… Read more »
Vote Up100Vote Down