As well as the adult short film competition, Cheryl has details of a competition for young people. Young people need to express their intention to enter by 10th January. Ed 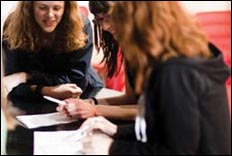 Quay Arts and the Young Chamber of Commerce are supporting the Short Film Competition which forms part of the Minghella Film Festival running between 11-13 March 2011.

Young people should submit a short film inspired by Comic Relief with the winner’s film shown at a gala at Quay Arts during the festival.

Young Islanders will have the chance to express their creativity through film – just as Anthony Minghella was inspired as a young boy growing up on the Isle of Wight.

The challenge that entrants face is to make the audience laugh, just as Anthony did, as a supporter of Red Nose Day.

The film can be made in or outside of school – as part of a team or on your own. All films will be seen by a panel of Anthony’s friends and family and all successful entries will be included in the Minghella Film Festival programme, 11th – 13th March 2011.