You can view the plans on the Isle of Wight council’s Website, but the public consultation for comments won’t open until it’s safe for site notices to be put up 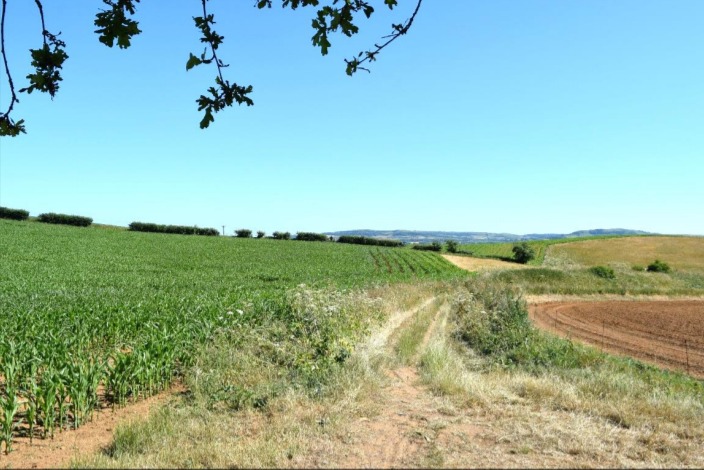 Plans to explore whether the Isle of Wight could be the site of oil and gas drilling have been submitted.

UK Oil and Gas (UKOG), which owns 95 per cent interest in Petroleum Exploration Development Licence 331 at Arreton, has submitted a planning application to explore whether it would be viable for further production.

A site in Arreton, close to the New Barn Business Park, on the A3056, called Arreton-3, which was previously agricultural land, could be the site of an exploration borehole and a side-track borehole.

Previously, boreholes have been drilled on the Island, such as those UKOG are proposing, but when it was found nothing was flowing to the surface the sites were closed.

Exploration well
Now, following a public consultation in December and a public notice published in March, permission is sought to construct, operate and then decommission a well for three years.

The site, which would include drilling rigs, ranging from a 10m water well  rig up to a 38m high hydrocarbon rig would be used to explore and appraise the site for hydrocarbons and to see if it would be viable for round-the-clock operation.

In more than 50 planning documents, some being over 100 pages long, released last Thursday the company stressed the Arreton-3 site, which would have 2.4m high fencing and an on-site security team, would not be the site of fracking.

Neighbouring farms ‘not overlooked’
In a site identification report, the company said that the exploration of hydrocarbons at Arreton represented an efficient use of natural resources in an environmentally responsible manner and that the development would not overlook neighbouring farms and dwellings – the closest houses being 600m away.

Speaking at the public consultation, Stephen Sanderson, UKOG’s chief executive, said the drilling would benefit the Island’s economy, providing security and transportation jobs and he pledged to give a percentage of profits to the Island if the drilling went ahead.

The work on the site has been proposed in four stages: access and well construction; drilling, testing and appraisal; well plugging, abandonment and decommissioning; and site retention or restoration.

The planning documents include a visual impact and ecology assessments, habitat survey and major accident and/or disaster risk assessment, all arguing for the proposals to be accepted.

However, the five-week public consultation on the site will not start straightaway due to Coronavirus lockdown restrictions because a public site notice cannot be put up.

As planners have classified the development as major, as well as having an environmental statement, until planning legislation or lockdown restrictions are changed, the consultation cannot start, so public comments can not be accepted.

If this gets the go ahead, it will lead to the eventual ruination of the island! They were not transparent at the consultations last year even driving those who asked awkward questions out the building with bully boy tactics. Will this change? NO!

Vote Up16-4Vote Down
casw1
Presumably they want to find oil and if they do they will have to trundle their oil tankers through the Island to ship to a refinery. Aren’t we trying to promote the more eco friendly aspects of the Island. A new nature reserve in Newchurch and the release of sea eagles sound more appealing to the well being of both Islanders and visitors. The climate crisis hasn’t… Read more »
Vote Up16-4Vote Down
Angela Hewitt
An ecologist who used to work for a so called independent company that conducted ecological surveys recently told me that such companies are paid handsomely by developers to come up with positive assessments. If they don’t they get a bad reputation and get no further work. This particular ecologist was asked to delay a survey so that a habitat could be removed. This ecologist has standards and… Read more »
Vote Up16-5Vote Down
Angela Hewitt

We have heard it all before. Lies, lies and more damned lies

Vote Up14-5Vote Down
Spartacus
It’s criminal the IOW council is considering this, they clearly have no social conscience. UKOG state it would be beneficial to the Island, the only beneficiaries are UKOG, investors and greedy selfish landowners. UKOG say it won’t be fracking but what they didn’t say is they want to emulate what they are doing on their Surrey site using a process called chemical acidisation which is worse than… Read more »
Vote Up8-3Vote Down