Riders brush off the cobwebs at annual Boxing Day Trial

The traditional Boxing Day trial is not part of the Championship, but there were awards for the best Father and Son pairing, the best Novice and the best Expert riders. Prizes were also given out to the best fancy dressed rider. 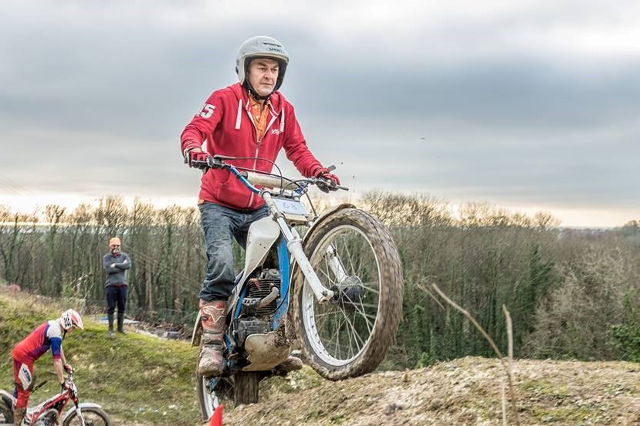 Wayne shares this latest news on behalf of The Isle of Wight Motorcycle Club. Ed

The Isle of Wight Motorcycle Club held its annual Boxing Day trial at Shorwell Chalk Pit courtesy of Mr Ralph Cook. We would like to thank Ralph for inviting us back to what is a superb venue. Very many thanks also to Geoff Taylor and Mark Coombes for giving up some of their Christmas break to set the sections, to all eight Observers and to Viki Taylor for her excellent camera skills.

Prizes galore
The traditional Boxing Day trial is not part of the Championship, but there are awards for the best Father and Son pairing, the best Novice and the best Expert riders. Prizes are also given out to the best fancy dressed rider.

Very many congratulations to this year’s Father and Son winners Ross and Alfie Haydon (pictured below). 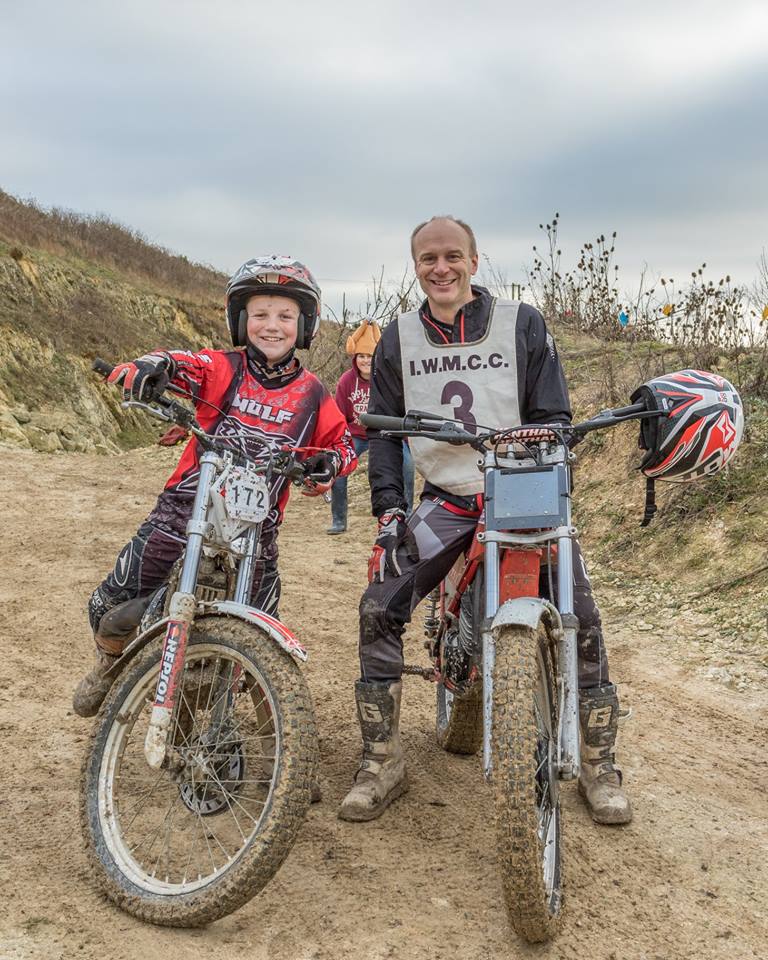 They completed the trial with a combined score of just ten marks. Jon and Ben Read finished one mark ahead of Stewart (pictured at top of article) and Will West for second with a combined total of thirty-three.

James Stay won the Boxing Day Expert Award, for the second consecutive year and Colin Brodie took the Boxing Day Novice Award. A presentation was made to Geoff Taylor, judged to have been the best fancy dressed rider with his interpretation of Mrs Christmas – which certainly caused many smiles and laughter, superb effort. 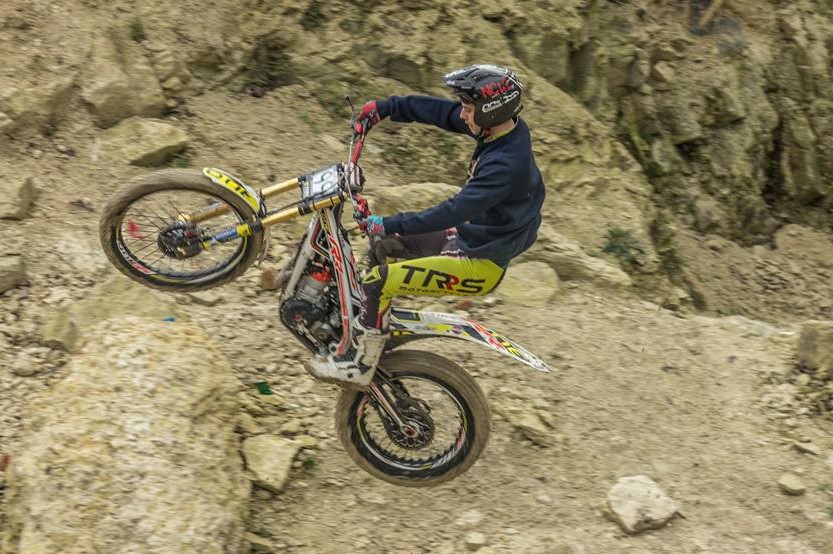 Elite rider; Chris Stay (pictured above) negotiated the four laps of eight sections with predictable ease to end the trial with a clean sheet. Chris is busy preparing for his 2019 British Expert Solo Trials Championship campaign. The first round will be held by Hookwoods Trials Club, Surrey, on Saturday 23rd March and we wish him every success, in what could be a fantastic year for him and the team behind him.

Meanwhile Brother, James Stay won the Expert class in a very close contest from Will West – just a single mark separating these two. Craig Talbot finished in third place. Ross Haydon put in a very confident performance in the Intermediate class finishing the day with a total of four. This effort is elevated as he was taking part on a Twin Shock Fantic but still finishing well clear of those riding the later Mono Shock machines. Ben Read took the second spot with Josh Stephens (also on a Twin Shock) in third. 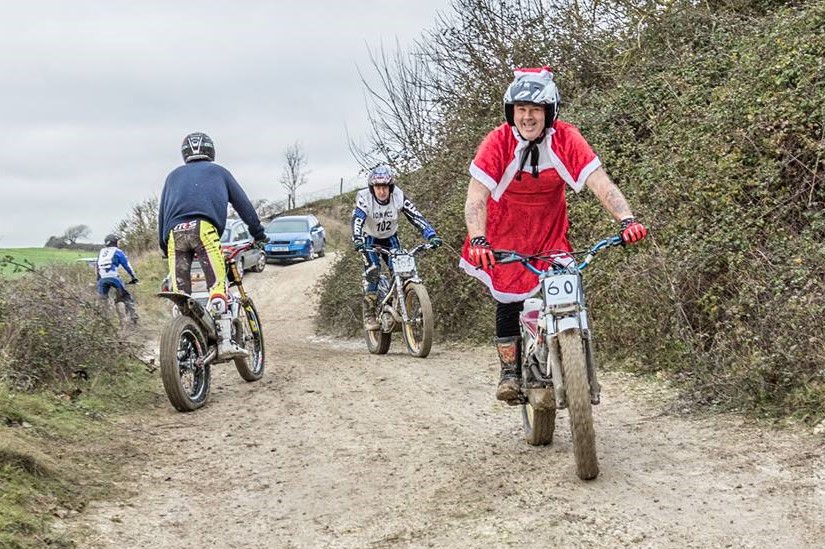 Scout Gregory continues to impress in the Clubman class, this his second successive class win. Scout ended the day on twenty-nine, four ahead of Simon Watmough with Phil Chase in third. Colin Brodie emphatically won the Novice class for a miserly loss of only two marks with Steve Chase in second. It was great to see Stu West back out riding with the Club. Despite a prolonged absence he smashed the Twin Shock class with an amazing total of just two marks. Jon Read was nine more behind in second.

Shaun Harris took on some of the Expert sections preparing for his move up from the Inters for 2019. Riding the Sportsman’s class he finished on sixty-four. 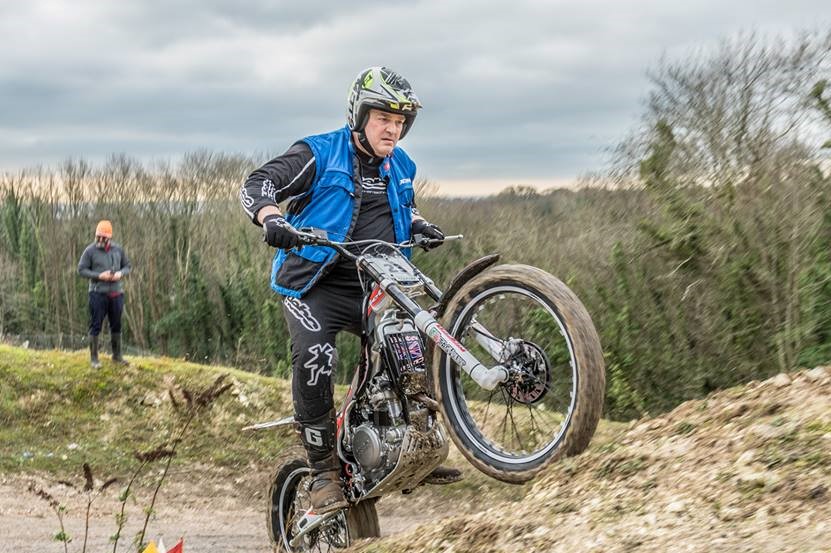 Scott Milton (pictured above) however was the pick of the bunch in the Sportsman’s, ending the day with a total of one, the second lowest score of the day.

Youth riders
Three Youth riders took part, headed up by Harvey Grieve in the Youth Experts. Harvey produced a confident performance with a score of forty-two.

Alfie Haydon (Youth Novice) only dropped marks on sections one and eight to finish with another excellent score of six. The fast improving Josh Morris settled for
second place today but he remains a serious contender for the 2019 title – top effort by all three young riders.

Next meet
The Club next meet for the New Year Shield trial on Sunday 6th January at Sweetwater Brook, Calbourne. The usual start time of 12 noon applies, signing on from 11am.

Entries are now being accepted for the popular Wight Two Day Trial, 27th & 28th April – entries are limited to a strict 150, to save disappointment please get your paperwork in early. All the details can be found in the ‘Forms’ section of the Club Website.

Finally we would like to wish everyone associated with the Club all the very best for 2019.