Coming over from Lymington to a report of a boat run aground at Newtown Creek, this RNLI crew member left his own 40th birthday party to help others 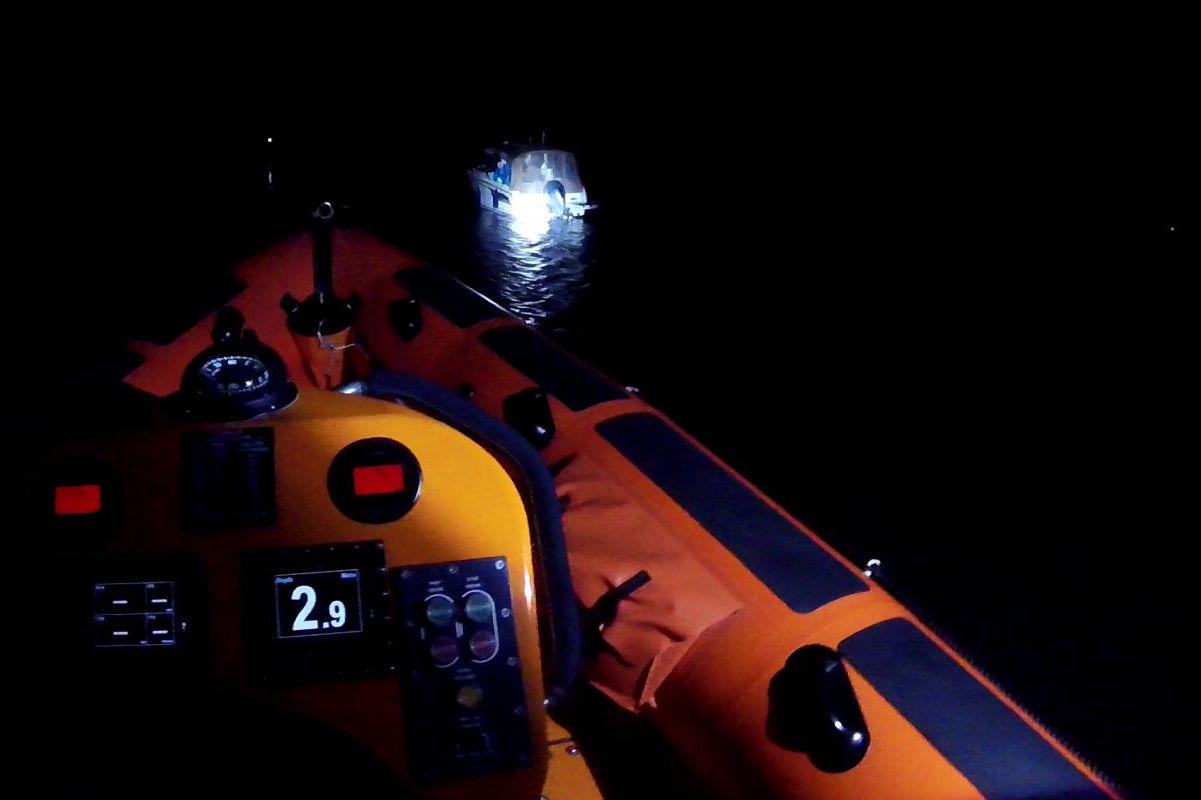 The Lymington RNLI voluntary crew were swift to respond, launching David Bradley, their Atlantic 85 class inshore lifeboat at 7.12pm, under the command of Simon Nuding.

The weather conditions were good with good visibility and on a falling tide.

Boat aground at Newtown Creek
The lifeboat proceeded out of the Lymington river and headed east towards Newtown Creek on the Isle of Wight, where they reported a 7-metre motor boat was aground.

The lifeboat quickly reached the vessel which had two casualties on board and discovered the motor boat was aground on “the wall” inside Newtown Creek, whilst still at anchor. The vessel was not high-and-dry as initially thought.

Given the tide was falling it was critical to re-float the vessel as soon as possible.

The vessel quickly re-floated and was able to make its own way back to Lymington under their own power, escorted by the Lymington lifeboat. The lifeboat proceeded back to the station where the shore crew were waiting and prepared the lifeboat ready for service again at 8.03pm.

Simon was able to rejoin his family and friends quickly after the lifeboat reached the station. Thank you to all our crew members who give up so much time to save lives at sea.