Whether the Executive will change their minds over the proposed changes to parking charges won’t be known until 5th August. 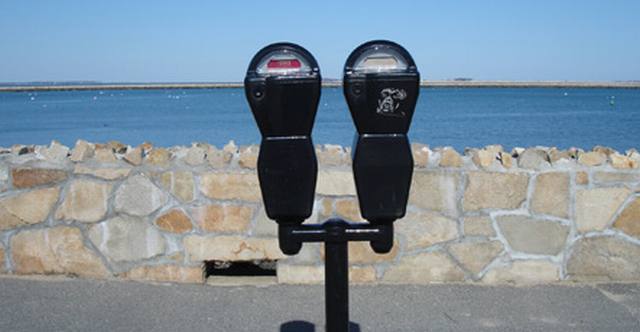 If you were following our live coverage on Wednesday night (or caught up with the updates later), you’ll know that members of the Isle of Wight council Scrutiny Committee considered a call-in of the Executive’s decision to make several changes to parking across the Isle of Wight.

Call for decision to be re-examined
The three councillors who called-in the decision, which included two Independents and a Conservative, argued that proper consultation had not taken place and urged a recommendation that proposed changes be re-examined and a full review carried out before any decision is made. They also asked that any final decision go before Full Council rather than being made by the small group of councillors in the Executive.

Five members of the Committee voted in favour of the motion, one against and three abstained. The recommendation will go to the Executive meeting on 5th August.

Delays could cost the council
Advice to committee members from officers was presented in a paper distributed just before the meeting started.

In the paper, the Head of Finance for Isle of Wight council (Stuart Fraser) advised that any delay in implementing the changes to parking charges (such as introducing charging at Puckpool and Appley car parks) could “cost the council up to £40,000 depending on the length of the delay and the fact that it is taking place during the main holiday season”.

The Executive’s decision to not go ahead with the 6-8pm extended charging had already meant that £50,000 from the £256,000 forecasted income that introducing the changes would create, needed to be found from elsewhere.

Why the decision was called in
Cllr Blezzard, who led the call-in, told members there was general agreement the “whole issue had been handled very badly”.

“To actually use the statutory period before implementation of the parking order as ‘the consultation’ is disingenuous at best.”

He went on to argue the proposals should’ve been consulted on before the traffic order was published, which, in turn, he said, should’ve reflected the consultation. He added that once published the order can only be approved or rejected, not amended. The council have since confirmed this is not correct.

Cllr Blezzard went on to say that “all too often” reports are used to justify a conclusion rather than to reach one. He said there is nothing in the papers to guarantee the income suggested would be achieved, but that it had “created a lot of resentment”.

“Thin on fact and long on subjective probability”
Supporting the call-in, Conservative councillor for West Wight, Stuart Hutchinson, started by questioning where the strategic review of parking they ‘had been promised’ was.

He said the “desktop exercise” was “thin on fact and long on subjective probability”.

In reference to the proposal to remove the free first half hour at Moa Place car park in Freshwater, Cllr Hutchinson reminded members there are only a small number of free on-street parking places in Freshwater, despite it being the primary service centre for the whole of the West Wight, “poorly served by buses” compared to other parts of the Island.

“It seems to me this decision is being taken with undue haste, little collection of evidence and no consideration of alternatives.”

He finished by saying a proper review of parking over the next six months would reassure the 10,000 Islanders who opposed the changes that their concerns are being heard.

Cllr Whitby-Smith also spoke on the subject opposing the decision made by the Executive to go ahead with the majority of changes proposed in the Parking Order.

Cllr Gilbey responds
The Executive member responsible argued there had been considerable debate and consultation on the changes put forward by officers.

It had been suggested by those opposed to the changes that a 4% increase to the tariff across the board would have created enough income to allow the 20 car parks to continue to operate as free car parks, as well as the free afternoon in five car parks to remain in place.

This was disputed by Cllr Gilbey, who told members a 4% increase across the board would only amount to £94,000 projected income, against the £256,000 needed (or £306,00 if you include the £50k projection for extended 6-8pm charging that will not now go ahead).

An option to consider one hour free car parking at “beach front” car parks had been considered but rejected by officers, as it would have “cost the council” in excess of £93,000.

The Conservatives’ calculations for overnight parking
Leader of the Conservative group of councillors, Cllr Dave Stewart, asked about winter charging on Ryde seafront, as well as charging at Blackgang Viewpoint car park – which when it was being considered for disposal included a condition ensuring free parking for visitors.

Cllr Stewart went on to mention the budget proposal put forward by his group earlier in the year to charge £1 for overnight stays in all council car parks.

He explained they’d calculated it would raise £96,000, adding,

Cllr Gilbey dismissed the option of overnight charging because of the impact on the economy. The leader of the council stepped in to confirm that winter parking on Ryde seafront was being reviewed.

“It’s quite funny really because I’ve actually had a conversation with the people taking on the concession at Blackgang Viewpoint and informed them that we’re not actually implementing charges at this time. So that actually solves that problem.”

The recommendations voted upon (see top of article) will be considered by the Executive on Tuesday 5th August. Members of the public are welcome to attend the meeting which is held at County Hall from 6pm.

Image: quatrosinko under CC BY 2.0

I’m not clear what Cllr Stephens (from live Scrutiny tweets) & Cllr Stewart (this piece) were getting at when they were looking to review /asking about Ryde winter seafront parking – it’s been in place maybe a couple of years, so they are thinking to do what with it?

There is no charge to park at some of the other seafront locations during the winter. If the Indies want to equalise parking rues across the Island, they’d need to look at scrapping charging on Ryde seafront in the winter.

Oh I see, thanks for clarifying.

Vote Up00Vote Down
peter
Lets target pricing. If you want to attract trade for shops; then £1 for 2 hours. Elsewhere £1/hour; £2 for three hours; £4 all day. In Winter make it free for 2 hours by shops. Why not make charges simple and constant Island wide. And if you purchase an ALL Day ticket that ticket can be used at other Island Council Car Parks for that day. In… Read more »
Vote Up00Vote Down