The 110-ft ferris wheel does not yet have planning permission, but owners believe it will bring more visitors to the region because of the spectacular views, including the Isle of Wight. 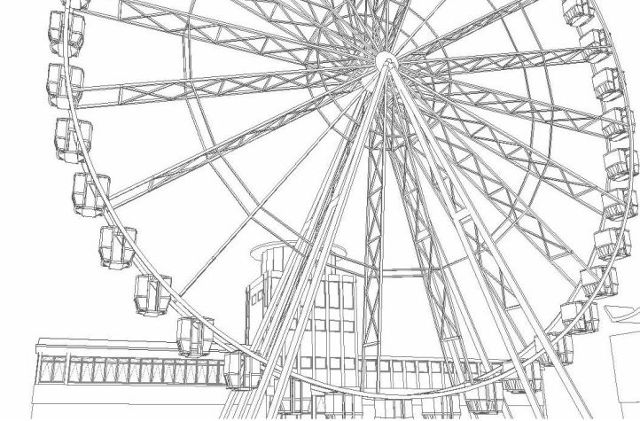 Plans are afoot to install a £750,000 ferris wheel on Southsea seafront.

Clarence Pier (next to the Hovertravel terminal) has revealed their plans to install a 110ft-high wheel.

The giant ferris wheel, being dubbed the Solent Eye (although 333-ft smaller than the London Eye), should be in place by the end of March 2016.

The wheel has not yet been given planning permission, but a previous application for a larger 130-ft wheel was secured in 2007.

“We’ve always thought the seafront would benefit from a big wheel, because it has spectacular views.

“You would be able to see the dockyard, the harbour and the Isle of Wight.” Leader of Portsmouth council, Donna Jones, is reported as saying the Pier owners should have secured planning permission before splashing out, but owners have said if permission is not granted, they’ll take the wheel elsewhere.