A year-long study of the the Isle of Wight’s transport infrastructure, including the train line, bus service, ferries, the Medina River link and more. OnTheWight has the details of the Task Force recommendations. 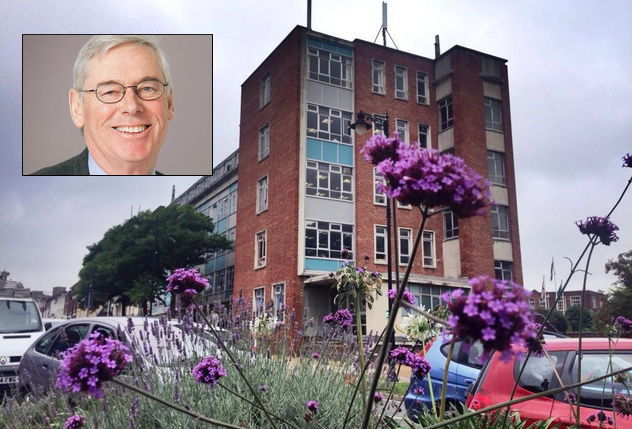 In July 2016, a Transport Infrastructure Task Force for the Isle of Wight was formed. The Task Force was headed by Christopher Garnett, an independent transport expert, who gave his time free of charge to the Task Force.

Over the last year the Task Force focused on a wide range of connectivity, integration, regeneration and funding issues vital to the Isle of Wight’s future. This morning Mr Garnett publishes the outcome of that year of study.

It’s understood the report is large. We’ll do our best to pick out the key points – as always, we welcome any feedback/insight from readers.

Below is the official Isle of Wight council press release and report (jump to report). A number of articles will develop from this. Ed

The Isle of Wight’s Transport Infrastructure Task Force has today (Wednesday 26 July) formally presented its report and recommendations to the Isle of Wight Council.

The report makes a series of recommendations on key transport issues affecting the Island including cross-Solent links, Island ‘gateways’, reducing congestion, sustainable transport and greater use of technology. The recommendations will be considered by the Isle of Wight Council’s Cabinet.

Set up last year
The independent task force was set up in 2016 to focus on a wide range of connectivity, integration, regeneration and funding issues vital to the Island’s future. It comprised a range of representatives from business, tourism and official bodies – and received views from more than 40 organisations, including ferry operators, about the challenges and opportunities that transport has for Island residents.

In his foreword to the report, Mr Garnett said:

“As is to be expected a lot of issues were raised, but the overriding issue was in relation to the service that the cross-Solent operators provide for the Island. The Island is in an unusual position in the UK in that all the operators who provide the cross-Solent services are in the private sector and have no public service obligation and no service contract with the local authority or governing body.

“With a population of nearly 140,000 the Island is by far the largest island in the UK not connected by a road bridge which currently has no direct influence on the provision of such critical lifeline services. In many ways the Island gets a good service, but for some the fares are high and in some important respects it does not provide the Island with the service it needs. The task force has made a critical recommendation to address this aspect and very much hopes that there can be constructive dialogue between the Island and the operators to address the issues.”

Cross-Solent recommendations
The recommendations on cross-Solent links include: asking the council to set up and lead a cross-Solent operators’ partnership board to discuss key issues for the economic development of the Island, as well as increased services and travel offers; lobbying central government to get financial help for those who have to travel to visit family in hospital; and for an independent study to be undertaken to evaluate the cost benefits and feasibility of a fixed link across the Solent (road or rail).

“Island gateways create valuable first impressions of the Island for visitors, and many of those attending the hearings expressed concern about the quality of the current gateways.”

The report recommends improvement to the terminals at Ryde Esplanade, Cowes and East Cowes.

“The issue of traffic congestion around Newport is a big challenge, but we are hopeful the planned investment will help in the short term. However, in the longer term some major investment is likely to be needed.”

It recommends that the council works closely with the new franchise owners of Island Line and with Network Rail to identify and develop options for reducing the cost of Island Line, as well as modernising the line and investing in its future sustainability.

Other sustainable transport recommendations include developing a cycling and walking investment strategy; assessing the feasibility of corridor improvements for bus services; and reviewing the funding for maintenance of footpaths and bridleways.

“We are encouraged that the Island Line franchise has been let, with also a clear requirement to engage with the council over its future.”

On greater use of technology related to transport, the report’s recommendations include: working with the digital sector to explore and accelerate the delivery of improved services; working with mobile technology companies to improve network coverage across the Island; working with transport operators to encourage smart ticketing opportunities; improving Island information through National Rail at Waterloo station in London; and investigating future opportunities for alternative transport modes.

“I would like to thank my fellow task force members who gave up so much time and effort to this report on a voluntary basis. We would like to review early next year how the recommendations we are making are being progressed.”

“I would like to reiterate my thanks to Mr Garnett and the task force for the many hours they have given in seeking out key information and views for the compilation of this important report. Now that the council has formally received the report, our task will be to closely consider its contents and recommendations and explore how we can initiate and undertake improvements for the benefit of Island residents and visitors – alongside the many crucial economic and investment issues.

“As a council we are committed and determined to growing the Island’s economy by working closely with businesses to secure inward investment, create jobs and increase the wealth of the Island. A strong and effective transport infrastructure is a hugely important part of this, and the recommendations of the task force will play a major part as we plan ahead.”

The Task Force
The members of the task force were:

Well that was a whole load of nothing. What was it, £20k of public money?
However I would like to know who commissioned the additional consultants AtoThere, what their brief was, how much they cost and where the money came from.