The soap is set in a community where everyone knows everyone else. Sound familiar? That’s because it’s set on the Isle of Wight 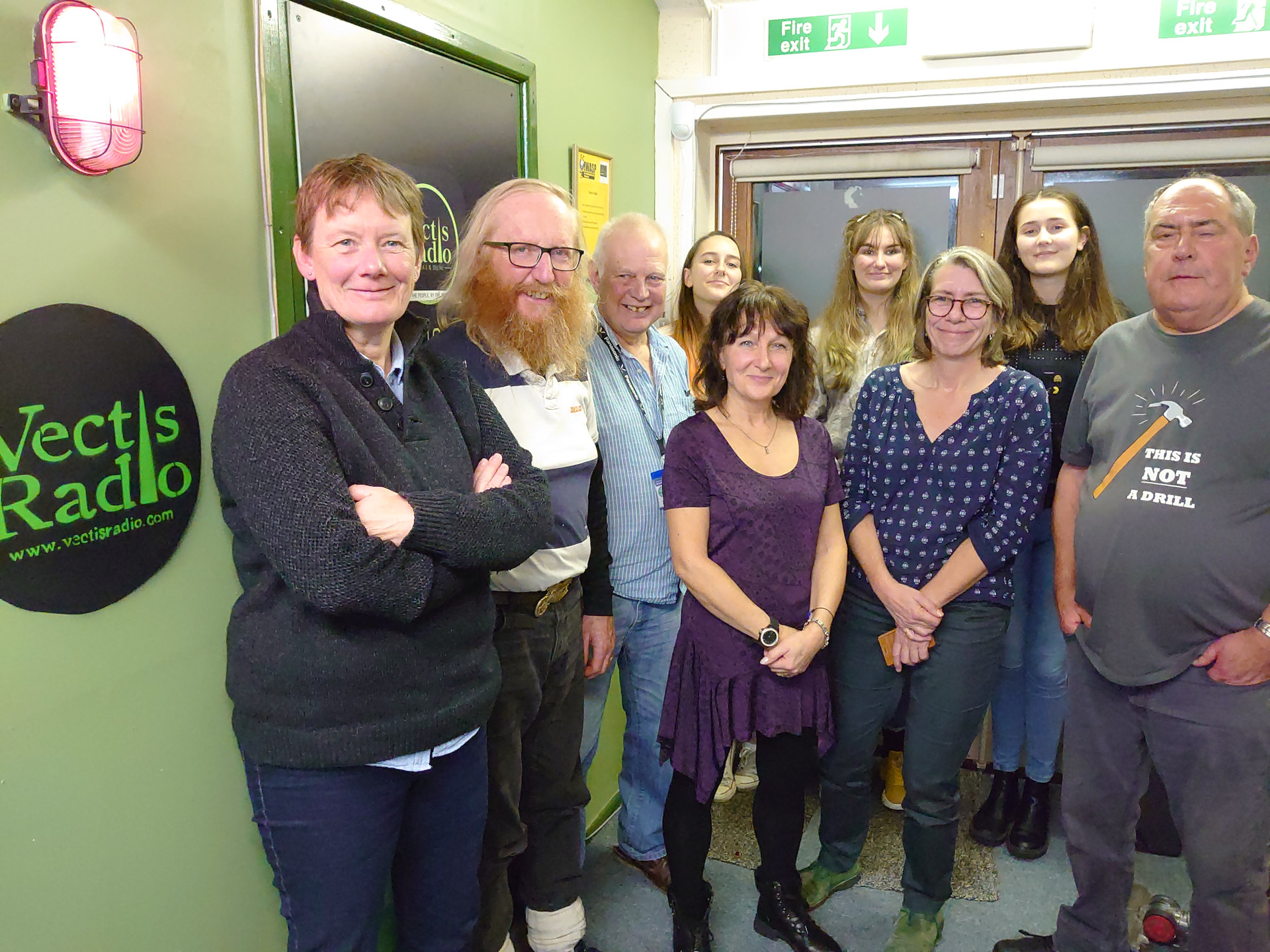 The Island’s very own soap opera will celebrate its centenary episode just before Christmas.

‘Penny for your Thoughts’ (PFYT) is broadcast on Vectis Radio on Fridays after the news at 6pm. Fans can also catch up by listening to the podcasts of each episode on the Vectis Radio Website.

The landmark 100th episode goes out on Friday 20th December.

The programme started with just two actors and was recorded in the staff room at St George’s School in Newport.

Inspired by The Archers, the writer, Marion Hartley, hit on the idea of having the series broadcast, and approached Vectis Radio.

A regular cast of 13
Marion, a former professional actor and dancer, who works at St George’s said:

“I have always thought the Island would be a great place to set a drama. PFYT is set in a community where everyone knows everyone else!

“The ideas just come to me, and it’s always exciting, putting the next episode together.

“I am immensely grateful to Vectis Radio for giving me the chance to create PFYT. I never dreamt that it would make the 100th episode. Now there is a regular cast of 13.”

A lot of laughs
The soap is produced by Vectis Radio presenter, Brian Curtis, who said:

“We are a great team and have a lot of laughs when we are recording.”

Marion is working several episodes ahead, and is not giving any secrets away about what happens next.

Listen or take part
Penny For Your Thoughts. Every Friday just after 6pm at Vectis Radio. Listen at fm104.6 and online via the Vectis Radio Website.

Any budding soap stars keen to join the show should contact the team by sending an email to studio@vectisradio.fm

Cripes, if we gave Councillor Churchman a radio show called Penny for Your Thoughts we would be listening for hours and yet have no money whatsoever!