Two teams of Isle of Wight Fencers took on the Royal Navy at their dockyards recently and returned to the Island with their heads held high. 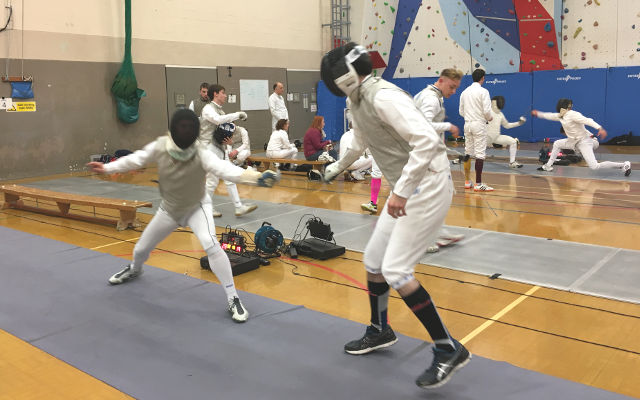 Senior Fencers have returned from a Fencing Match at the Royal Navy dockyards with heads held high.

Against strong teams from the Royal Navy, Southampton University and others, two teams of Isle of Wight Fencers took part in an all day competition organised by Royal Navy Fencing. Of the seven strong group only one had fenced in a senior competition before, but the A team still managed second place.

The B team, with several novice fencers, fenced valiantly with vast improvements seen during the day. Although they didn’t manage to match the A team, the progress made was astonishing and we have high hopes for their future.

Setting an excellent example
Nick Stuart, who organised the teams and refereed all day, stated it was one of the nicest fencing competitions he’d taken part in.

There are two Island clubs at: