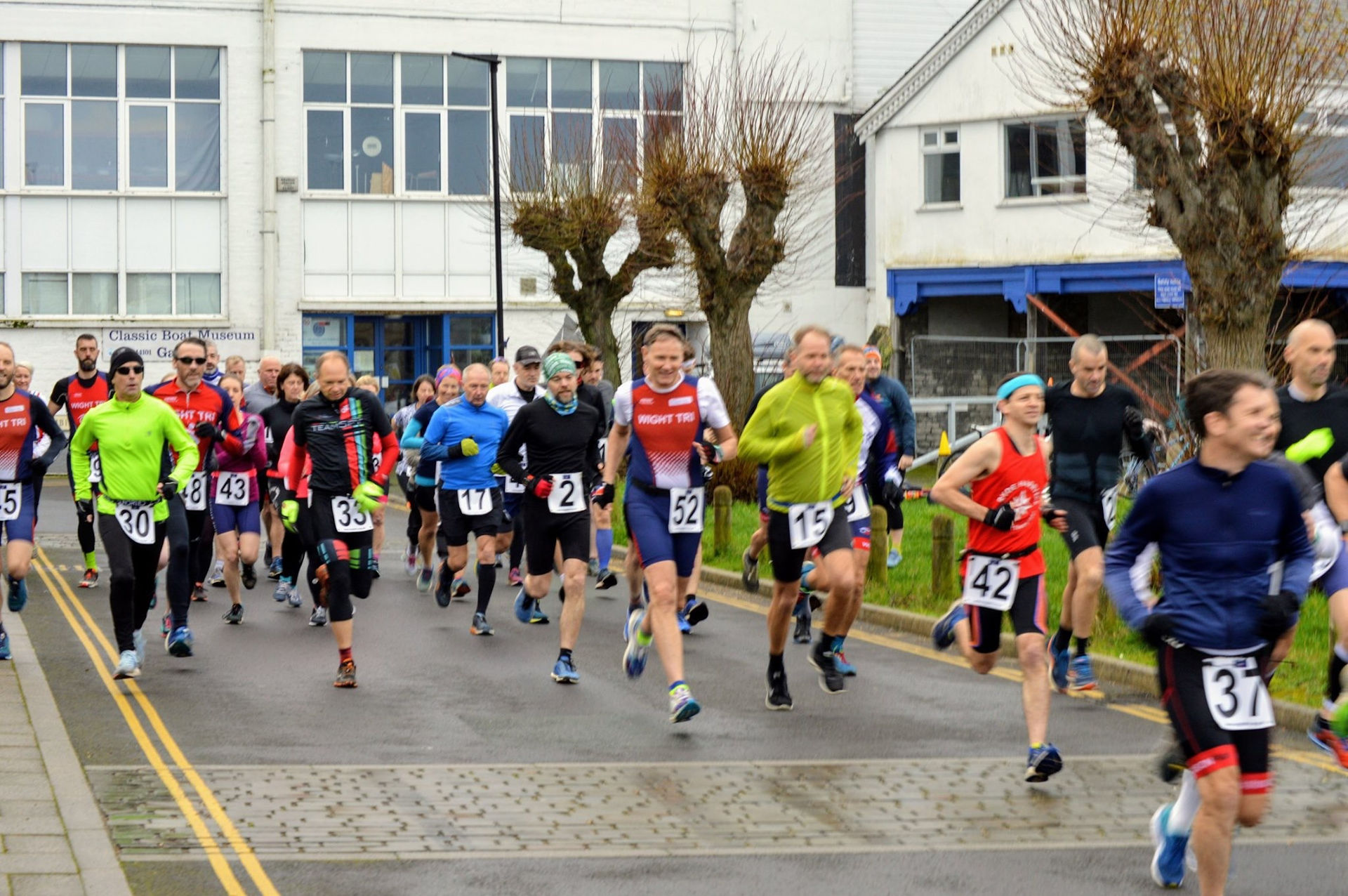 A record number of competitors took part in the second of the Wight Tri Winter Duathlon Series, the East Cowes Enema Duathlon.

This was organised by Events Coordinator, Neil Cooper, in conjunction with the BTF Go Tri Initiative, which allowed entry for junior competitors aged 15 and above.

Almost 50 took part
Starting at the transition on the seafront at Columbine Road, 48 competitors braved the cold and damp conditions to take on the choice of either a 2.2km or 4.2km run route, followed by one, two or three laps of the 10km cycle route, which took the cyclist up York Avenue, out through Whippingham, turning at the  roundabout at the cemetery and retracing their route back to transition to then complete their second run.

The winners
First to finish in the nominated times event was new member, Joe Tigwell, who completed the long course run and bike routes in 1:54:55, only five seconds inside his nominated time.

Second was the team of Dave Dent and Jonathan Woodhouse, who posted the fastest overall time for the same course of 1:24:52, eight seconds, inside their estimate.

The fastest  individual time for the long course was posted by Simon Pilcher in 1:23:42, with Isle of Wight Junior Triathlon Club member, Kaitlin Wilson, posting the fastest female time for the short course of 46:30.

Wight Tri would like to thank Russ Mellor of Cut Laser Cut for the continued support in supplying the Duathlon momentos to all competitors and to the winners.

Next meet
The next Duathlon in the series, is the Chillerton Crucifier on the 26th January.

Liz shares the report on behalf of Wight Tri. Ed

Am I the only person wondering why the term ‘enema’ has been chosen?!

I did ask and the response was, “As the name enema suggests.. something to do with it giving you ‘the runs’, as it’s a tough race!”