In only his second Premier League appearance, Zeph Wells, recorded the third best bowling figures ever in Division 1, putting him into the top ten all time performances throughout the Premier League 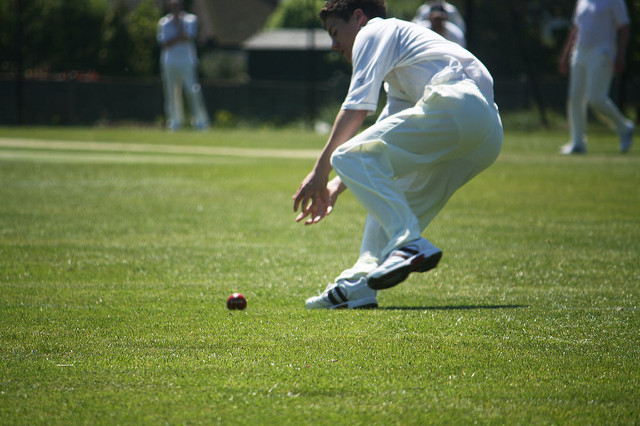 In only his second Premier League appearance, medium pacer Wells took 8-38 to help dismiss the home team for 185 and record the third best bowling figures ever in Division 1. His astonishing return also put him into the top ten all time performances throughout the Premier League and perhaps the youngest ever Southern League player to achieve such impressive figures!

The match was also memorable for an outstanding display from Schaughn van Greunen. The 21 year old from Cape Town, making his Ventnor debut, smashed a brilliant, unbeaten 123 from just 62 deliveries and thumped eleven sixes and nine fours.

Rob Snell’s side take on Rowledge at Newclose on Saturday at 1pm.

Hilsum hits a ton in Ventnor win
A fine innings of 102 from Ian Hilsum was the cornerstone of Ventnor second team’s 81 run success over local rivals Ryde in Hampshire League Division 1 at Harding Shute on Saturday.

The former first team skipper received support from Mark Price (47) and Hugh Calloway (46) as the visitors totalled 249 from their 50 overs, Ben Wadmore taking 4-43 and Sam Rockley 3-52.

The Ryde reply was undone by an impressive opening burst from Harry Ridley, the teenage left arm seamer taking three early wickets to reduce the home side to 24-3. Wadmore followed up his bowling figures with an excellent knock of 83 but lacked support as the innings ended at 168, Ian Hilsum (3-16) and Charlie Calloway (2-41) doing the later damage.

The team welcome Old Tauntonians & Romsey II to Steephill on Saturday at 1pm.

The side travel to Fair Oak V on Saturday.

Image: Britanglishman under CC BY 2.0