On the Isle of Wight there have been dramatic reductions in species such as water voles, nightingales and even common species like the large white butterfly. The Hampshire and IW Wildlife Trust says we have to act now to protect our wildlife. 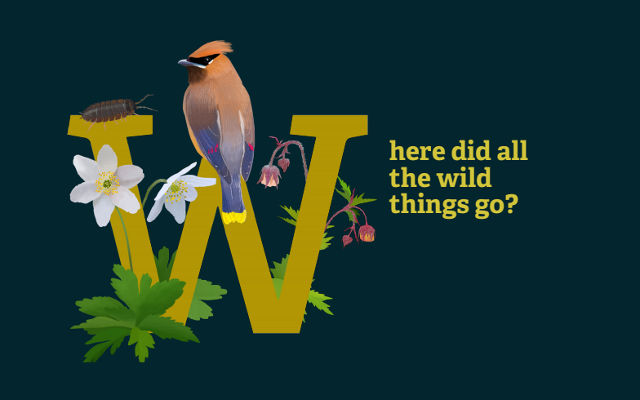 Hampshire & Isle of Wight Wildlife yesterday (Saturday) launched a new campaign to secure a wilder future for the county.

In a speech to members, Debbie Tann, Chief Executive, said:

“There’s complacency here when it comes to the state of the natural environment. Although our county looks green and pleasant, our wildlife is in freefall.

“This is important – not just because of the incredible plants and animals that we are losing, but because we all depend on the natural world for our own survival and for the health of our society. We have to act now to tip the balance in favour of nature’s recovery.”

This loss is being driven by intensive agriculture, climate change, development, recreation pressure and unsustainable use of natural resources.

Research has demonstrated that nature plays a vital role in improving physical and mental wellbeing and yet many people are disconnected from their natural surroundings and rarely spend time in nature.

Need many more people on nature’s side
Debbie Tann will go onto say that:

“While the Wildlife Trust has achieved a great deal in the past few decades – creating fantastic safe havens for wildlife on our nature reserves, working with others to improve areas for wildlife and offering hundreds of thousands of opportunities for people to connect with nature – we cannot hope to turn the tide by ourselves.

“We need many more people on nature’s side and much, much more space for wildlife.”

Changes we’d like to see
A paper published by the Wildlife Trust sets out the changes that they would like to see: from re-wilding large areas of land and new approaches to farming, housing and business, to wilder towns, cities and gardens.

The paper suggests that 30% of all land should support wildlife and also calls on Government to make sure that new laws set ambitious targets for nature’s recovery.

Have your say
The Wildlife Trust is inviting people from across the county to have their say in what a wilder Isle of Wight should look like.

They are encouraging individuals to play their part by making space for wildlife in their own gardens, considering changes to their lifestyles that could help the environment and by asking their MP to support an ambitious new Environment Act.

A reduction in the number of houses proposed on the Island. Covering this green and pleasant land in concrete is not helping to keep it wilder. In my area, there has been a dramatic loss of all our small birds’ with the exception of Robin, Wren & Dunnock. The Corvids are the most seen here

Vote Up100Vote Down
campaigntoprotectruralengland
As the Wildlife Trust advises, we must let wild areas remain wild and that includes keeping walkers and dogs out of the most precious aspects of our island. The coastal path extensions currently being mapped across the island are seriously bad news for wildlife living in the last remaining untouched tracts of our coastline. The community needs to seriously think whether they feel their walking needs are… Read more »
Vote Up7-3Vote Down