Newport rocked as Poundland goes against their name and drops their prices to 97p. 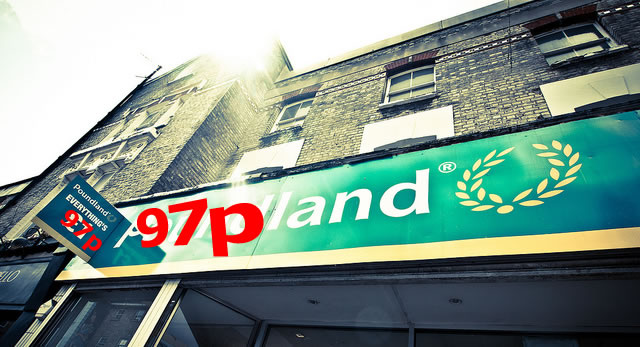 In the dog-eat-dog world of low-priced goods, a battle has broken out in the capital of the Isle of Wight, Newport.

Poundland – the shops famous for selling things for, errr, a pound – has broken with their well-known convention, dropping its prices to 97p, in a price-battle with another newly-opened Newport shop which undercut them by a penny, selling for 99p.

Poundland tells OnTheWight that the Island shop is only one of a few across the UK that’s benefited from the reduction.

“Like all retailers we test competitor response options all the time and this is just one of a number of tactical options,” says Jim McCarthy, CEO at Poundland.

Any others we’ve missed? (Sure there’s loads)

Image: pittaya under a CC BY 2.0 license

newest oldest most voted
BRIAN
Says in all really about the market economy. Staff wages have to be paid out of this 97p So assuming they are being paid the minimum wage of £6.31, exactly what do they have to do for it? If you have seen the Panorama programme about the pickers at Amazon, it makes you wonder what the Poundland people have to do. I may be wrong and it… Read more »
Vote Up00Vote Down
Simon Haytack

Update: 99p Stores have now said they’ll reduce their prices to 97p from tomorrow.. The war goes on!

Just today I bought an item for one pound.
thereby losing out by three pence
Is there to be no end to the way we poor keep getting fleeced by the Tory rich?

oh please…how daft can you get….soon we might all be shopping at the 50p shop and half of both staff will be out of work! room for competition fella`s…

Poundland are willing participants of the government-sponsored slavery programme (or “Workfare” as they prefer to term it), so can get all the staff they want without having to pay them.

No wonder they can afford to knock another 3% off the price of the tat they sell.

I used to say of a relative ‘he is so tight, the only reason he shops in Poundland is because we don’t have a 99p store.

Looks like our family joke has had its day.