A campaigner for the rights of those in the trans community, a musician, artist and poet, Bruce Laker/Phaedra J Kelly passed away earlier this month. The funeral service takes place on Friday. Our thoughts are with all Bruce/Phaedra’s family and friends. 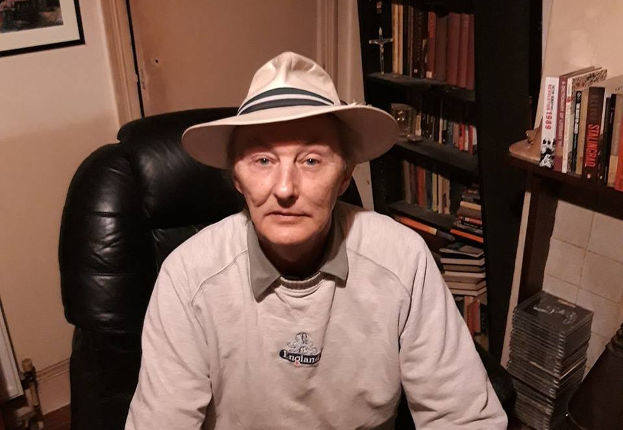 Transgender musician, poet and artist Bruce Laker aka Phaedra J. Kelly sadly passed away on the Isle of Wight earlier this month.

‘Gender transient’
65-year-old Bruce was well known in the trans community around the world and famously created the term ‘gender transient’, which was included in the Oxford English Dictionary in the 1990s.

It describes a person who does not want to be a man or a woman, but someone who experiments with both identities.

He suffered two heart attacks, the first in the hospital waiting room, the second a while later, but after seven hours of holding on, his body couldn’t cope with the organ failure. Musical collaborations
Founding member of the band Electro Magnetic Workshop, as well as the Ecurbrekal Poetry Band, Phaedra had a distinctive style and performed widely on the Island as well as collaborating with the likes of skateboard company, Wight Trash.

With at least three published poetry collections under her belt, Phaedra also performed at Bestival in 2017 after it moved to the mainland.

Understanding ‘gender transient’
As pointed out by Zagria in their obituary of Phaedra, several books quote her as saying:

“It’s about a discipline of duality with an open mind, without changing sex with hormones, with pills, with injections or surgery, living one’s dualism as much as possible. If I am Phaedra, I allow elements of Bruce through, and there is no self-hating or loathing going on.

“If I am Bruce I allow elements of Phaedra – it’s horses for courses, but like the transvestite, and to some degree the trans person living full time, I live with a separate identity. I have accepted my separate identity as well.”

Flowers are welcome and all enquiries via William Hall Independent Funeral Directors, Newchurch (898 688).

Our thoughts are with all Bruce/Phaedra’s family and friends.

Thanks to Mike for the heads-up

I met Bruce/Phaedra several times in the 2000s and thought him a complex, sincere character who patiently described a way of life I knew little about and I had difficulty understanding. I liked him and wished I had got to know him better.