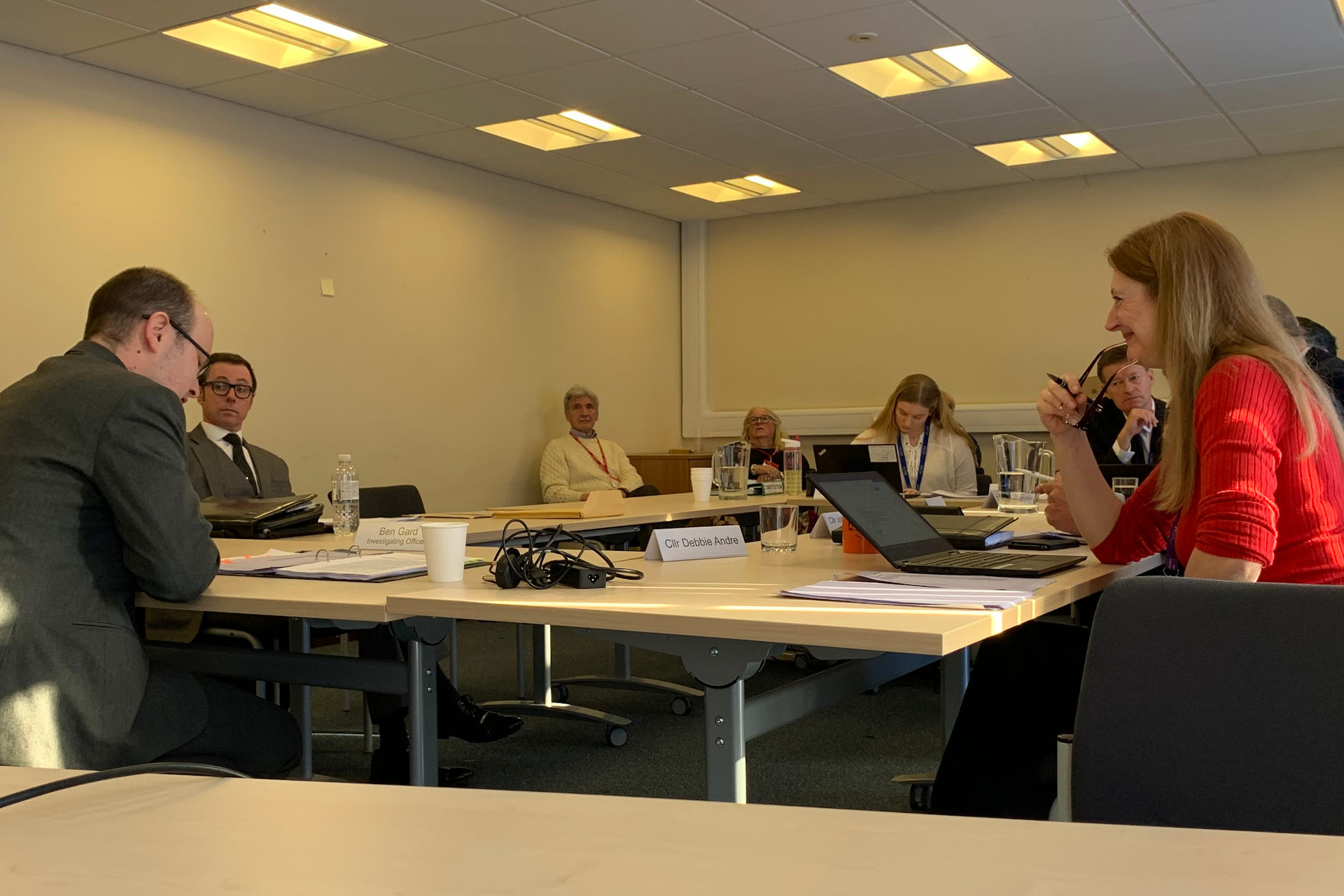 Insufficient evidence in a code of conduct complaint has meant a Bembridge Parish Councillor has been cleared of allegedly swearing at a fellow member in a public meeting.

Cllr Richard Weaver, who has served on the parish council since May 2017, allegedly called Cllr Alasdair Steane a c**t — something he has always denied — at a meeting in September 2018.

Insufficient evidence
Speaking at a meeting of the Isle of Wight Council’s appeals sub-committee today (Wednesday), Ben Gard, acting as investigating officer, found the explanation given to him by Cllrs Weaver, Grant Stillman and Margaret Donlon plausible, that Cllr Steane was called a ‘cult’. However the evidence was insufficient.

Allegations of bullying and harassment
The incident occurred after former parish council clerk Emma Goldring gave an emotional speech resigning from her post, alleging she had been bullied and harassed by some Open Bembridge councillors and supporters.

As the councillors settled to resume the meeting, it is alleged Cllr Weaver called Cllr Steane ‘a c**t.’

Video evidence
The video showed Cllr Steane reacting to an insult and trying to bring the matter to the attention of the chair, Cllr Keith Fagan, who carried on with the meeting.

Cllr Steane tried to bring it up again, stating he had just been called the ‘c-word’.

“You are one. If anyone should resign, it is you.”

Weaver’s defence
At the appeals meeting, Cllr Weaver questioned how Mr Gard could find his account plausible yet ‘arrive at any other conclusion’.

He defended himself saying when he first answered investigations questions he said he ‘may have used the word cult’ but having watched the video reminded him he ‘simply mouthed something’, that was not audible.

Weaver: “Obvious motive to discredit me”
He said:

“You have three people who did not hear an offensive word. I think we all agree that if the word had been used, all those present would have taken issue against it.

“It is perhaps most telling that at no time was there a reaction from other councillors, members of the public or the clerk.”

He also produced Facebook posts from the Open Bembridge page saying there was ‘obvious motive to discredit me’.

Weaver: Publicly documented hatred towards me
A post from July 2018, before the incident occurred, contained a picture of a Weever fish, warning members of the group to look out for the ‘slimy, little creature … spellings may vary’ that ‘can be crushed under foot’.

“It is publicly documented there is hatred towards me — the motive behind this complaint is to damage my reputation and business.”

Found not guilty
Cllr John Kilpatrick, the chair of the committee, said:

“On the balance of probabilities and having carefully considered the conflicting evidence, Cllr Weaver is found not guilty.

“It is the decision of the panel that there is insufficient reliable and irrefutable evidence to reach a conclusion that a breach of the code of member conduct has occurred.”

Cllr Weaver had nothing further to say.

newest oldest most voted
Eagle eye
There seems to be a lot of unrest with the way councillors are conducting themselves at meetings. I certainly think the old, pale and stale should be retired. Very few can manage the role and the residents are not going to take the arrogance and disrespect of councillors for much longer, We do pay tax for councillors who seem to show nothing but contempt for the people… Read more »
Vote Up11-2Vote Down
Benny C
Like it. Watching this lot reminds me of Dads Army. It’s depressing seeing the narrow band of experience and limited thinking power in the room, evidenced by a worrying tendency toward a ‘politics before purpose’ approach, a frightening resistance to change; belligerent, arrogant, subjective attitudes often based way in the past and a propensity to make muddled decisions. Sandown looks like it does because of the makeup… Read more »
Vote Up17-3Vote Down
long in the tooth
Eagle Eye, allegedly a complaint against ex Cllr Tommy Millington, an Open Bembridge supporter, was upheld for using bad language in a meeting. This was never published in the press because by the time the decision was made public Mr Millington had been removed for non attendance at meetings. I would rather ask in the case of Bembridge Parish Council how may complaints had been made and… Read more »
Vote Up9-1Vote Down
Angela Hewitt

So Cllr Weever called Alasdair Steane a “cult” did he? Yeah? Ya think? Alasdair should have decked him. Get in, son!

Vote Up5-5Vote Down
long in the tooth