Discrimination will not be tolerated say Student Council

The Vice Chair of the Student Council says, “We will strive to teach every student in the Academy that discrimination is unacceptable and will not be tolerated” 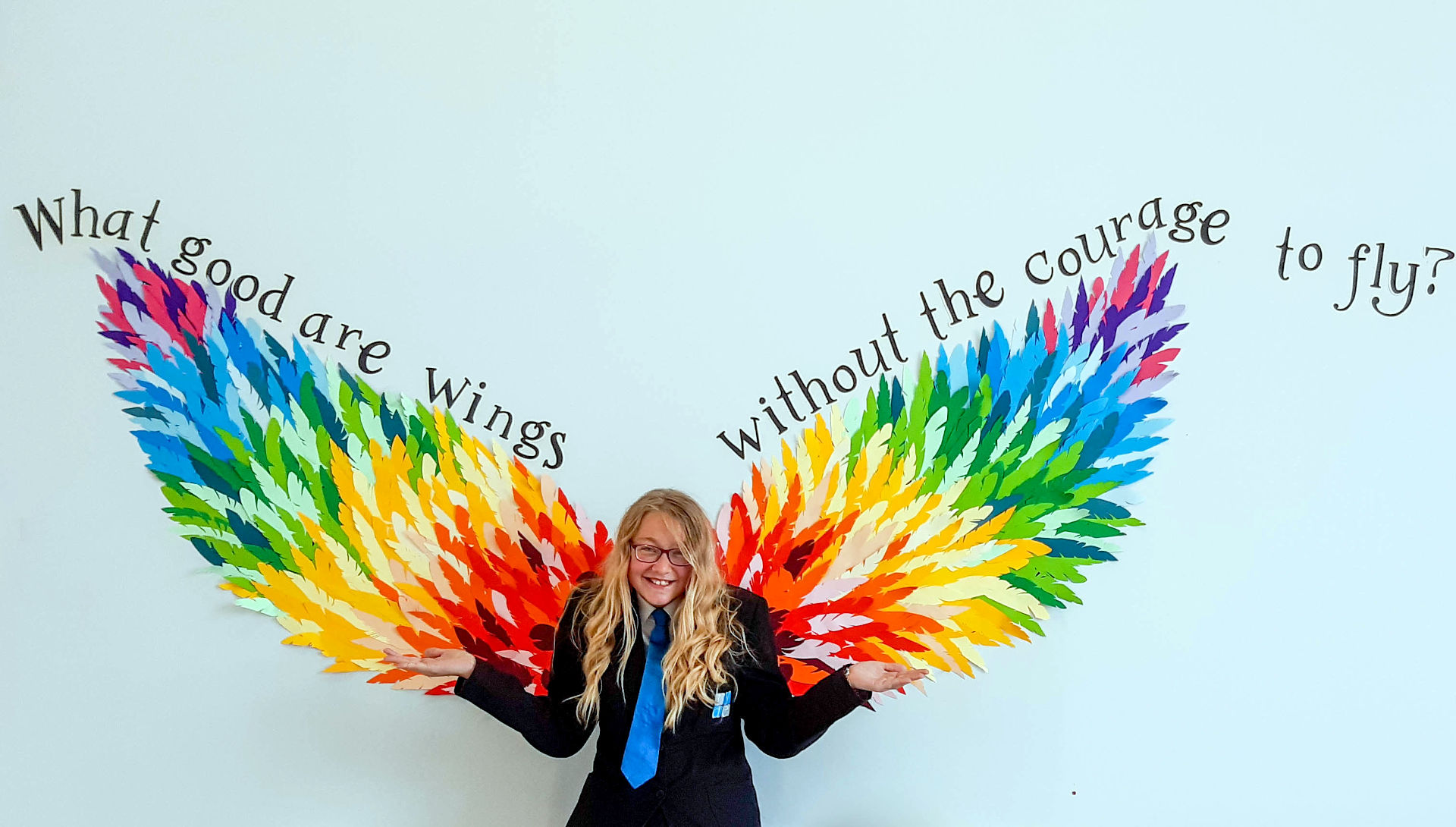 At their last meeting in June, the Ryde Academy Student Council decided they wanted to organise some projects within the school to raise awareness of, and promote diversity. It complemented some of the work already being done in the Academy and by students outside of school.

As part of this they organised a poetry competition open to all students along with the English Department. They received a number of entries and here are just two of them.

It doesn’t matter if you’re black or white, never apologise for who you are,
It’s about time we all put up a fight, we are all equal, no need to lower the bar.

Children aren’t born with hate in their hearts, they are taught and shown these ways,
Instead we should teach children to be nice, and show respect for the rest of their days.

So much sadness throughout history, relating to if your white or black
When really all that should have mattered is who was there for you and had your back.

We are all beautiful in our own wonderful ways, and we should be forever grateful for what we are.
Everyone needs respect, you need to realise that and get out of this horrible phase

As time has moved forward and the world has changed its ways,
Sadly there are still some people stuck in the olden days.

Where black and white were different and one was above the other,
Whereas we actually live in a world as equals like one another

The colour of our skin,
the religions we believe,
the only thing that matters
are the footprints that we leave.

Come over here and sit
I want to tell you a story
about Martin Luther King
one of the greatest men in history.

He spent his whole life fighting
for black people’s rights.
He calmly protested
without starting any fights.

There was a famous women
her name was Rosa Parks,
she too fought for black rights
and led them out the dark.

She was sat on a bus
when a white man came up to her,
he demanded for her seat,
the rest was just a blur.

She refused to give her seat up
and the white man called the police,
the next thing she knew
she was pulled to her feet.

Black is just a colour,
the colour of our skin.
When you look at the big picture
it doesn’t mean a thing.

Inspirational artwork
In addition, they wanted to make a visual display as part of Pride month in June.

Paige Lumpkin, a Cover Supervisor at the Academy created this beautiful piece of artwork which is now proudly displayed in the canteen.

No place for discrimination at the Academy
Benson Hardy, age 14 and Vice Chair of the Student Council said,

“On behalf of the Student Council I would like to say that discrimination does not have a place at the Academy nor does it have a place in the community.

“The Student Council will continue to work with the Anti-bullying Ambassadors, staff and students to make sure that this issue is tackled if it arises.

“We will also strive to teach every student in the Academy that discrimination is unacceptable and will not be tolerated.”

News shared by Nat on behalf of Ryde Academy. Ed

3 Comments on "Discrimination will not be tolerated say Student Council"

I didn’t realise they had a problem with discrimination at the school.

I’m an “oldie” and taught that it is not about race, colour or creed, it’s about attitude.

Sadly, a lot of people have “attitude” and little respect.

With regards to discrimination it’s nothing new and has been going on for thousands of years, as has slavery. Will the Colosseum in Rome be taken down next?

Well done. Don’t be put off by negative comments about how “it’s always been that way”. The most important thing is to help your community recognise it and fight it. It’s commendable.