Despite its unanimous decision, conditions were added to the planning approval for a new school building in West Wight last night 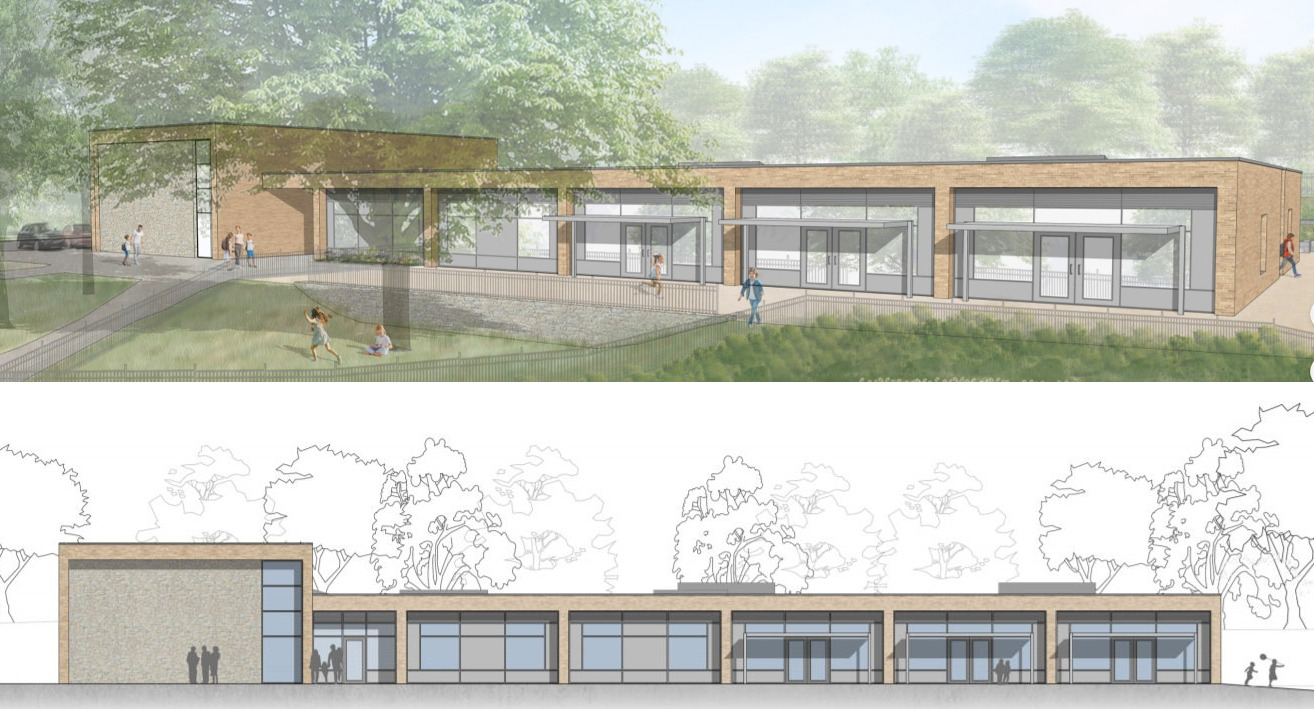 The new £4.5 million West Wight school has been given the go-ahead — but concerns were raised over child safety and lack of a pedestrian crossing.

The fate of the former All Saints’ Primary School building in Freshwater was sealed at last night’s Isle of Wight Council planning committee and it is now set to be demolished as a new purpose-built school will take its place.

The new school will, when built, host Yarmouth Primary School, in an effort to stop the increasing number of surplus school places.

Councillors on the planning committee praised the work in securing the funding for a new school.

Brading: Will provide a fantastic facility
The council’s cabinet member for education, Cllr Paul Brading told the planning meeting the design ticked all the boxes the council promised — including seven new classrooms, DT suites and a larger indoor hall.

“This new school will provide a fantastic facility for the children of the West Wight to learn and develop in and is fit for purpose for many years to come.”

Ex-All Saints’ pupil, Cllr John Howe, said he would be sad to see it go but was proud of the building and the life it once had.

Conditions attached
Despite its unanimous approval, a condition was added to ensure a travel plan was in place at the school and another amended to ensure a pedestrian crossing was raised after councillors argued it was not safe.

“Surely we should be making the pedestrian route much safer than the children having to potentially cross against traffic?”

“When you look at the site plan, there is more space for car parking than the school itself and I think that is deeply worrying — Why are we encouraging more cars onto the site when we should be discouraging the use of the car near schools?

“We have to start looking at the environmental effect of some of the applications presented to us.”

No concerns from Island Roads
Cllr Julie Jones-Evans echoed Cllr Brodie’s comments and said she didn’t understand why there was not a completely separate path for the children to use.

Alan White, development control manager for Island Roads, said it was a low-speed environment with a zebra crossing but also pointed out there was a secondary pedestrian access.

With the plans approved and £4.5 million of government funding secured, the new school could be open by spring 2022.

How is it that all the new school building designs on the Island, whether State or private, manage to look so desperately unispiring? Other parts of the UK, manage to use designs that show flare and creativity. Here, the message to young people seems to be to just to the minimum to get by, and not put yourself out too much in life…

Vote Up25-2Vote Down
Rupert Besley
I couldn’t agree more with the comment above. Looks to me like a particularly sinister set of lock-up garages about which it might not be good to imagine what goes on inside. And it’s not just school buildings that come out depressing and tacky (try walking round the back of Asda in Newport). But schools, publicly funded with aspirational purpose, have less excuse than commercial premises for… Read more »
Vote Up19-1Vote Down
Benny C
Cheap build and cheap designer. You get what you wish and pay for. Design life will be 60 years at most. It is uninspiring to say the least, would look ok in the prison grounds. It still says ‘ this is all you’re worth’ to users and it isn’t much inspiration to the children but hey they probably don’t even think about that. On the plus side… Read more »
Vote Up8-2Vote Down
seadog

More to the point, what about the fate of the Yarmouth Primary School building and land?

And, while I continue to rant, the replacement design may tick all the councillor’s boxes, but not so for any of mine. It is featureless, squat and ugly, a set of boxes on the cheap, with nothing about it that is welcoming or lifts the spirits. Freshwater and Yarmouth deserve better than this.

It is reported that Island Roads claimed there was a second pedestrian access. I challenged that as I know the area reasonably well and they did not dispute it. The site plan clearly shows just one pedestrian access. But it’s still reported as fact here.

Perhaps they mean Longhalves footpath which runs at the back of the school in either direction. Some people use this.