Deep fake videos take the face of one person and put it on the body of another. The first one of the Isle of Wight’s MP, Bob Seely has now emerged – as Captain Jack Sparrow from Pirates of the Caribbean 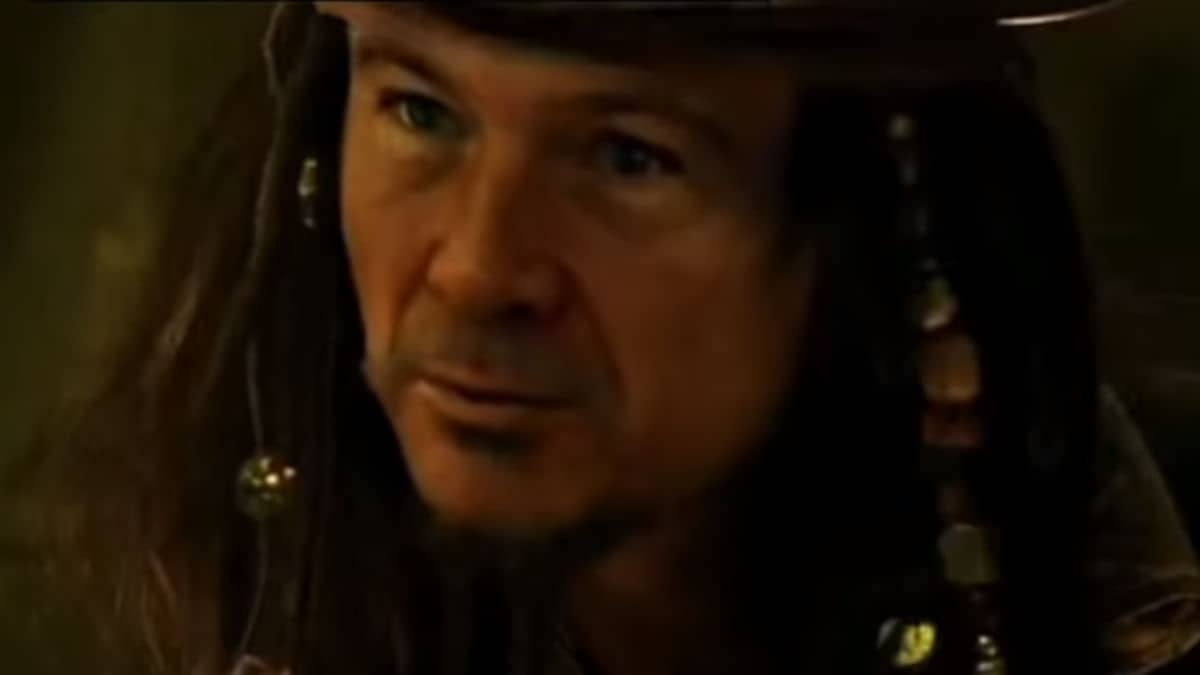 Isle of Wight MP, Robert Seely, has become the subject of a deep fake video – a method where a person’s face in an existing image or video is replaced with someone else’s, in such a way that you can’t really detect it has happened.

The first
This is the first time the Isle of Wight MP has been the subject of a ‘deep fake’ video, as far as we are aware.

Countless graphics of Bob Seely have been created by the likes of Isle of Wight Can Depress and others, but we’ve never seen a video created as realistic as this.

Quite what the impact of Deep Fakes will be on society in the long term is currently unknown.

Seely: “We can have a laugh at this, but it is going to raise some significant issues for societies”
News OnTheWight has contacted Bob Seely for his response to the video. He told us,

“I don’t know what to say … made me laugh at any rate, but you’re right, it does raise some important questions, and some potentially big issues.

“I am not talking about my Captain Bob Sparrow role, which is clearly a bit of fun, but this technology will be being used in countries where dictators and authoritarian rulers may want to ‘set up’ their political opponents, or criminals will produce fakes to blackmail victims, or corrupt police could do this to frame innocent people. So we can have a laugh at this, but it is going to raise some significant issues for societies.

“In the meantime, as Jack Sparrow said: ‘this the day you will always remember as the day you almost caught Captain Bob Sparrow’.”

Power: “The Island is beautiful, we look after each other”
As a comment on Bob Seely’s vote against extending food vouchers for children on free school meals through the school holidays until Easter 2021.

“So this has become quiet big. It was made to be funny, but the message is real.

“Please don’t let our children go hungry. I know it sounds like a Dickensian plea! True fact, it’s not!

“Do the right thing Bob. Your job is to help and support the people not your people. The Island is beautiful, we look after each other.”

Strong community spirit
The Isle of Wight community has really pulled together after the vote to extend food vouchers during the holidays for children who receive for free school meals was voted down by Conservative MPs last week.

From musicians to six-year-olds to the YMCA, all across the Island people have been doing their bit to make sure that the 7,300 children living in poverty on the Isle of Wight don’t go hungry this half term.

Over £5,000 has been donated to Socialising Buddies, who announced they’d be helping children in the Bay area.

There is also an equal & opposite risk that genuine evidence will lose any meaning too. Mind you, with the BBC re editing a Laura Kuenssberg interview with Corbyn in which it was edited to make it seem as though Corbyn was answering different questions to those he was asked you don’t need any special skills.

Let’s have a video of Oliver Twist asking Bob Seely, ‘can I have some more please sir’

Vote Up23-7Vote Down
oldie
Don’t make mock andy. This video is funny because it’s a first. But fake news and propaganda are serious issues. Once everyone starts making them in their bedrooms the ‘big boys’ will start using them for their own political agendas and just like all the scam telephone calls we now get every day on our landlines we won’t know what or who to believe any more.
Vote Up17-2Vote Down
laurence

Talking of ‘deep’ fakes has anyone seen the videos of Hunter Biden filming himself in deep and compromising positions taken from his laptop hard drive ?