Isle of Wight MP voted against food vouchers for Island children living in poverty over school holidays: We asked him why (updated) 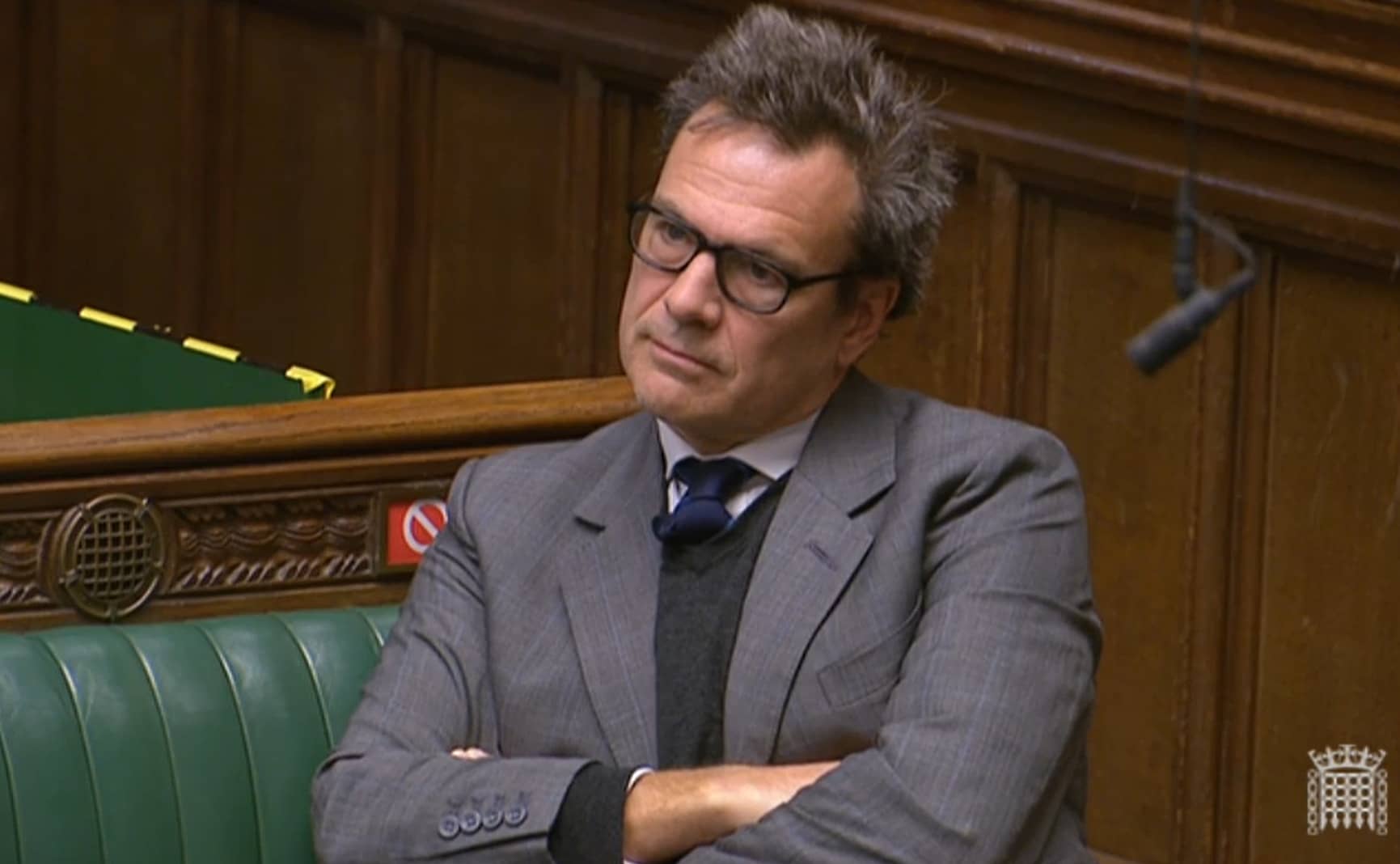 Isle of Wight Conservative MP, Robert Seely, has come under attack on social media for voting against the opposition motion for families of disadvantaged children to be provided with £15 per week food vouchers during school holidays until Easter 2021.

The motion was defeated by 322 to 261, with the Island’s MP joining other Conservative MPs and one Independent MP by voting against it.

Criticised on Twitter
After the vote Bob tweeted his support for the Dept for Education’s tweet about how they are helping low income families. It led to 77 replies (at time of publishing) from other Twitter users critical of his voting record.

Despair from Rashford
Last night Manchester United strike, Marcus Rashford, who spearheaded a successful campaign earlier this year for families to be provided with food vouchers during the summer holidays, expressed his despair that the topic was being used to get “one-up each other”

Following the vote Rashford said he would focusing his efforts on supporting the “real superstars”, FareShare and the volunteers at Foodbanks across the country.

Why Seely voted the way he did
News OnTheWight has approached Bob Seely, asking him to share his reason for voting against the motion – which garnered support from five of his Conservative colleagues, as well as one Alliance MP, one DUP MP, one Independent and 192 Labour MPs.

“There is already substantial additional support for Islanders, such as increased universal credit among other measures, which has already been put in place to help families through this crisis and to ensure children and their families do not go hungry. The Government has put in £9 billion extra into welfare support already and £63 million to help Councils support families in need, so significant additional help is already going to families on the Island and across Britain.

“I am very aware that many families are going through tough times at the moment, and this is reflected in the increasing numbers of children being registered for free school meals. “

Contact Bob if you are struggling
Bob went on to add,

“On this matter, my team and I are working hard to ensure Islanders get the support they need.

“However, if you or your family are struggling, I urge Islanders to contact me ([email protected])”

The Isle of Wight MP finished by saying,

“Ministers are monitoring this situation closely. I welcome the publication of the first part of the National Food Strategy, which will kick start a full review of our food system.

“I have read with interest the recommendations made in the report, in particular those concerning nutrition for disadvantaged families and children. A key recommendation is to expand the number of eligible children for free school meals by an additional 1.5 million, taking the total number of children to 2.6 million.

“The Coronavirus outbreak has made the importance of good nutrition for children even clearer. I know that Ministers will consider these recommendations carefully.”

29 Comments on "Isle of Wight MP voted against food vouchers for Island children living in poverty over school holidays: We asked him why (updated)"

newest oldest most voted
cjww
Like every ‘party’ MP, Bob Seely often has to make a choice between the conflicting positions of loyalty to his party & leader or to vote in the best interests of his constituents. Bob is very loyal to the Conservative Party and extremely ambitious which defines his priority. His vote against the continuance of food vouchers will bolster his standing in the Conservative Party, but is an… Read more »
Vote Up73-5Vote Down
chausettes
Bob seems deaf to any appeal from his constituents on matters that count. If you’re going to complain about him, do so by directing it to those that prop him up – ie the local party. They have the power to table a vote of no confidence in Bob, and I’m pretty confident that they would be forced to do so if they knew quite how disgusted… Read more »
Vote Up82-13Vote Down
chausettes

I should therefore add – ask your local IW Councillor if he/she would have voted the same way as Bob. I for one would be very keen to know if Dave Stewart supports Bob on this issue.

Alas, being uncaring, when it comes to those less fortunate, is part of conservative’s DNA.

Rather than appealing to their local party’s self interest, just stop voting for them in Council and General Elections.

If local councillors want to hang on to their seats, they have a reason to be on record denouncing Bob. As it stands, anyone allying themselves with Bob’s position is jeopardising local support.

The people “propping him up” are the people who keep voting Tory.

Time for a change.

I am reading Tory MP Caroline Ansell has resigned from government over her Parties vote on free school meals.

An MP with some moral fibre and integrity, unlike our Bob.

His contempt is not only for our children, but for everyone. Look how he sits in a seat clearly showing others to not sit there due to social distancing. He just does not care about anyone but his career.

Remember when the Government 9obviously not this one) had a goal of eliminating child poverty, not increasing it?
Denis Skinner would have called them worse & doubled-down on it.

Listening to Bob’s explanation, I now know what a slippery toad sounds like.

Rayner was right-they are scum.

i bet half a sausage Seely with be choking on that question.

I wish the journalist wouldn’t refer to this man endearingly, calling him “Bob” It’s “Seldom Seen” or at the very least just Seeley.

Vote Up6-1Vote Down
sandowner
Time to vote with your box of cereals! Let’s show our MP #Bob Seely that we disagree with him voting against the supply of school meals yesterday. Drop a box of cereals at a Breakfast in the Bay drop off point so we can ensure ALL our primary school children start the day off well. Places to drop off in Sandown are Wilkinsons Pie shop, Co-op in… Read more »
Vote Up7-1Vote Down
mariner58

I didn’t listen to the parliamentary debate so don’t know what the arguments were or what, if any, alternatives were suggested.

I’d prefer an informed opinion so perhaps those that have commented so far could refer me to the particular speeches that they listened and objected to?

Vote Up8-16Vote Down
lauque
Seely’s defence of his vote is that ‘government is already doing a lot’. You want to be informed? Never mind the speeches in Westminster. Go ask about volunteering at the Food Bank or with any other group that has been giving out food parcels. Ask a few teachers (not at Ryde School) if there are issues with pupils going hungry. Two years ago, as a volunteer with… Read more »
Vote Up56-8Vote Down
mariner58

I absolutely, genuinely, applaud your work with a charity, I don’t doubt for a second your anecdotal evidence of the genuine hardship and distress you witnessed.
Nevertheless the debate and vote still took place in parliament and it is not ‘sophistry’ to ask where you think the arguments specifically failed and need to be challenged …… or is it just a big word you read somewhere?

I agree with both of you.
It’s important to know what reasons there might have been for people to vote against. I don’t there are any valid reasons, but we do need to know what excuses MPs are making.

Oops. Missed out ‘think’ there. I don’t think there are any valid reasons to allow children to go hungry.

Vote Up7-1Vote Down
lauque
Apologies if I misread your post and you were genuinely looking for information as opposed to adopting a ‘reasonable’ voice while denying the problem (hunger) and quibbling with the solution (expanded school meals, NOW, not three months later). Too many people have offered too many weasel words: Bob Seely, Nicky Morgan and many others, including a whole lot over on the CP website. You profess to admire… Read more »
Vote Up8-3Vote Down
Rowan

Have a look at Hansard.

Hansard’s search engine is hopeless. I typed in ‘free meal vouchers for schoolchildren during holidays’, checked the dates, and clicked on ‘Commons’ – no results whatsoever. I changed the wording slightly, but still no results!