‘Groundswell: The Grassroots Battle for the NHS’ Free tickets for screening 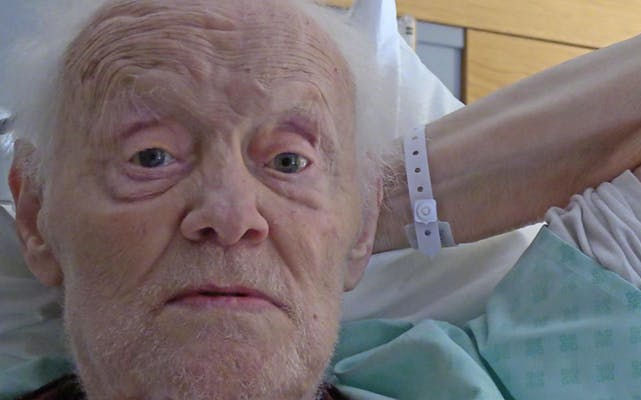 On Saturday 6th October, film producer John Furse will be visiting the Isle of Wight for a one off screening of his recently released film: GROUNDSWELL: The Grassroots Battle for the NHS

This is an NHS film they won’t show on TV! It is a moving and inspiring David and Goliath documentary about ordinary people from all walks of life challenging the free marketeers’ annexation of the NHS and their 40-year dominance.

Lifting the lid
The film lifts the lid on what lies behind the NHS crisis but John has been unable to get support for his film from TV broadcasters.

“I’ve been looked after by the NHS all my life. Don’t let it go! Don’t flog it away!”

The Government and NHS England plans will see the conversion of our tax-funded NHS into a public/private enterprise modelled on US lines.

The campaigners, led by NHS expert Professor Allyson Pollock, see this as part of the opening up of the NHS to companies such as Virgin Healthcare and US healthcare giants like United Health. They stand to make huge profits from NHS privatisation. This is happening on the watch of former United Health of America’s senior executive, Simon Stevens, now boss of NHS England.

Public left confused
Plans for transforming the NHS into a public/private enterprise were hatched more than 30 years ago and because of public sensitivity about the NHS these plans have since been enacted with great stealth by both Labour, Tory and coalition governments so that the public have been left confused and unaware of what is really happening.

The film shows how lifelong Conservatives are standing alongside Labour supporters, the Greens and the non partisan as they converge in an inspiring battle to save an institution they revere.

Regional comparisons
Island residents will see how communities in other outlying areas of England like the North Devon countryside face similar travel problems and availability of services. And how they are far from alone in their concerns at what is happening to the NHS.

In a powerful speech in the film, shortly before his death last March, Professor Stephen Hawking stated that, “When politicians and the private healthcare industry claim that we cannot afford the NHS this is the exact inversion of the truth”.

This is a forthright and candid explanation about the marketisation and privatisation of our NHS and by the end of the film there should be no illusion about the final outcome, if we allow it to happen.

Reserve your seat
Judge for yourselves at this special screening on Saturday 6th October at Newport’s Quay Arts Centre, 6pm to 9pm.