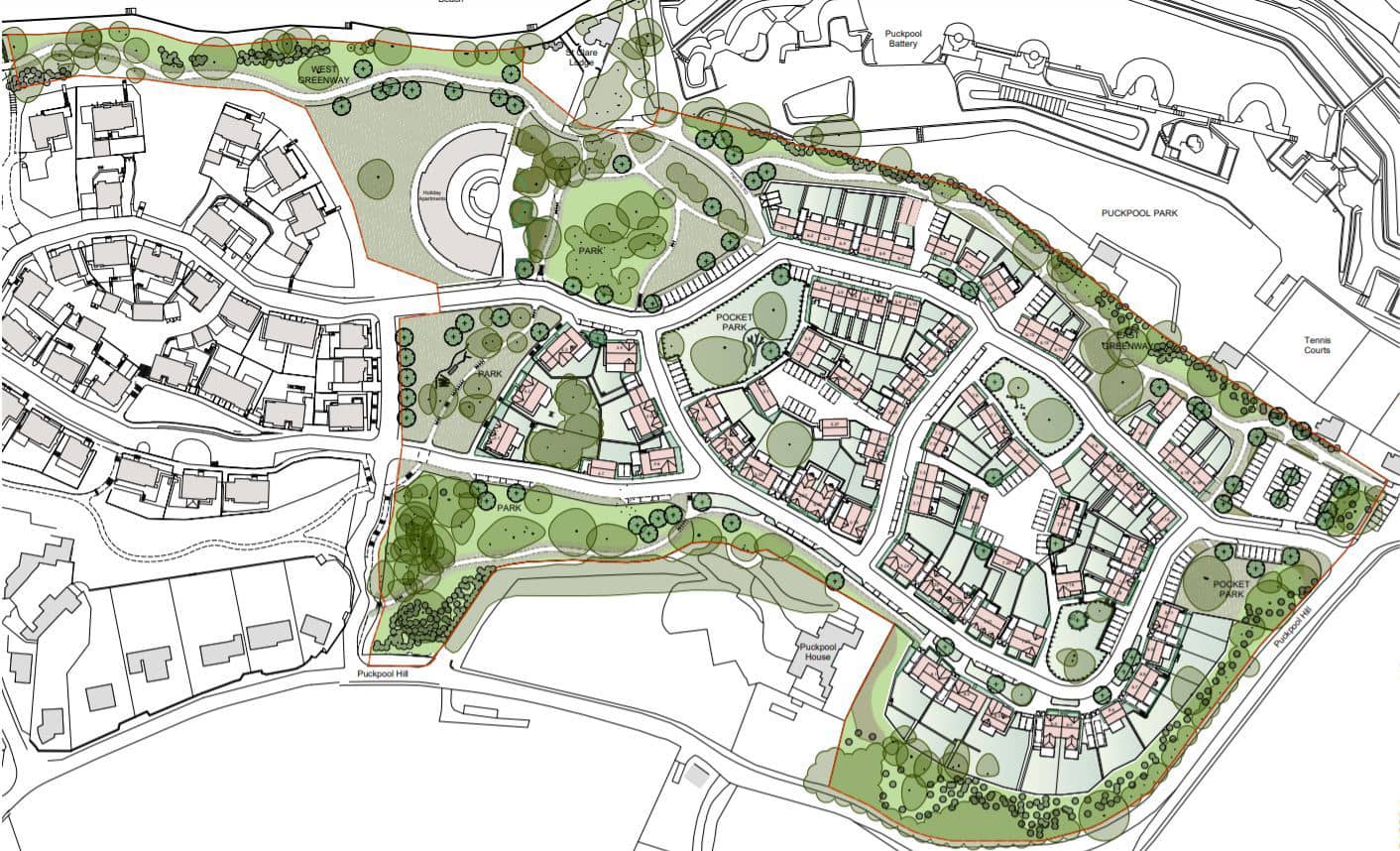 The owners of the former Harcourt Sands Holiday Park in Puckpool have put in another planning application, to keep their scheme alive.

The heavily wooded, eastern part of the site would hold 93 houses if permission is granted for phase two of the development.

Reserved matters have to be submitted within five years of permission being granted.

New plans from K-Haus
With the withdrawal of interest from original developer ZeroC, the new developer K-Haus is creating new plans.

So far two applications have been submitted by K-Haus, which are still under consideration by the Isle of Wight Council, for alterations to the previous plans.

“The approval of this application is of fundamental importance to the delivery of the regeneration of this important site.”

See the plans
To view the application, 21/00699/ARM, you can visit the council’s planning register.

Comments will be accepted until 24th May.

Permission has been given to demolish the once-popular holiday park and create 128 residential units, a 63-bed hotel or 15-holiday units, with the provision of more car parking for Puckpool Park.

2 Comments on "Harcourt Sands development moves to next stage"

newest oldest most voted
grahamg
This is far from being unusual. Reserved matters can cover all sorts of variances for many reasons. It can range from developers genuinely not knowing a definitive answer to a planning condition at initial planning to a cynical attempt to sneak in extra development. In this case the original developers are history and new ones have come in, so they may have different aspirations for the site.… Read more »
Vote Up80Vote Down
Phil Jordan
A very genuine question. At what point during all of these reserved matters, where fundamental changes are being made to the original scheme ‘outline’ does it become clear that what is being proposed is absolutely nothing like the scheme that received outline planning permission in the first place? Is there not a case to say that a ‘new’ proposed scheme via reserved matters is so far away… Read more »
Vote Up17-2Vote Down