The current owners of the hotel, which was put on the market in 2014 and ceased trading in 2017, said it was not financially sustainable. 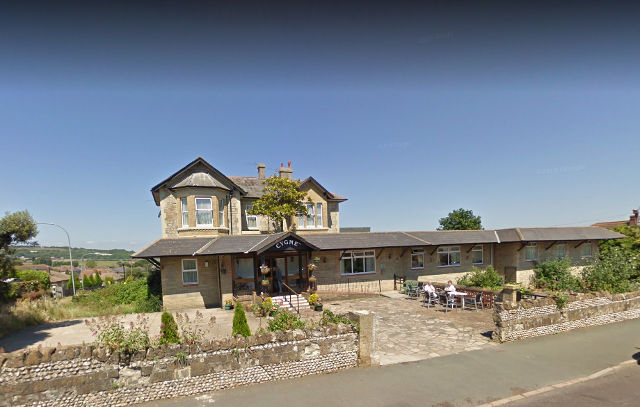 Plans to demolish a Sandown hotel, to make way for flats and houses, have been submitted to the Isle of Wight Council.

The application sets out plans to knock down the Cygnet Hotel, at the junction of Carter Road and Broadway, and build three pairs of semi-detached houses and a three-storey block of flats containing six two-bedroom apartments — 12 homes in total.

The current owners of the hotel, which was put on the market in 2014 and ceased trading in 2017, said it was not financially sustainable.

“The hotel has had its day”
They said in a letter included with the planning application,

“The hotel has had its day and is not working anymore, it needs a lot of work.

“We feel the whole building needs to be demolished as it is not very nice-looking.

“Family homes will be more suited to the area with the schools and nurseries.”

newest oldest most voted
Benny C
Sadly the minute anyone arrives in Sandown it’s clear why it’s in decline. The Town Council, Ian Ward and the IOWC collectively should take a bow for failing to understand, anticipate and invest intelligently into its future. Had they been effective in their roles Sandown would look and feel a lot different today. Mainland destinations are competing more efficiently for the available discretionary leisure and tourism spend.… Read more »
Vote Up30-1Vote Down
Mark L Francis

I agree. The way Sandown Council has been recently they make Boris Johnson’s government seem competent. Better to have homes for people to live in than another derelict ex-hotel.

Goodbye Holiday town, tourists and businesses that rely on them.