Christopher Garnett’s report, commissioned by the council, is due to land tomorrow. In advance, KILF run through the overview as they see it, asking people to act to save their Isle of Wight’s trainline. 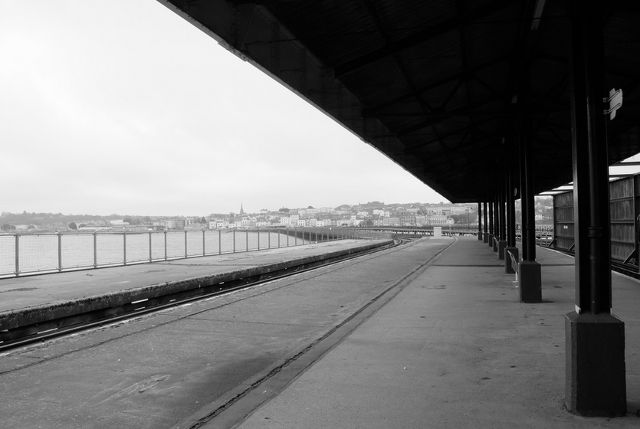 This in from the Keep Island Line in Franchise (KILF) Group in light of the Department for Transport’s public consultation. Ed

KILF – the cross-party, community-led campaign to Keep the Island Line rail service in the South Western rail franchise – is asking Island residents to respond to the DfT’s stakeholder consultation by the deadline of 9th February.

With just a few days to go until the consultation ends, KILF is finalising its own detailed submission. At the same time, it is urging others to submit their own comments in support of Island Line’s future in the regional franchise, particularly given the refusal of the Island’s MP to represent this view to the Government.

MP refuses to confirm support for Gov policy
Although Isle of Wight Conservative MP, Andrew Turner, wrote privately to the Rail Minister (prior to the General Election) asking for her assistance in helping to “establish the task force to transfer the Island Line to an Island-owned community enterprise partnership”, he is now refusing to say whether he supports the Government’s policy to turn Island Line into a separate self-sustaining business.

“All Islanders who care about our local train service should respond to the consultation. They should join us in objecting to the Government’s plans to single out Island Line to be cast adrift; and instead ask for it to be treated the same as other branch lines, secured in a wider franchise model.

“Residents should make their views known directly to the DfT, particularly in the absence of Andrew Turner being prepared to represent such concerns. As he has repeatedly shown over the past 12 months, our MP is only interested in representing the view of his transport adviser Nick Finney – and has given him access to DfT ministers and civil servants to promote a model which would see Island Line removed from the security of a wider franchise. We mustn’t allow this view to prevail.”

IWC plan to support keeping within franchise
On a more positive note, KILF is pleased to confirm that Isle of Wight Council Leader Jonathan Bacon has indicated that the local authority is submitting a response to the consultation in line with last September’s resolution that “Island Line should remain as a fully integral part of the South Western rail franchise for the entire duration of its post-2017 period”, which also urged the DfT “to ensure that the franchise specification invites bidders to set out how they would invest in, maintain and improve the service throughout this time”.

“We’re delighted that the local authority is confirming its support for keeping Island Line in the wider franchise. Last year, Isle of Wight Council members voted overwhelming in support of a motion which aligned with KILF’s objectives, and it is therefore right that this settled view is represented to the DfT. We urge Island residents to endorse the council’s stance when responding to the consultation.”

Garnett Report due imminently
KILF understands that the council-commissioned report by Christopher Garnett into the future of Island Line will be published imminently.

“We know that Mr Garnett was recommended for this work by Nick Finney, who has been a long-term advocate of removing Island Line from the wider franchise and developing alternative operational models.

“Therefore, we will not be at all surprised if the forthcoming report leans towards such an approach. We would ask the Isle of Wight Council to carefully consider these aspects before deciding whether to endorse its findings, particularly if such recommendations are contrary to last September’s resolution.”

“We recently met again with Mr Garnett, and had a useful exchange of ideas about Island Line. Contrary to the DfT’s suggestion that Island Line could be self-sustaining, we now expect there to be an increasing consensus locally that the service – like other small branch lines – will need some form of subsidy moving forward. It will then come down to a debate as to whether this is provided within a profitable regional franchise model or through a direct subsidy to a standalone micro-franchise.

“KILF is very clear that the regional franchise model provides the best prospects for delivering economies of scale, incentivising the franchisee to improve the cost-revenue ratio and drawing on the wider offer of expertise and promotion to support the service. In line with the IW Council’s resolution last year, the DfT now has an opportunity to ensure that the wider franchise specification places obligations on the bidders (and the resulting next franchisee) to invest in the service throughout the next franchise period. Our representations to the consultation are focused on urging the DfT to ensure that this key opportunity to secure Island Line’s future is not missed. The forthcoming Invitation To Tender (ITT) is the time to do this.”

Key points to include in any email response to the consultation
1. Island Line is a vital service and should be treated equitably with other small branch lines by being included in a wider franchise model.
2. If the DfT wishes to improve the costs-revenue ratio they can best achieve this within the economies of scale of a wider franchise.
3. The DfT should include specific obligations in the franchise tender for maintaining service levels for Island Line and requiring investment in rolling stock and infrastructure to secure the service’s longterm future and help achieve (2) above.

Well the next SouthWestern franchise is down to two shortlisted bidders – current Stagecoach group or First group:
http://www.railtechnologymagazine.com/Rail-News/first-group-vs-stagecoach-for-south-western-franchise