Some serious concerns over the process of the Government consultation on the future of Island Line have been raised. These include a lack of transparency in why the Government is consulting about Island Line on a narrow, pre-determined basis. 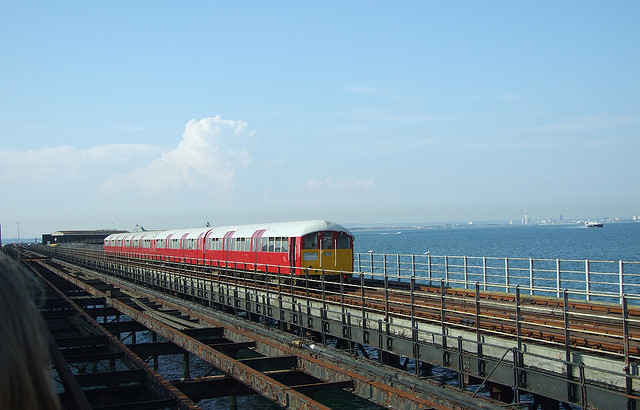 Former Isle of Wight council leader, David Pugh, a member of the Keep Island Line in Franchise group has expressed concerns at the consultation process for the South Western train franchise, including Island Line trains. He shares those concerns with OnTheWight readers. Ed

NB: A public drop-in session will be taking place on Tuesday 15th December between 12-2pm at Yelf’s Hotel in Ryde. To register your interest in attending email [email protected]

I would like to raise some concerns about the consultation underway in respect of the South Western rail franchise.

This could give rise to a subsequent challenge as to the validity of any decision made, particularly when considered in the wider context of the Government’s statutory and mandatory requirements in respect of consultation processes.

The consultation principles make clear that “engagement should begin early in policy development when the policy is still under consideration and views can genuinely be taken into account”. Yet the proposals for Island Line – along with the questions set out – indicate that the Government has already largely determined their policy for this part of the network, given that the next franchisee “will be asked to develop ideas to turn the Island Line into a separate self-sustaining business during the life of the franchise”.

There is not the option to allow for the alternative approach of Island Line remaining as a full, integral part of the franchise for its entire duration, as is being proposed for rail services in the rest of the franchise area.

Even the consultation questions appear to be weighted towards the Government’s determined policy on Island Line. Consultees are being asked whether they have any innovative proposals for how Island Line might operate on a more self-sustaining basis, but they are not being asked whether the proposal to turn it into a separate self-sustaining business is one which they support.

Lack of support for self-sustaining business model
Many Isle of Wight residents – including service users – emphatically do not support the Government’s intention that Island Line should be turned into a separate self-sustaining business. We would like to see the consultation seeking views as to the merits of this policy, and in doing so be seen to be open-minded to the alternative of Island Line remaining as a full and integral part of the wider franchise throughout the next franchise period, as is being proposed for all other parts of the franchise area.

The consultation does not appear to allow for the latter to be properly considered as an alternative, and gives rise to concern that this limits the opportunity for views on this to be genuinely taken into account.

The consultation principles also make clear that “every effort should be made to make available the Government’s evidence base at an early stage to enable contestability and challenge”, yet the consultation document includes unsubstantiated claims that Island Line generates revenues of £1m and costs £4m per annum to operate. Contrary to the consultation principles, the Government’s evidence base in respect of these figures is not being made available to enable contestability and challenge.

No substantiation of these figures has been provided, and when I contacted South West Trains (SWT) for details all they would say is that they are “obliged to cooperate with the Department for Transport (DFT) in regard to any future studies etc but I am afraid this does not extend to revealing commercial information to any third parties now”.

Inappropriate to include in the consultation document
This gives rise to the concern that important public policy decisions about the future of Island Line are being considered on the basis of unsubstantiated figures provided by the incumbent operator, which should carry no weight without any supporting detail.

Neither SWT nor the DfT have indicated what makes up these broad-brush figures which are currently being cited, yet seem prepared to use them in justifying a determined policy of an alternative approach for Island Line. The absence of any detail behind these figures means that I cannot identify what costs SWT are choosing to apportion to Island Line in providing these numbers to the DfT.

If neither party is prepared to publicly substantiate the basis on which such headline figures are reached then it is inappropriate the Government to include them in the consultation document as justifying its intended approach. Their inclusion runs contrary to the consultation principles, and it appears that no effort has been made to make available the Government’s evidence base on this aspect.

The consultation principles also make clear “sufficient information should be made available to stakeholders to enable them to make informed comments”. I am concerned that this principle is certainly not being abided by, as there is wholly insufficient information being made available in respect of the revenues / costs of Island Line, and furthermore in relation to what the proposed separate self-sustaining model could mean in practice.

If the Government genuinely wishes to receive informed comments in response to this consultation, they should be making available much more information about how they envisage this proposed self-sustaining business working, particularly if it is – as intended – for implementation during the next franchise period.

Vision should be clear
For example, the consultation document should make clear whether the Government’s vision of a self-sustaining business would include responsibility for all operational costs, some operational costs, and / or just those relating to rolling stock, or wider infrastructure as well.

What are the Government’s intentions in respect of the Lease Agreement when it expires in 2019 – do they see this being renewed with an incumbent operator or instead for issues of track access (and maintenance) to be overseen in the longer-term by the proposed self-sustaining business, on an entirely self-sustaining basis?

This is a point which requires clarification, so that consultees can make an informed response, particularly in light of the Rail Minister’s suggestion in September 2015 that Network Rail should take on the full cost of maintaining the line’s infrastructure, including the track, pier and stations. No reference is made to this ministerial commitment in the consultation document, thereby raising questions as to whether this remains the Government’s intention in terms of the way forward. Knowing the Government’s intentions in this respect is essential in enabling informed comments to be made.

Finally, the consultation principles are clear that “departments should be clear how they have come to the decision to consult in a particular way, and senior officials and ministers should be sighted on the considerations taken into account in order to enable them to ensure the quality of consultations”.

However it is not clear how the DfT came to the decision to consult about Island Line on the basis of a narrow, pre-determined basis for this service that excluded the option for it being an integral, long-term part of the wider franchise for its entire duration.

In line with this consultation principle requirement, the DfT should be making clear how they came to the decision to consult on such a narrowly-defined basis for Island Line’s future, rather than – as is the case for the rest of the network – allowing for a more inclusive approach to be taken.

In being clear about how they came to the decision, the DfT should explain what factors and influences (such as the determined representations made by the Isle of Wight’s Member of Parliament over the past 12 months) led to the decision to consult about Island Line in this very limited manner.

At the moment, the requirement to be clear about how the DfT came to a decision to consult in this way in respect of Island Line is not being met.

Image: killercyberman400 under CC BY 2.0

As has been said before; it’s a stitch-up by the government, the Missing Person and his cronies. Thank goodness that we have on line facilities these days and can see the plan for what it is.

Disgraceful and underhand by those in power.

Andrew Turner, in October said to onthewight, that he suggested it could be a community owned enterprise, which could be either outside or inside the franchise, for example it could be a “micro franchise”. Is this what is being suggested now for Island line? I wonder what is recommended in the Atkins report, because the data needed for the consultation should be included.

It’s insane to consult people about something they refuse to describe in any detail nor explain the rationale behind it – it’s as if neither the DfT or the MP and his cronies actually know where this is going, and are just hoping that someone else will figure it out.

Vote Up00Vote Down
Lee
It would appear that some civil servants at the DFT have neglected to cross some i’s and dot some t’s. Could it be that in their haste to secure a larger franchise bid they ignored the possibility that there could be a local challenge to their plans so didn’t feel the detail would be important? I can’t help but feel this consultation will be a complete waste… Read more »
Vote Up00Vote Down
Lee

Oops, let’s try crossing my t’s and dotting my i’s instead!

Vote Up00Vote Down
Certa Cito
Have a good friend who lives in a small town called Salrburn between Middlesbrough and Whitby they have a railway not to dissimilar to ours, the trains are old busy, at commuter times and not so busy during the day but a valuable commodity for the local community. The difference being is the local MP up there is prepared to fight tooth and nail to ensure the… Read more »
Vote Up00Vote Down
neilpalmer400

I’m sure if anyone attends any of the “consultation” meetings they’ll find they already have printed copies of the conclusions available for distribution.

Vote Up00Vote Down
Rod Manley
I have a feeling that the consultation process is only going through the motions and the decisions and plans have already been laid out. Most workers that use the line will be at work when public meetings etc are arranged. I can understand people’s cynicism. Unfortunately any sceptical feelings are generated by the way the struggle to keep the railway line is engineered. If people can go… Read more »
Vote Up00Vote Down
Rob

Mark my word IF he’s get is way DAVID PUGH ( A true Torie blue) will become the fat controller of the Island Line. As a pay back for what happened to him in the past on the island.
Then JUST think of ALL those MILLIONS he will make out of us TAX payers curtsy of his good friend call me Dave.

Many good observations from the author. They have remarkable similarity to well-founded observations made against school reorganisation consultation material a few years ago. I wonder if he too will simply get a response ‘the views are not shared by the authority…’