Isle of Wight climate campaigners are preparing for an even bigger gathering of Islanders in the centre of Newport for a day of action next month. Details within. 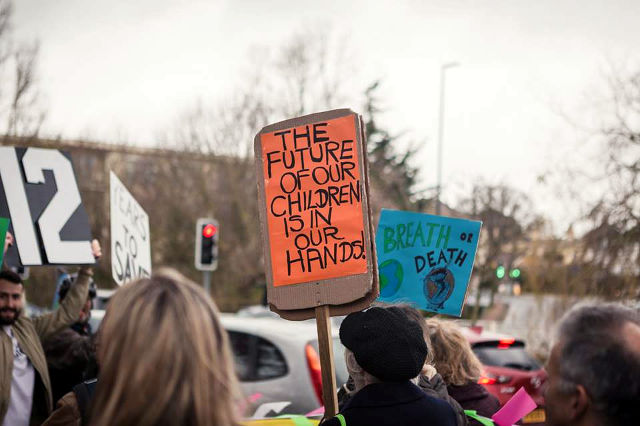 Isle of Wight climate campaigners are preparing for an even bigger gathering of Islanders in the centre of Newport for a day of action next month.

Part of the international ‘Extinction Rebellion’, over 200 Islanders took to the streets in January to demonstrate their demand that governments – local, national and global – take urgent action to tackle the climate crisis.

“Councils across the country from Scarborough to Cornwall have declared a state of Climate Emergency.

“Many, such as Bristol, have committed to reduce carbon emissions to net zero by 2030. We urge the Isle of Wight Council to join them and take a moral, ethical and economic stance to protect Islanders and commit to urgent measures to confront climate change.” The focus of the day of action on Saturday 2nd March will be the wider ecological emergency. Campaigners can wear black armbands and will be carrying banners, placards and a coffin: standing in silence to signify the impact of increasing global temperatures on the earth’s delicate ecosystems: “It’s so vital for our children and grandchildren that we all do our bit and take a stand to pressurise political leaders to protect the planet.

“The first gathering in January was such a positive and peaceful day, and the whole family is really looking forward to meeting up with more Islanders to demonstrate next month.” Where and when
Supporters will meet in St Thomas’ Square, Newport at 12.30pm on Saturday, 2nd March for a peaceful rally, calling for action.

This will be followed by a picnic in Newport – so please bring food, blankets and your singing voices!