The Isle of Wight Council leader said if at any time they fall short in their aspirations, they’ll not be afraid to deal with it in a transparent and honest way 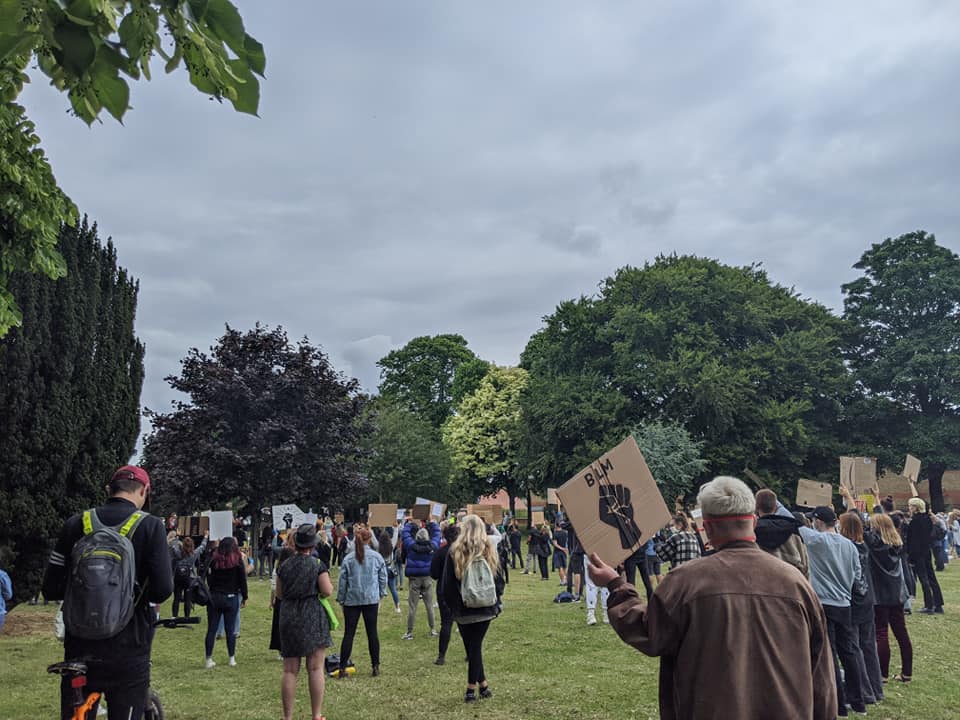 More than 200 Islanders gathered peacefully in Church Litten yesterday (Thursday) to stand in solidarity with the Black Lives Matter movement, as other gatherings took place around the world.

The peaceful gathering, which saw responsible social distancing with protesters remaining in small or family groups and the majority wearing face masks, resulted in an only light-touch police presence.

“Recent events in America have shone a light onto the relationship between police forces and the communities they serve, and particularly the way in which policing can have an impact on the lives of minority groups. In America this is focused on black people, but across the world these events have resonated with people of all races.

“The death of George Floyd was a shocking and deeply troubling incident, but it would be wrong to imagine that this is an issue far away, concerning people that are not like us. Although it is not usually so obvious, prejudice and racism can be found on the Isle of Wight too, and if we allow it could divide and damage our community. “

Stewart: IWC committed to highest standards of equality and inclusion
Cllr Stewart went on to say,

“We are lucky enough to live in a society where our police are committed to tackling bias, racism and discrimination of all sorts. We have confidence in our police officers, and I was pleased to hear about the sensitive and supportive policing of the Black Lives Matter protest in Church Litten recently which ensured that those in our Island community who wanted to show their solidarity and concern could make their voices heard safely and without fear.

“Those who are concerned about George Floyd and events in America can be assured that the Isle of Wight Council stands alongside our police and other public services, committed to the highest standards of equality and inclusion as we work with our diverse communities. And if at any time we fall short in those aspirations, we will not be afraid to deal with it in a transparent and honest way.”

“Thanks to everyone who helped ensure the Black Lives Matter event in Church Litten, Newport went ahead safely and peacefully.

“We stand alongside all those across the world who are appalled and horrified by the way George Floyd lost his life.

“In the UK we have a long established tradition of policing by consent and working in communities to prevent crime and solve problems.

“Our officers and staff continue to work closely with our communities to address any concerns, build trust and help keep people safe.”

Fundraiser gathering pace
An Isle of Wight fundraiser for the Black Lives Matter movement has raised over £700 in 24 hours.

You can add your support by visiting the GoFundMe Page.

A great statement, and so glad to see that social distancing was observed at the event – especially as black people and others from ethnic minorities have increased risk from coronavirus.

I don’t often say this, but thanks for issuing this to Cllr Stewart and the IW Council Tory leadership. Such a statement was called for by Council staff unions at a joint meeting the other day, which I entirely supported along with Cllr Garratt.

Making statements against racism comes cheap these days. In the 70s & 80s some of us were out literally fighting racists on the street, not out trying to catch Covid 19 in a futile act of solidarity. I see Jeff Bezos is down with this. Perhaps he could pay his employees a living wage instead.