The Isle of Wight Society Conservation Award recognises the ten year’s of work by a passionate group of volunteers. 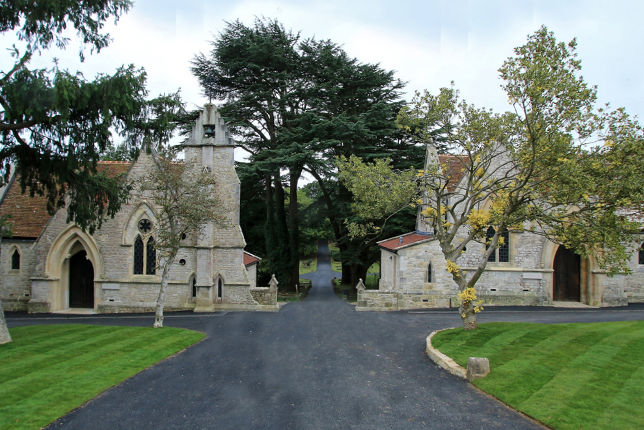 The Friends of Northwood Cemetery have been announced as winners of a prestigious Isle of Wight Society Conservation Award for 2018.

Entries are judged mainly on their quality of design and the work overall and also the visual impact on the environment. With support from the council, the volunteer group restored the two chapels at Northwood Cemetery, Northwood, from near collapse, following the successful application for a Heritage Lottery Grant.

“This well-deserved Isle of Wight Society award highlights the significant achievement and dedication that the group has made in bringing back two dilapidated buildings for community use and the council has been proud to support them in this project.

“The goal was to bring the buildings back into use via a newly created partnership with the council and the Friends of Northwood Cemetery uniquely taking on the responsibility of being the accountable body and with the aspiration of trialling a new approach to major project development and delivery on the Island – one that potentially could be replicated elsewhere. It has been a pleasure to have been involved.”

“This has been a ten year story of a small group of passionate volunteers who, with support from the council, managed to obtain significant funding from the Heritage Lottery Fund.

“We are honoured to receive this award and it makes all those years of work – come rain, hail or shine – worth it. Now we are now able to offer wildlife and family history tours in this beautiful oasis of calm greenery in Northwood. We would still welcome new volunteers to join us as we continue the task of clearing undergrowth and bringing the grounds back to their natural beauty.”

The restoration
The West Chapel was derelict and the East Chapel was in poor condition, following severe ground movement and Second World War bomb damage. Reparation works undertaken were extensive and included fifty foot foundations installed on the West Chapel, which was in danger of collapse. Structural repairs were made to both buildings, such as intensive stonework repairs; new oak floors, insulation and inner skin, electrics and heating provided.

In addition, a new kitchen was built to the west building, using original stone from a previous structure that had been demolished years earlier. Both building are now back in use for the community, with funerals taking place in the East Chapel and research and history recording in the West Chapel, (now the Heritage Resource Centre).

Congratulations on winning this award, the restoration has been completed sympathetically and carefully. I was given a tour recently and the buildings are a joy to see.