Isle of Wight women determined to play their part

Female members of the Isle of Wight Labour Party came together last week and heard impassioned speeches about how Island women can help empower others to represent their communities. 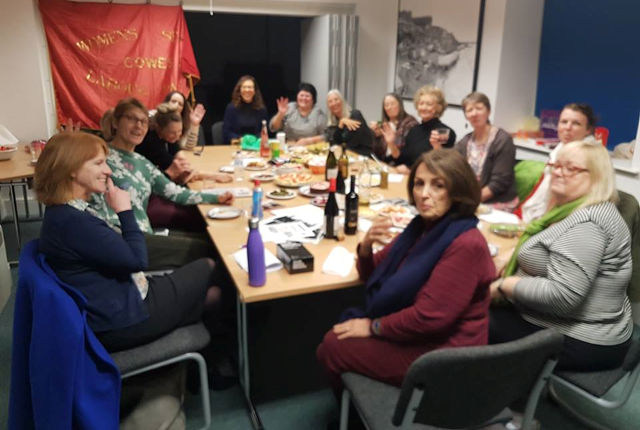 Women from Labour Party branches all over the Island came together at the Green Room, Salisbury Gardens, Ventnor, on Friday 8th December to socialise, discuss the upcoming National Women’s Conference, proposals to start a Women’s Section on the Isle of Wight, and to raise funds for The Baby Box, a Ventnor Project helping families in need.

Determined to play their part
The Isle of Wight has had women’s sections before, dating back to the 1920s, but in more recent years, with members moving away, and membership static, they had fallen into abeyance.

Now, however, the local party has more members than it has had for well over 60 years, and women are determined to play their part.

Women empowering women
Attending was former Labour Parliamentary candidate Deborah Gardiner (pictured, left, with a group of other participants), who, along with Pauline Hunter, Chair of Newport Branch, gave impassioned talks about the importance of Island women empowering women to represent their communities and fight for the things that matter to us all.

Thanks were expressed to local organisers, Marzena Turner and Joyce Milford, for arranging the event, which raised over £30 and several bags of items for The Baby Box, and promises to be the first of many.