Jonathan Dodd: But Is It Funny?

It’s been a while, but we’re very pleased to welcome Jonathan Dodd back this week, as he shares his thoughts about humour, laughter and how it makes us feel 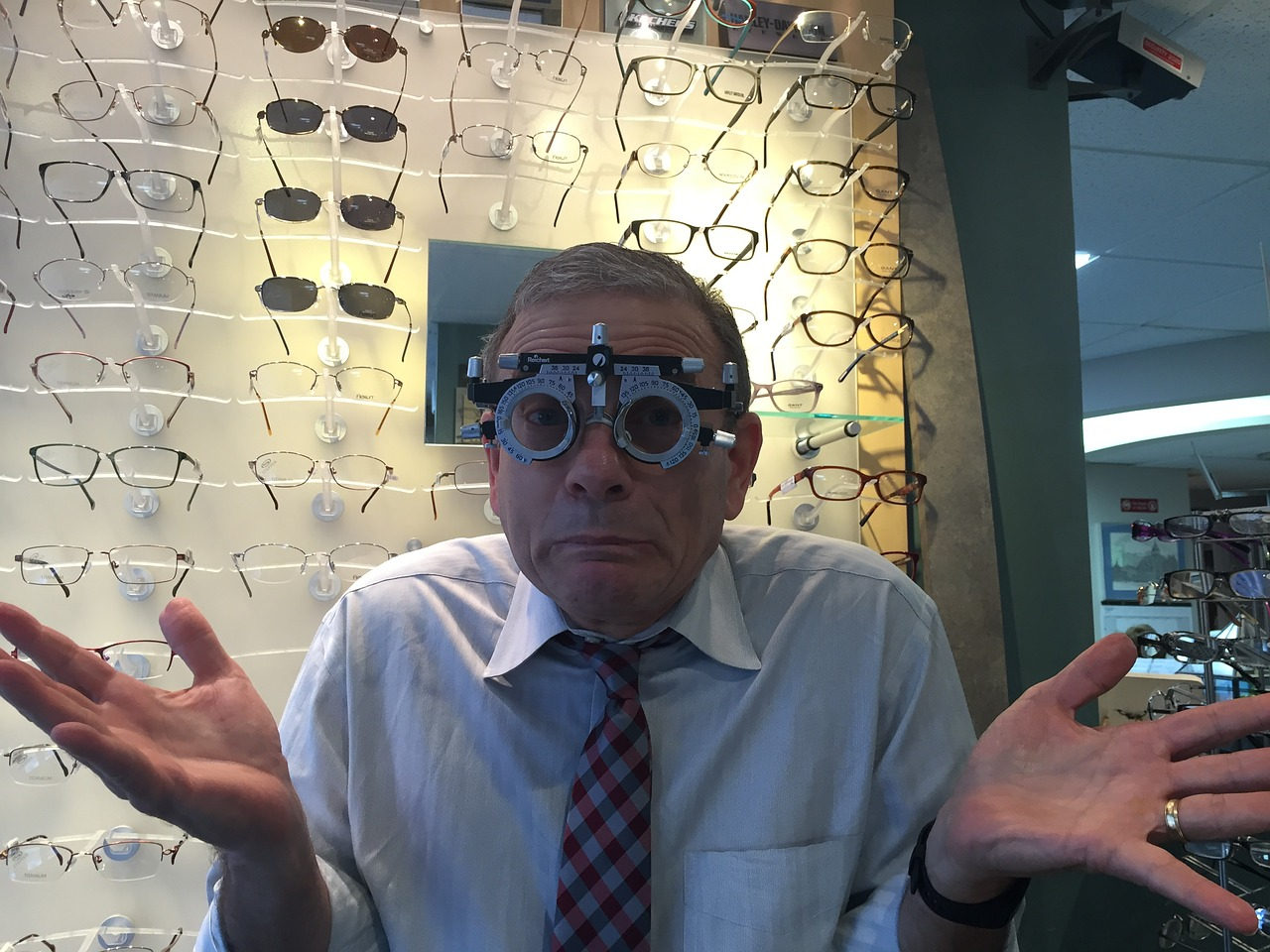 As a somewhat-reluctant member of a reading group (I’m not really a joiner), I’ve found myself in a quandary this month. We’ve been given a book that’s known as a classic work of comic fiction, and is well-loved by at least some people. I received this book with delight, because, as we all know, humour is sadly lacking in our lives nowadays, and I was looking forward to having a good laugh, or at least several smirks, and even if I was lucky, a light guffaw or two.

Sadly, I struggled through about 100 pages before exercising my right, given to me by the late great Dorothy Parker, to throw it across the room and find something to read that wasn’t enraging me. I hasten to add here that I threw it gently, towards a pile of cushions, in a smooth but slow underarm action, because it’s a Library book, and I was brought up properly to respect the property of the community I live in.

The aforementioned cushioned impact
The reason why I gently levitated this book towards the aforementioned cushioned impact? Simply put, I didn’t find it funny. Not at all. There wasn’t, in my humble opinion, a smidgen of humour to be squeezed from its stony compactness. It described a series of mistakes and mishaps, generated mostly by people who made false assumptions and never thought to check, and then sought to hide their mistakes from everyone else because they feared to be found out in the foolishness they were drowning in.

I understand that this could be thought of as the basis of our very society and civilisation, and our civil service and armed forces and our religious organisations, and probably everything that we take for granted. Heaven knows, our politicians have been indulging their collective idiocy and ignorance and wilful stubbornness lately, and our voters have excelled themselves, falling over to vote for the motliest of crews to chart our course towards the rocks we have decided we need to sail through whilst wearing multiple blindfolds and humming ‘Lai la lai‘ with our hands over our ears.

I like to laugh
I wrote that solely to illustrate the manner of the book I have failed to finish reading for reasons of not endangering my sanity. I have no idea whether you, dear reader, if you even exist, enjoyed reading that or not. I didn’t enjoy writing it, and I’m sure it isn’t funny. It reminded me of Paul Simon’s wonderful ‘The Boxer’, which really isn’t supposed to be funny.

I have squandered my resistance

For a pocketful of mumbles

All lies and jests

Still a man hears what he wants to hear

But it did get me thinking about humour. What exactly is this Humour thing? I have no idea. I know when I find something funny, because it makes me laugh. I like to laugh, and some things will never fail to get me started, while others probably won’t last, and there are many things that have made me laugh in a sort of guilty way, because they felt like I was mocking people’s unfortunate characteristics, or terrible things that happened to them.

Laughing so hard it makes us cry
Firstly, humour is itself difficult to define. There are belly laughs, and chuckles, and laughing so hard it makes us cry (my favourite), and then there are the smiles, of recognition, or of surprise, or shock, or delight. Then there are things that are funny, but they hurt. Kurt Vonnegut and Robert Heinlein both suggest that humans laugh because it hurts. I rather like that. I once was told that there was once a world convention of humourists and funny people, trying to find out whether there was a universal humour for all mankind. They found out that the only thing that was funny in every culture they were able to study was fart jokes. That’s a thing that warms the cockles of my heart. I’ve always liked a good fart joke myself.

There are different ways we express or experience humour as well. It can come from being tickled. I never understood what that’s all about. It can come from seeing or experiencing something physical, like slipping on a banana skin. There’s a whole genre of tv programmes that simply show people falling off or over or onto or into things, either accidentally or through stupidity, and I laugh at that until I’m convulsed, even when it’s a miracle that the people involved don’t get killed or injured very badly. There’s a school of thought that we laugh when something happens to someone else because we’re relieved to have avoided that ourselves. That’s the direct opposite of parents, who often shout at children who avoid injury, when picking them up and clasping them tight would seem to be more apposite.

A collective shudder whenever Benny Hill is mentioned
We also have lots of humour subroutines, like practical jokes, or wordplay, social embarrassment. These seem to be more Marmite forms of humour. I never could enjoy The Office, for instance, and I know people who couldn’t stand Monty Python. I never liked Some Mothers Do ‘Ave ‘Em either, because it felt exploitative. There’s a collective shudder whenever Benny Hill is mentioned. It’s all very confusing. I know people who will never find someone funny at all if they swear, and others who laugh because of the swearing itself. You can never be certain that someone will find a particular thing funny or not.

I once went to dinner at a work colleague’s house, and it turned out that he and his wife were obsessed with Frazier. They couldn’t believe that I had never seen Frazier, and insisted on putting on two of their favourite episodes. It didn’t go well, I lost a potential friend, and I’ve never been able to watch Frazier since. I have no idea what actually happened, apart from the slight creepiness of their need for me to like it, but I started to think about comedy being very bound up in context. A lot of comedians work best live, with an audience hat are enthusiastic and all enjoying themselves. Take that comedian out of there, put him or her on tv and beam it into lots of living rooms, and they often fall flat, because there’ isn’t that connection, or that sharing thing.

The huffing and puffing of pompous people
Humour is often used to take swipes at established institutions or beliefs. Life of Brian was banned for years, despite it containing no actual blasphemy. That’s partly why it has been so successful, because a lot of the comedy was provided by the huffing and puffing of pompous people objecting to things they thought it was saying. Satire works in the same way. Politicians take a lot of trouble to appear sensible and trustworthy and believable, and they never accept lampooning easily. Whenever we poke our heads above the parapet we risk someone taking pot-shots. It takes a brave person, or someone who’s very sure of themselves, to risk that.

Humour isn’t always performed. It is often written, and it either works for you or it doesn’t. One man’s humour is another’ man’s deathly ghastliness. It’s high-risk, because there are only three possible responses. Lots of laughter, or ridicule because people hate it, or the worst thing, which is no reaction at all. Unlike many other reasons for writing, Humour demands reaction. I’m struggling to think of many books that made me laugh out loud, and it may be that my mind demands seeing or hearing things to activate the humour trigger.

It has to be able to help me deal with difficult aspects of life
I do love the Hitch Hiker’s Guide to the Galaxy though. It’s satisfying on so many levels, and it uses humour lightly and consistently, applying it to characters and their behaviour, as well as institutions. Life, and everything else in the universe. It’s even-handed in the funny stuff it dishes out, and it’s good-nature lightly covers its deep despair at the sheer stupidity and ridiculousness of everything, as well as its joy in that very same thing, and it always believes that somehow, through good luck and humour, something will survive and carry on. And I love all the music of the Bonzo Dog Doo Dah Band, for the same reasons.

I think I’ve finally come to a sort of understanding of what’s important and good about humour, and what actually makes me laugh. It has to be good-humoured, and it has to be able to help me deal with difficult aspects of life. Or it can just be funny in itself. Personally, wordplay works for me too. I’ve heard thousands of jokes, but I simply can’t recall any of them, apart from two, that always make me laugh. I’ll repeat them here, and I hope you like them, but I don’t need you to find them funny, although I hope you enjoy them too. ‘A small and terribly spoiled boy was about to have a birthday. His over-indulgent parents asked him what he wanted. “I wanna watch!” he shouted. So they let him.’ And there’s this elegant one. ‘I’m really familiar with 25 of the letters of the alphabet. I don’t know Y.’

It makes us feel good
The other thing that’s so satisfying about humour is that it’s rather wonderful to be able to laugh. It makes us feel good, and it lightens our day, and we remember and can revisit the things that make us laugh. We can share them too, which is wonderful. And there seems to be no limit or end to our ability to extract something funny from whatever good times or ghastliness we’re going through. That’s rather special.

I shall finish this meandering mishmash of disjointed thoughts with a quote from the Queen Mother. I never in my life thought I would write that. Apparently, she used to write lots of letters, and during the war she always signed off with “Tinkety tonk old fruit, and down with the Nazis”. It always makes me laugh. I first heard that on Kermode and Mayo’s Film Review, and I think they’re funny too.

5 Comments on "Jonathan Dodd: But Is It Funny?"

Oh how I missed your philsophical ramblings which I totally understand.!

Why thank you. It’s good to be back. Let’s hope I can keep it up!

Thanks Jonathan – good to have you back. I, too, am a lover of Hitch Hiker’s…from the first broadcast all those years ago with Peter Jones, to now.
Quite often humour just shows up in conversation with friends – a “quick” response is great…

I sincerely hope you can’t keep it up. It’s some of the most boring, uninteresting writing I have ever had the pleasure not to finish reading.