Latest news on the Le Veness development, straight from the horse’s mouth 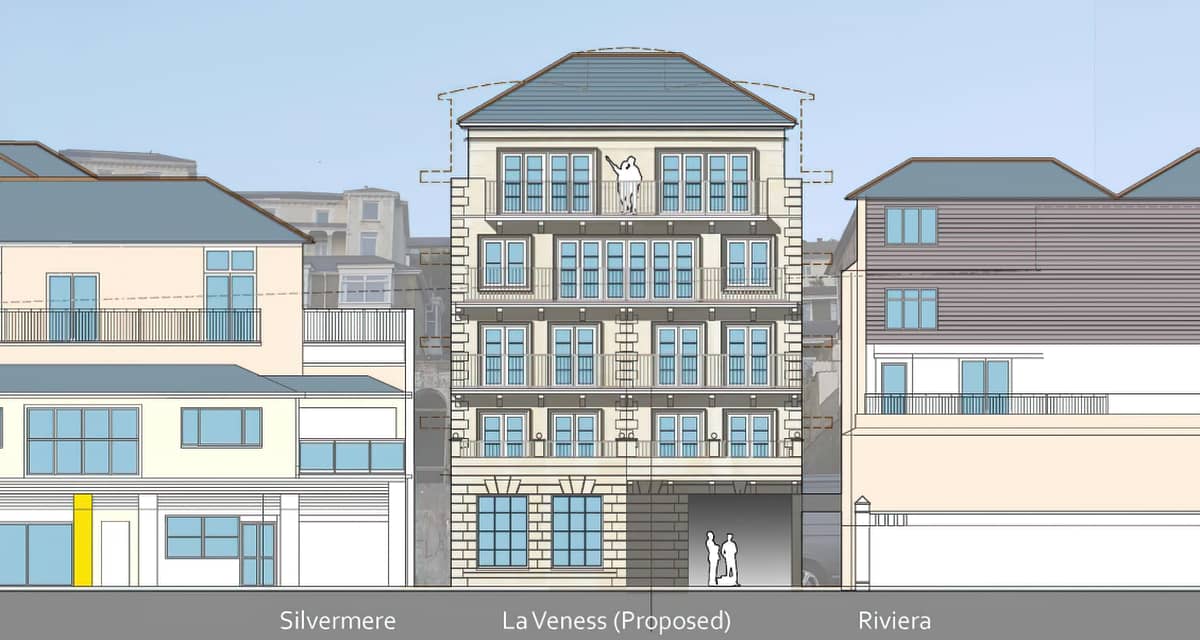 When demolition signs went up at the Le Veness site on Ventnor’s seafront last month, concerns were raised by some locals as planning permission had not yet been granted for the new development.

News OnTheWight got in touch with the new owner of the site to find out where the application stood and what plans were for this year.

Lilley: Guided by my heart
Mark Lilly, who plans to move into one of the flats on the seafront when the development is completed, told News OnTheWight that he is being guided by his heart.

He spotted the site in November 2018 after his partner, who loves Ventnor, ‘dragged’ him ‘by the nose’ to the town. After seeing the site, he spoke to a local resident expressing an interest in the site, his mobile number was passed on and two weeks later the then-owner of the site got in touch to arrange the sale.

Previous design an ‘abomination’
Mark explained that the Chief Planning Officer at Isle of Wight council supports the new design for the site (five flats with parking). It’s less bulky than the six-storey version that passed through planning approval in 2004, which Mark calls an ‘abomination’.

Last summer (2020), revised proposals were submitted, appearing more sympathetic to the Victorian terraces the development would sit within.

Ramboll and John Peck appointed
The demolition notice has gone up on the site as Mark now has to provide a detailed design of the footings that are planned for the development.

Engineering consultancy Ramboll and construction company John Peck have been appointed. They will be demolishing part of the current derelict structure in order to carry out in-depth tests. At the moment Mark is awaiting officer approval of the plan of action for this part of the work.

To counter any weight that is removed from the site, a large concrete block will be lifted into its place to protect the land stability.

A fresh start
Mark told News OnTheWight he’s aware there is history of controversy at the site, but he’s keen for any ill-feeling to be put to bed and will be keeping us updated on any developments.

Full details of the application can be found on the Isle of Wight council’s planning portal. The application has attracted a large number of objections.

3 Comments on "Latest news on the Le Veness development, straight from the horse’s mouth"

Maybe this would be the first step to Shame the other eyesore planning applications on the seafront – the Gaiety and Homelands. Sounds like this application is going to be completed though , which is positive

Vote Up28-1Vote Down
ventnorrock
Have just read the above piece on La Vennes, I have been somewhat troubled by the apparent plans for this long time abandoned site. The latest owner may not have thoroughly thought things, although I hope for their sake that they have. It is interesting to note that a local and well known publican, who has in the recent past developed two prominent Esplanade sites, has not… Read more »
Vote Up40Vote Down
Benny C

So well informed that the first application was a joke. Amateur.