The Isle of Wight Symphony Orchestra return to Medina Theatre later this month for what promises to be a spectacular concert. 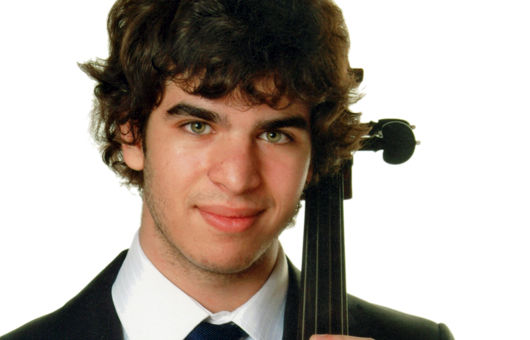 Thanks to Helen for this reminder of the upcoming concert by the Isle of Wight Symphony Orchestra. Ed

The Isle of Wight Symphony Orchestra will be performing their third concert of the present season on Saturday March 22nd. The concert will start at 7.15pm and as usual will be at the Medina Theatre. Working the orchestra hard for this concert is guest conductor Rupert Bond.

Greatly in demand for many years, Rupert is bringing his unique blend of musical expertise, humour and humility to rehearsals for what promises to be a very special evening.

The concert will take the audience on a tour of the world commencing with four exciting dances from the ballet Estancia by the South American composer Ginastera. The music is very rhythmic and was made famous by the Simon Bolivar youth orchestra at the Albert Hall proms a few years ago. It calls for a large orchestra including seven percussion players!

18 year old Cansin was born in Antalya, Turkey, and started the cello at the age of 4, studying in Turkey, taking part in many international masterclasses and summerschools before gaining a place at the prestigious Yehudi Menuhin School in 2010 to study with Thomas Carroll. Attracting the attention of both his music teachers and international musicians with his exceptional talent and enthusiasm, Cansın has been regarded as an extremely promising young cellist from an early age. Internationally acclaimed Turkish cellist and music educator Şölen Dikener regards Cansın as one of a rare group of young musicians “possessing technical and musical maturity beyond his age.”

Shostakovich’s fifth symphony
After the interval the world tour finishes in Russia with a performance of the epic fifth symphony by Shostakovich. This symphony is a real tour de force for any orchestra and is loved by audiences worldwide.

Tickets for the concert, which is supporting the Earl Mountbatten Hospice, can be booked by phone or in person at the Medina Theatre box office, or via their website.

Filed under: What's On

1 Comment on "Symphony Orchestra tours the world in Music"

the best music is Symphony Orchestra…… i loved this music….