Despite the wet and slippery conditions, this Isle of Wight rally driving team came up trumps in Belgium at the ‘Six Hours of Kortrijk’ 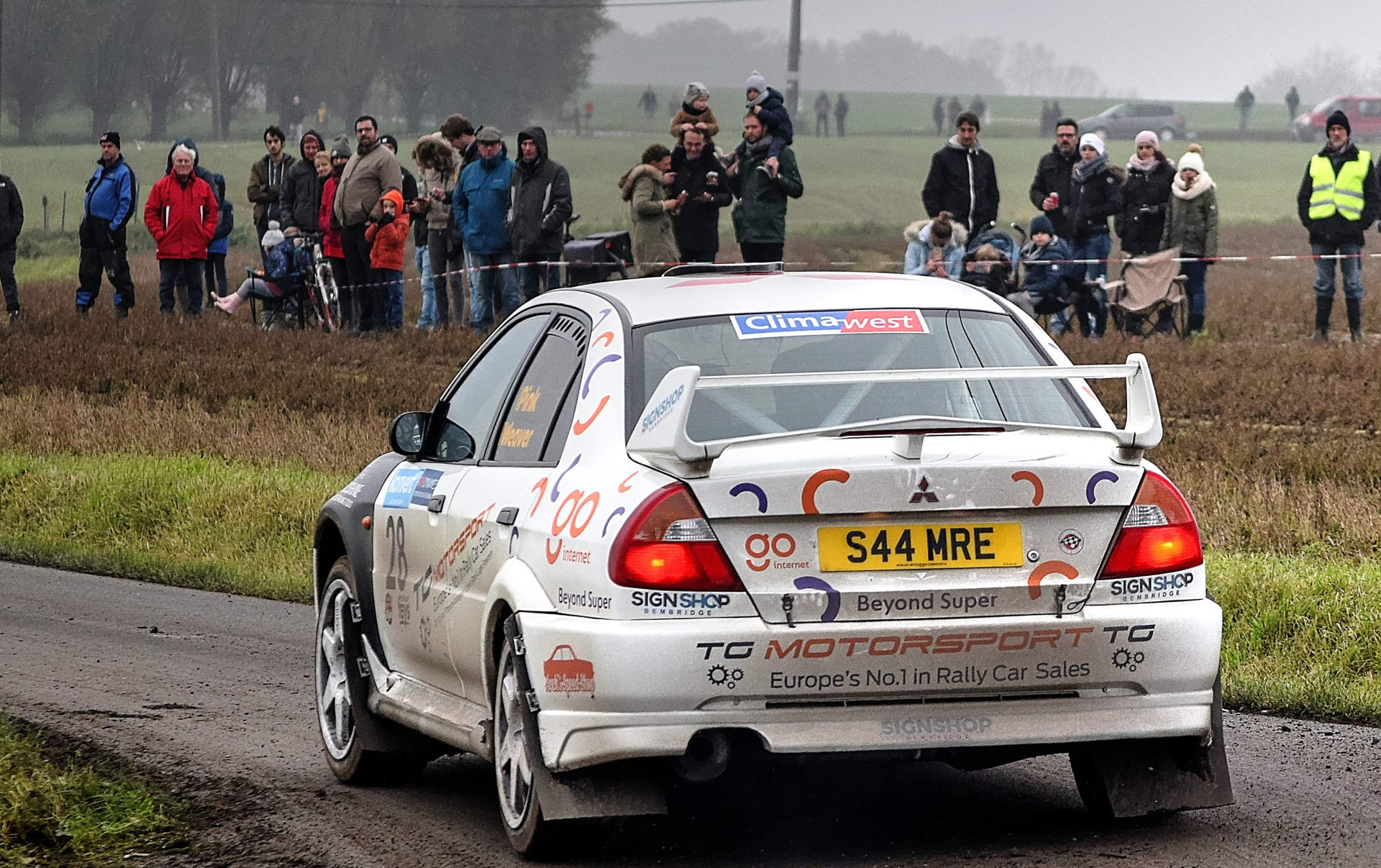 Taking place at an industrial complex, the opening spectator stage of 14km on Saturday night drew a crowd estimated to be 5,000 strong despite the heavy rain.

Slipping and sliding
Slippery conditions gave the onlookers a treat as the cars slipped and slid in spectacular fashion.

The pair hit trouble early on as the auxiliary lifting failed on the car and a very slow stage time followed.

The road surface was very greasy, so Weaver chose to take full wet tyres in the hunt for grip.

A cautious start to the Sunday stages paid off with the first loop completed unscathed, albeit at the expense of outright pace. The duo were struggling to find confidence in the suspension set-up.

Changing to a softer setup
Returning for service back at Kortrijk town square and with advice from their engineer, adjustments were made by the technicians to the suspension which was altered to a softer set up. These changes paid off, with an immediate improvement in pace during leg three.

A puncture spotted by Weaver prior to entering a time control required fitting the spare in short order, but this was competed in about two minutes with minimal fuss. Later inspection identified a screw, probably picked up on a road section to be the cause.

After another service halt, the competitors once again took to the stages for the final leg, some of which was in darkness. With the auxiliary lighting repaired, Weaver and Pink took a steady run through to consolidate their position. With 12 stages completed the final act was to drive over the finishing ramp back at Kortrijk.

“The conditions today were the trickiest I have so far encountered on a rally. We learnt a lot during the event and we can build on this experience in the future. Mercifully, it was not so cold that ice contributed further to the challenge.

“However, the general lack of grip and worse still the inconsistency, made it hard to judge braking distances and stay on the pace.”

Second place
Despite the challenge, the pairing recorded second place as championship guests to the Flanders International Rally Challenge (FIRC) and this result has inspired them to sign up to the series next year.

“The tarmac rallies on offer in Belgium and the FIRC are so well organised. The competition is a step up from what were used to in the UK and to mix it with the locals is satisfying.”

Next event
The next event is the Mini-Tempest stages on private land in Farnborough between Christmas and New Year.

James Pink will sit out this one, but Kent based Tim Sayer will instead co-drive Richard.

Richard and James will return next season with a mixture of forays to Belgium and hopefully Ireland.