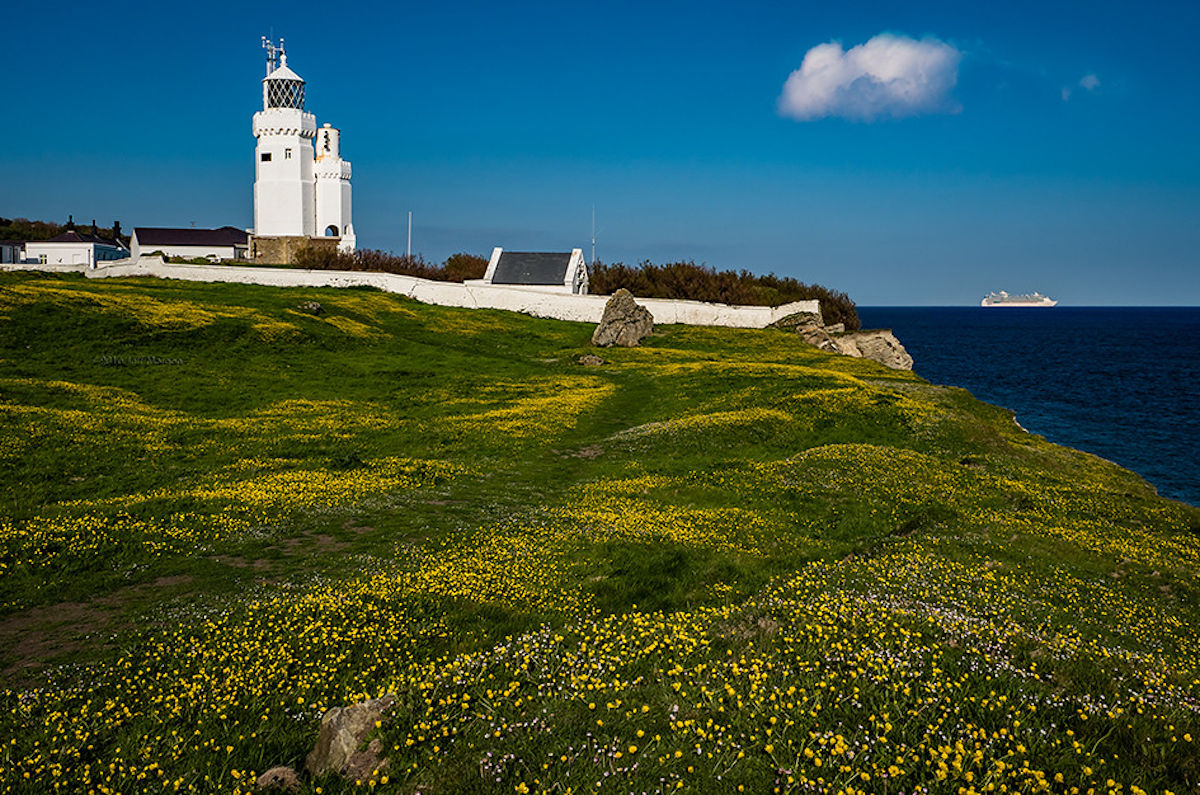 The iconic St Catherine’s Lighthouse has closed its doors to visitors and is unlikely to reopen.

The Trinity House General Lighthouse Authority, who are responsible for the St Catherine’s Lighthouse, said it was not economically viabile to keep the visitor centre open.

A loss for Isle of Wight tourism
The news follows the retirement of tour operator, Andrew Booth, a successor of whom, Trinity House say, could not be found.

Almost 20 volunteers previously ran the tours, once of whom has expressed their dismay at the decision, saying Isle of Wight tourism would be poorer for the loss.

All visitor centres reviewed
Trinity House say they have recently reviewed all of their visitor centres, and that taking into account a range of factors, the decision to focus their efforts into “fewer, more accessible and economically viable” locations has been made.

Therefore St Catherine’s Lighthouse will no longer be open to the visiting public as a tourist attraction.

It will, of course, continue as an operating lighthouse.

“Visit Isle of Wight have been made aware of the commercial decision by Trinity House to close St Catherine’s Lighthouse as a visitor destination.

“We were surprised and disappointed by the decision, however the building itself will remain an remarkable landmark, offering the opportunity to create many memories.

“Visit Isle of Wight hopes that Trinity House will, in time, reverse the decision – allowing visitors to delve further in to the history of this popular destination.”

‘Buoys, Beacons and Bananas’
Local schools may also be interested in a recent initiative by Trinity House — aimed at young learners — to teach Key Stage 1, 2 and 3 learners about shipping, seafaring and safety.

The ‘Buoys, Beacons and Bananas’ education resources can be downloaded for free from the Website.

Background to the decision
A spokesperson for Trinity House told OnTheWight,

“Trinity House is responsible for the provision of reliable and cost effective aids to navigation and sees visitor centres as a means of communicating our role in providing for the safe navigation of shipping and facilitating the safe flow of trade by sea. A review of our visitor centres has been conducted, taking into account a range of factors, and the decision has been made to focus effort into fewer, more accessible and economically viable locations, where maximum exposure can be achieved.

“St. Catherine’s Lighthouse has had to close its doors to the visiting public as a tourist attraction; the lighthouse remains fully operational but long-standing tour operator Andrew Booth has retired and a successor could not be identified; as such there are currently no plans to re-open the lighthouse as a visitor centre. We would like to take this opportunity to thank Andrew for his excellent work in opening the lighthouse to the public on behalf of Trinity House, and we wish him every happiness in his retirement.”

They went on to add,

“It is very much appreciated that islanders may feel a close affinity with St. Catherine’s Lighthouse. They can be assured that the station itself remains a key operational asset and continues to play a vital role in the safety of navigation for vessels in and passing through the area. The visitor centre decision therefore in no way detracts from the operational role of the station.”

newest oldest most voted
Guy Eades
Hi Sally, I suggest you enquire into this story further with Trinity House. I visited last summer as I read Trinity House were proposing to dismantle the traditional glass prism light and replace with an electronic lamp version like most other lighthouses now in the UK eg Needles. This was confirmed on my visit to be the intention by guide Andrew Booth whether he retired or not.… Read more »
Vote Up110Vote Down
Sally Perry

Hi Guy, I got in touch with TH and they responded,

“Trinity House plans to carry out re-engineering works to modernise the lighthouse next year (as we do with all of our stations), but the exact nature of the works is yet to be determined. As such, there is no firm answer to your question about the optic at this time.”

Vote Up30Vote Down
Guy Eades
Many thanks Sally. ‘Modernise’ does mean I am sure replacement of the glass prism light with an electronic/digital replacement as in most of Trinity House’s lighthouses. So can anyone think of where the old light glass could be housed and displayed on the Island? It is so beautiful and a great heritage asset. TH might be persuaded to donate and rehouse it on National Trust property such… Read more »
Vote Up110Vote Down