Tomorrow, members of the NUT (National Union of Teachers), ATL (Association of Teachers and Lecturers) and UCU (University and College Union) will be taking strike action across the country and the Isle of Wight will be no exception. 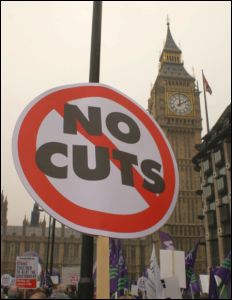 NUT members on the Island were balloted over the pensions changes and 97.42% backed the strike action with a turn-out of 50.32%.

NUT branch secretary, John McGee, explained to VB the reasons why the teachers are taking this industrial action, “There is a false belief that Public Sector Pensions are gold-plated. They are not. The average Teacher’s pension is about £10,000.

“Teachers are angry and feel cheated by the Government. We are shocked by the imposed changes already brought in – while negotiations are still supposed to be under way – which mean that those already receiving Pensions will get less this year than they should.

“Using teachers’ pensions to make up gap in public finances”
John went on to say, “Teachers negotiated with the Government in 2006, we agreed changes which will make the Teachers’ Pension Scheme sustainable. The Government refuses to evaluate those changes.

“They are using teachers’ pensions to make up the gap in public finances – but those who caused that gap are allowed to escape scot-free, with their grossly inflated pensions and bonuses intact.”

Pressure to negotiate
John McGee went on to explain that the action by the striking teachers tomorrow is intended to put pressure on the Government to negotiate in good faith, while causing the least harm to pupils’ education.

He said, “Schools have been given plenty of notice, so that inconvenience to families may be kept to a minimum. Head Teachers must consider the number of Staff likely to be absent tomorrow and decide whether it would be safe or wise to keep the School open.

“We hope that parents, pupils and the public will be encouraged to contact their MP and members of the Government to insist that they find a better way forward, rather than alienating the people on whom the country relies.”

“Not expecting widespread closures”
We asked the council for a comment about the planned strike action and whether any schools would be closed as a result.

Roger Edwardson, IW Council Head of Learning and Achievement said “The council is continuing to work with schools ahead of 30 June to establish whether they will be affected by the planned teachers strike on 30 June.

“While there will be some disruption to some schools, we are not expecting widespread closures.”

How will schools be affected?
Details of how schools will be affected are embedded below for your convenience. Data was taken from the IWC Website this morning.

Click on the tabs at the bottom of the table to view Primary, Middle, High and Special school details

25 Comments on "Unions And Schools Prepare For Strike Action Tomorrow"

This Government have to realise that many people are getting sick and tired of being pushed about, especially when the Government’s proposals of cuts are being forced on people because of the failure and greed of the banks.

The Government should take thought of what is happening in Athens at the moment.

I wouldn’t be surprised to see riots on our streets in the near future, similar to those of the poll tax riots years ago against the Thatcher regime.

So how many Teachers will be out protesting? or will they be enjoying a day off/ catching up with marking?

I expect to see plenty out on the street protesting

Totally irresponsible for public sector workers to go out on strike. They should be grateful they have a pension, as many private sector pensions have closed down because of Gordon Brown’s Â£100 billion tax raid on pension funds

Vote Up00Vote Down
Asite2c
To suggest public sector workers earn more and get larger pensions than the private sector is just Tory spin to get the public on side. The majority of public sector workers are not highly paid as they try to make out and only get a small pension. You should be condemning the bankers, big businessmen, top civil servants, Council leaders, MP’s, Government and Council executives, consultants etc… Read more »
Vote Up00Vote Down
Daniel Clarke

Many private sector workers don’t have any pensions at all! FACT!

Sorry, but isn’t this the same comment you make to just about everything on here? Ok, a few of the words move around, but basically it’s the same thing every time.

It’s all the fault of big business/the council/bankers/tories. Yes, we know, we’ve heard it all before!!

This comment is so pathetic it’s not even worth commenting about. Send Pugh my regards!

Vote Up00Vote Down
Fred Karno
Although the public sector workers, and most especially the teachers, are getting agitated and stirred up by their unions, the fact is that most public sector workers pay about six and a half per cent of their salary into these schemes. The big myth is that there are pension funds in the public sector. There aren’t. How it works is that the contributions made by those working… Read more »
Vote Up00Vote Down
young dude
thank you Fred, a very insightful comment. as a teenager I’m not particularly sure my generation will even have a pension pot to look forward to. then again, in some other countries you would have to work, or face starvation. I’ve always been taught to be happy for what I’ve got. that said (and this is only my opinion), I wish I could introduce a scheme whereby… Read more »
Vote Up00Vote Down
Sandown Sally

They can strike all they want – but their pensions, mostly paid by the rest of us, are not affordasble. It’s a pity we can’t all get a generous pension for 30 or 40 years after we retire, but their just isnt enough money.

Teachers and state sector workers should be grateful for what they have.

Vote Up00Vote Down
Egg
Grateful? Grateful for a job where they’ve worked, studied and trained hard for. A job where the majority of teachers work long over what they are paid for and get constant abuse and pathetic whining from ignorant people who think they know what teachers actually do. A job where they are scrutinised constantly and put down more than praised by the parents of the children they care… Read more »
Vote Up00Vote Down
Grateful for an education

With quotes like this, it’s people like you Cath that create animosity and division between public and private sector workers.

Vote Up00Vote Down
Don Smith
Wars in Afghanistan and Libya are better than terrorist running riot in the UK. As for the teachers – Do they want to go down the road of Greece? This government will not back down; and we must all share the pain. I would start by trimming the perks of MPs, Royalty and Council Chiefs. This year P. Charles spent 19.5 Â£Million of royal jollies; it must… Read more »
Vote Up00Vote Down
Asite2c

I don’t understand why people get so angry about teachers pay when there are many professional working people in the private sector earning far more pay than teachers. Teachers are doing a very stressful job that many people just seem to take for granted.

OK, so………we’re all in this together are we? I see the old Tory trick of ‘divide & rule’ still works then. Private sector workers against public sector workers. So when we’re finally out on the streets fighting each other I wonder what our glorious leaders will be getting up to.

Vote Up00Vote Down
Zanna
To Don Smith When did you last hear of Afghanistan or Libyan terrorists running riot in the UK streets? Incredible really that we are relentlessly bombing countries that are no threat to our borders. These wars keep the military industrial complex in business while we can’t even pay adequate pensions to public sector workers. Did you know that the Americans spend $20 billion dollars a year on… Read more »
Vote Up00Vote Down
RTUC

Hands off Pensions! Oppose the Governmentâ€™s Anti-Worker and Anti-Social Programme!

PENSION STRIKES: The working class is preparing to intensify its struggle for the consolidation of the modern right to a guaranteed livelihood in old age.

Vote Up00Vote Down
Edward Upton
Excellent comment by Fred Karno. Of course teachers need good compensation for their job, but pensions are a hidden cost for the taxpayer that needs to be unbundled. Currently about Â£1 gets spent on pensions for every Â£3 spend on current salaries. If we don’t change this, that will rise to over 50:50 within the next 25 years. Imagine how unhappy you’d be if over half of… Read more »
Vote Up00Vote Down
Edward Upton

P.S. If any teachers reading are sick of the whole pensions thing, and want to meet like-minded teachers we are organising a teacher meetup at Winchester College on Tuesday 5th July next week. Sign up here.