The saga of the banned newsletter/survey from Ventnor Library continues with a response from the Ventnor Town Council to allegations made by the Isle of Wight council. 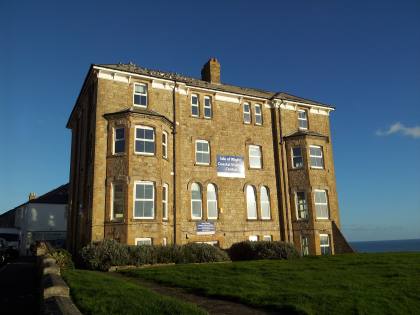 Many thanks to David Bartlett, on behalf of the Ventnor Town Council (VTC), for his response below. If you read the council’s allegations, the VTC response makes for interesting reading. Ed

The first time in all our discussions with IoWC we were told this was in an email from Deputy Director Economy & Environment on 5 February in response to a copy of the Newsletter we had sent him and other senior officers for information. His email stated: the Council has not said that it will also be disposing of the green.

An email of 6 February from the Mayor sought clarification about their future intentions and the reply of 11 February offered no reassurance, simply stating: it would be wrong to make an assumption that [the IoWC} would sell it until such time as it has given its consideration to such an action. To date the Council has only declared its intention to dispose of the building.

This is the language of the past. We would be delighted to be told that the IoWC will never sell the green and will enter into an in perpetuity commitment not to.

The formal list of assets for Disposal includes: formal Coastal Management Centre, Salisbury Gardens, Dudley Road and their Land Registry entry for the property includes both building and green.

Endorsement of commissioning manager
The IWC say: The commissioning manager for adult and community learning services has declined a request to formally endorse the bid. In the circumstances it is wrong to use his quote and the council’s logo under the headline ‘Strong Support’ The bid is not supported by the Isle of Wight Council.

The quotation from the Commissioning Manager for Adult & Community Learning is a precise quote from a long email of professional support for the Town Council’s project, similar to that provided by all the other Agencies. It was dated 20 August and never withdrawn. We have been clear that the bid is not supported by the IoWC’s political leadership since David Pugh’s email to the Mayor of 22 August which rejected all our proposal in favour of disposal on the open market.

“It’s Ventnor’s!”
The IWC say: Irrespective of who may have purchased the property historically, it legally passed to and is owned by Isle of Wight Council on behalf of all Island residents and all Island residents have contributed to its maintenance and upkeep. It is wrong to declare ‘It’s Ventnor’s!’ Similarly, it is also wrong to state as fact that any money raised would be spent ‘elsewhere’ of Ventnor. How and where any receipt may be spent is undecided.

The clue is in the exclamation mark! We do not doubt the IoWC’s legal title to the building; we entirely dispute their moral right to it and their political right to asset strip our town.

Vectis mix-up
The IWC say: There is no intention, nor has there ever been, to sell Blackgang Chine car park to Southern Vectis or at less than market value.

This is simply a proofing error; the special purchaser recognised by the IoWC for Blackgang Chine is, of course, Vectis Holdings. It certainly doesn’t alter the fact of negotiations on a Special Purchase basis for the disposal of the car park and at least one other asset.

This is simply not true. The IoWC’s Property Capital Receipts Disposals Programme 2012-2015 refers to the possibility of sale at less than market value in three of its paragraphs: 8, 23 and 24. The document is available on the IoWC’s web site.

Paragraph 8, for example, refers to a special purchase where: albeit this might be at less than market value. Paragraph 23 is clear that Best consideration does not necessarily mean the highest price achievable but can also be a combination of price and community benefit.

Paragraph 24 makes the same point: Sale of property at less than best consideration is not proposed in relation to any of the asset… other than in cases where the council has agreed to a disposal with restricted use, and then the value will reflect the restrictions applied. The final decisions in relation to such properties will identify clearly the community benefit being achieved in the disposal.

We have discussed a number of options for the transfer of the building with IoWC senior officers, including a long lease and purchase at market value less an amount reflect social value, in line with recent legislation.

It is IoWC that has single position based on a political decision; it is precisely that that Ventnor Town Council – and an increasing number of Ventnor residents – are challenging. Other choices are available to them, including the gifting of the building and its green. A legal opinion from Anthony Collins Solicitors to that effect is available from the Locality website.

The opinion is clear that all local authorities have the power to sell as less than market value given just two conditions:

Both of those apply to Salisbury Gardens: building and green.

VTC refute ‘political’ allegations
In conclusion, we refute the allegation that the Newsletter is ‘political’ in the sense that the Library policy would be expected to mean.

Party politics play no part in the work of Ventnor Town Council; that work is political only in terms of the definition that politics is the activities associated with the governance of a country or other area: that is our business, and includes the importance of challenging decisions of the principal authority when they are contrary to the interests of our town.

Remind me! Is my memory correct in recalling that Cllr Scoccia (Chair of the IW Full Council and member of 3 important committees) holds her elected position by dint of only 7 votes (0.2% of the ward electorate and less than the number of spoiled votes)? Mmmmm!

You make a very good case David and we are fortunate to have you on our side. IWC have yet to explain why they decided to sell the property in preference to the obvious benefits it could bring to the town. You can be sure that the people of Ventnor are right behind you on this one, so keep up the struggle.

Its looking increasingly likely that the Council will have to ban their own statement on the leaflet from the library as well, as it is not only inaccurate and misleading but also tells only one side of an argument.

Vote Up00Vote Down
Thomas
The saga of the banned newsletter has wider implications than the censorship of a letter. The history of the struggle for the rights of citizens of building and land is one closely connected with the Conservative standpoint to conserve bourgeois property right as opposed to public right. The principle being fought over in Ventnor by the local council is a laudable struggle on behalf of its citizens.… Read more »
Vote Up00Vote Down
tryme

Read Thomas’ post! It’s a rallying call put in well-written, clear historical & current perspectives. ‘Land grab’ is the phrase alright. If legal action can be taken I bet the money will be raised to support it.

May 2nd is not far off- get your friends/work collegues/family to help us remove the current unholy alliance from County Hall and return the Island to a true democracy. Dictatorships are not welcome in 21st Centurey Britain and Cllr Pugh & Co need to be reminded of this.

Vote Up00Vote Down
Robert Jones
The whole point of local government is that the principal authority, in this case (Gawd help us) the IW Council, and town and parish councils are supposed to work together for the common good. Now granted, they often didn’t in the past …. not least because of naked party political considerations as “independents” in those days (maybe not now) tended to be regular attenders at the Conservative… Read more »
Vote Up00Vote Down
A Naylor
Re your point:- The opinion is clear that all local authorities have the power to sell as less than market value given just two conditions: – the purpose for which the land is to be transferred is likely to contribute to the “promotion or improvement” of the economic, social, or environmental well-being of the area; and – the difference between the market value of the land and… Read more »
Vote Up00Vote Down
tryme

Then job done? I wonder if this has been tested in respect of VBG, VWG, or Salisbury Gardens…