‘Woodland destroyed’ as dozens of trees removed for housing development

If you’ve travelled in or out of Ventnor past the old terminus recently you would have seen dozens of trees have been removed from a site at the top of Grove Road. OnTheWight found how and why 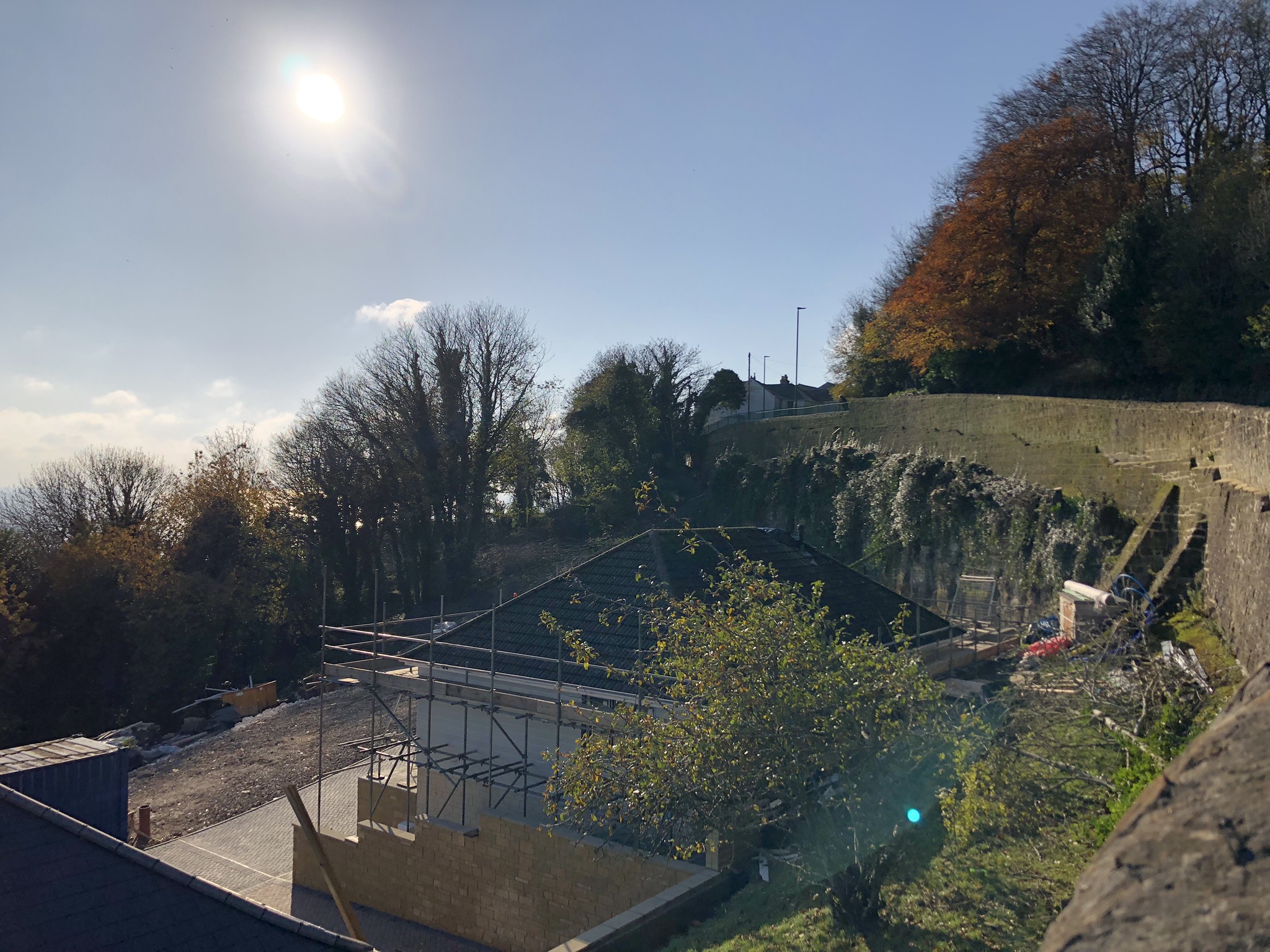 Many Ventorians have expressed their concern and dismay at the loss of woodland habitate on land near the former Railway terminus.

A large number of trees have been removed from the site above St Catherine’s school, now owned by property developer Mark King, who has redeveloped the existing bungalows and adding three more.

“Developers have completely destroyed the woodland habitat at the top of Grove Road and the powers that be have been unsuccessful in preventing them. How can this happen?”

As well as the large number of trees, swathes of undergrowth have been razed from the ground.

Trees removed as part of planning permission
Hearing the worries of residents at the loss of the trees and habitat for wildlife, OnTheWight got in touch with the Isle of Wight council to find out more.

A spokesperson the Isle of Wight council said,

“Planning permission was granted for the development that is being carried out at this site, under reference number P/00142/17.

“As part of the application, a tree report was provided and this showed that various individual trees and groups of trees would be removed for sound arboricultural reasons.”

Number of trees removed not clear
OnTheWight asked how many trees had been given permission to be removed. The spokesperson said they could not give a number, adding,

“Due to the grouped nature of some of the trees, it is not possible to state how many trees have been permitted for removal, however the Tree Report can be viewed via the Council’s Public Access system, by using the above reference number.”

OnTheWight had looked at this report prior to asking questions. It’s not clear just how many trees had been given permission for removal. Certain trees are marked for removal, but very many more have been removed.

“The Council’s Tree Officer raised no objection to the removal of the trees identified within the applicant’s Tree Report.”

Trees “would have undermined retaining wall”
Concerns about the stability of the site after the removal of so many trees had been raised by residents, so we asked how much water they would have retained, the spokesperson replied,

“In terms of how much water the trees would have soaked up, we cannot provide such information.

“However, the Tree Officer has confirmed that left to further mature, the trees themselves would have undermined the retaining wall that forms the northern boundary of the site and more importantly, that acts as a retaining wall for the public highway.

“Thus, the cutting back of the trees has prevented this issue.”

Site visits concluded
Finally OnTheWight asked whether the Tree Officer had been visiting the site to ensure only the agreed number of trees were being removed.

“The Council’s Tree Officer has recently visited the site and has confirmed that the tree works carried out are in accordance with the agree Tree Report and that no breach of the relevant legislation has taken place.

“In terms of site inspections, we have no further planned inspections and will only carry out site visits should complaints regarding potential breaches in planning control be received.”

OnTheWight contacted the agent for the development at the beginning of the week, who forwarded OnTheWight’s email to Mr King. At time of publishing he had not responded.

newest oldest most voted
Angela Hewitt
The Isle of Wight council must develop a strong policy about the protection /removal of trees. i.e area of a certain size i.e 1/2 acre the permission for the development should be refused or number of buildings reduced. Or the developer must plant the equivalent number of trees elsewhere i.e on land that they have purchased for the purpose of planting. I am sure readers have other… Read more »
Vote Up52-2Vote Down
Jane

I don’t agree with destroying all these trees to build houses. Nor should we be building on green belt land until we have used up other suitable sites on the island. Look at The Grand Hotel in Sandown. That’s been a massive eyesore for a decade now. How is that allowed to be??

I Sure the woodland had a badger set near the base of the wall!!. No doubt they are gone now