In this part of the Woodland Journeyman mini series, Jon Jewett explains how the Isle of Wight is being affected by the tragedy of Ash Dieback 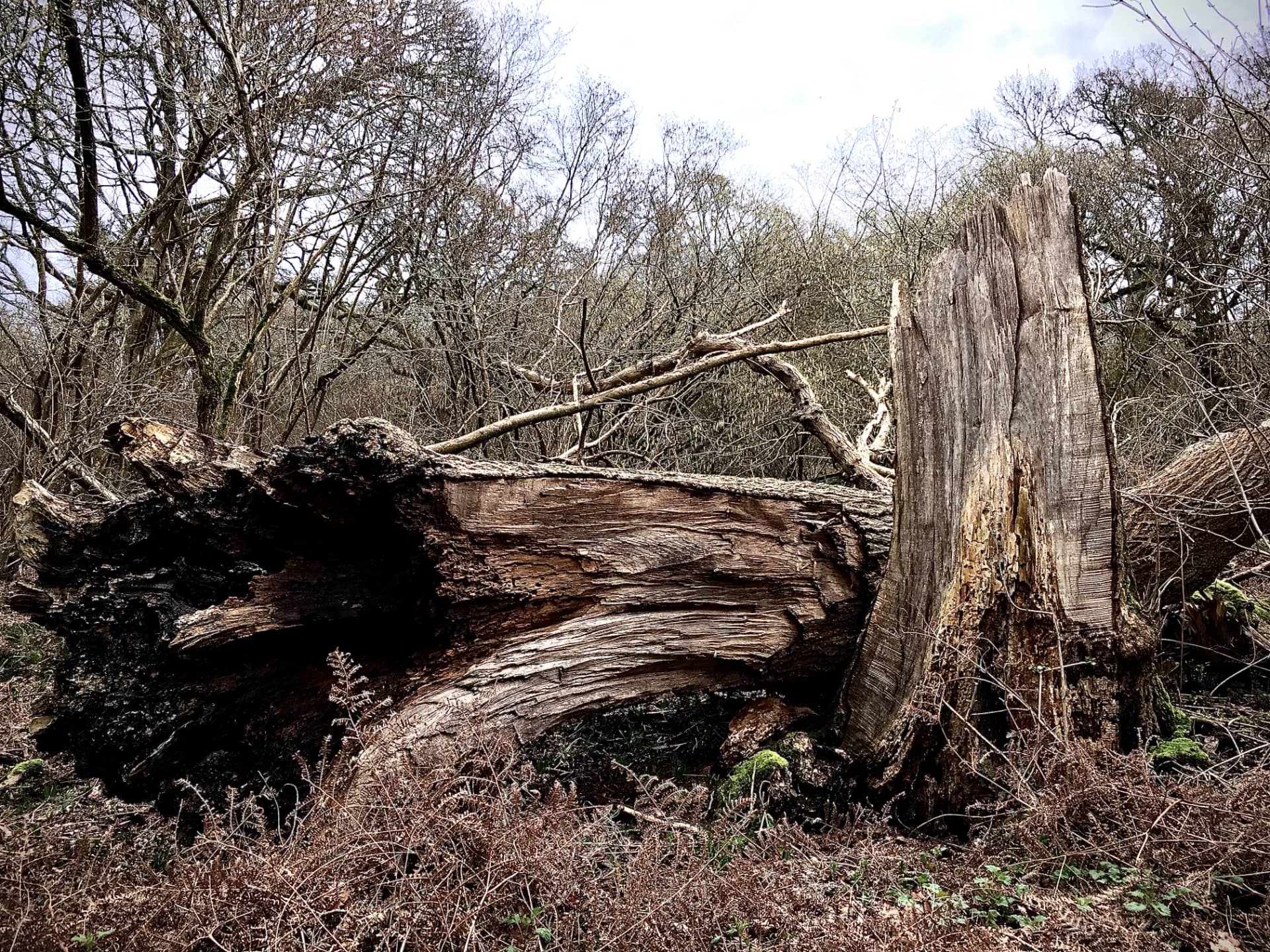 Woodland Journeyman, Jon Jewett, completed an apprenticeship with the Wildlife Trust last year. He has some really interesting and insightful views about woodland and wildlife that we felt would be of interest to readers.

In part three of this Woodland Journeyman mini series, Jon explains how the Isle of Wight is being affected by the tragedy of Ash Dieback. Ed

Ash Dieback, or Chalara, is quite possibly the worst thing to hit Europe’s woodlands since Prometheus stole fire from the Gods and gave it to us humans.

Ash is the second most abundant tree species found in Britain’s small woodlands after oak. Some 60,000,000 established trees are estimated to exist with 400,000,000 saplings in the pipeline.

Wishful thinking
European Ash, or Fraxinus excelsior to give it its Latin name, which sounds wonderfully like a incantation from Harry Potter.

Click on images to see larger versions and descriptions

I’m particularly fond of Ash as I always imagined them to be the legs of Brachiosaurs, with their smooth yet wrinkly bark, clean stems disappearing up into the canopy.

We know this because we’ve watched it ravage across Europe in the last 20 years. Even Brexit couldn’t keep it at bay.

How it spreads
The spores are airborne and will carry for miles. If it hadn’t been brought into the country via tree nurseries it would have arrived eventually by wind from across the channel.

To our best understanding Chalara co-evolved with Asian Ash species over millions of years, the local genus building up a healthy defence and tolerance to the fungus, whilst the fungus shifted and changed to remain active.

Biological warfare
It’s a biological warfare that plays out between species since life started. The problems occur when isolated ecosystems are smashed together, where local life suddenly comes into contact with foreign pathogens.

In the years following Columbus’ discovery of South America it is estimated that a quarter to a half of the native population succumbed to European diseases. Smallpox, cholera, tuberculosis and plague to name just a few.

What happens next
The Chalara spores infect the Ash tree through broken twigs, cut limbs or open wounds, weakening and depressing the bark cutting off the flow of nutrients to the crown, whilst the fruiting bodies develop upon the fallen leaves in Winter.

The fungus won’t necessarily kill the tree but will critically weaken it, allowing for secondary infection of other pathogens, I think we all understand this process all too well by now.

Where this poses a risk to the public remedial action is required, where it does not then official advice is to leave in place and allow to die a natural and dignified death, providing a vital habitat for bugs, and birds, and fungus.

No known cure
As of writing there is no known method of stopping the spread of the disease or effective treatment for infected trees.

Be cautious of any who say there is without firm scientific evidence. And it’s definitely not because of 5G.

Dangers of felling
It is incredibly dangerous to fell a dead Ash tree, so far the vast majority of fatalities have been to arborists taking down heavily infected trees with limbs breaking out above. But one case has come to my attention of a young expectant mother who was hit by a falling bough, she survived but heartbreakingly her unborn child did not.

Combine this with the predicted high mortality rate of Ash trees, many conservation groups, local authorities and land owners are taking preemptive action to protect the public by felling seemingly healthy specimens.

Me personally, I’d reroute the footpaths away from critical areas, closing specific sites to the public, then blow up a tree or two. But then again a lockdown of nature might be the final straw for some in these unprecedented times, and this doesn’t take into account the millions of Ash trees growing in people’s gardens.

Look out for part four in the Woodland Journeyman’s mini-series, where Jon shares some hope in the fight against Ash Dieback. Ed