Better Ferry Campaign to launch on the Isle of Wight

The Better Ferry Campaign is due to launch on the Island soon. 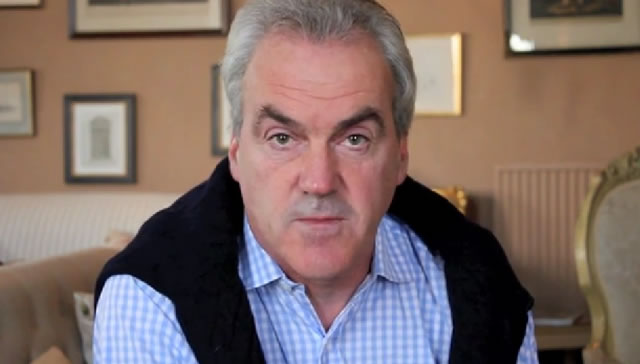 A campaign, calling itself the Better Ferry Campaign, is preparing to launch on the Isle of Wight.

A professionally-shot video, available online, entitled ‘A film by the Isle of Wight Better Ferry Campaign with a range of prominent ferry users talking about their views on the current Isle of Wight Ferry service and how it could be improved in the future.’ appeared a week ago. We’ve embedded it below.

Those that appear in the video are:

Each of them deliver their thoughts as to the current situation with ferry companies that serve the Isle of Wight and what they think is wrong at the moment.

Debt
Andrew Palmer, points to the level of debt (called gearing in banking circles) that he says the owners of the companies had to take on to buy the ferry companies, saying, “All of the profits being made inevitably went to service the bank debts.”

A call for a strategy
The last two clips are from Nicky Hayward and Andrew Palmer. Nicky says, “I think there needs to be an all-Island, non-Political strategy to work with Wightlink, and Red Funnel, and Hovertravel, and any other ferry operators, in order to ensure that the local community are served and that everybody who wants to visit the Island is able to do so – at a price that is realistic in the current tourism market.”

Andrew Palmer is given the last word: “It’s wrong that an essential service, to be owned and operated by over-geared businesses that are only interested in returning funds to share holders.”

Watch the video
Update 14.35: Somewhat bizarrely, from an organisation seeking to gain public support, just under an hour after publishing this article, the video was removed.

newest oldest most voted
alverstonegv
What an odd video! Not sure what it is suggesting should happen? Just a few moans from a few posh people, saying they want change! Change to what? Is the matey from the Garlic Farm going to take charge of the ferries with the geezer from the Priory Bay Hotel? Can they steer the ship? Let’s hope their website will enlighten us when it is launched on… Read more »
Vote Up00Vote Down
RTUC
Macquarie must Drop the Debt from Wightlink. Russell Kew, CEO at Wightlink, is trying hard these days to hide the problems at his company. It is a shame really that he and his management are caught between a rock and a hard place. The best bet for them is to split with the parent company Macquarie. The only chance they have of keeping their jobs is to… Read more »
Vote Up00Vote Down
Sciolist

Where are the commuters, the people travelling to hospitals? Very unrepresentative video.

If, as they say, the main problem is servicing the debt created when the ferry companies were bought, then that isn’t going to change. Even if somebody were to take over the ferries, they’s still have to raise the money and incur further debt. I don’t see what this campaign will do other than maybe get a few timetable adjustments.

Vote Up00Vote Down
alverstonegv
I see the video of posh people has been quickly removed from Vimeo! Did anyone get a chance to download it before it was swiped? Perhaps it can be put onto YouTube so everyone else on OTW can view it. I’ve found another video linked to the campaign – http://vimeo.com/83666255 – view it quickly before they remove this one as well! It has a feature-length interview with… Read more »
Vote Up00Vote Down
Cynic

Might not the the speed of the video’s removal suggest that WL’s lawyers have become rapidly involved to deflect an attack on its preferred PR reputation?

Vote Up00Vote Down
alverstonegv
Dammit, i spoke too soon! It seems the second video has now been removed as well. Simon / Sally have you been able to download them? I would be a shame if your readers didn’t get a chance to see these videos, as we can’t be sure whether they’ll be on the website when it’s launched tomorrow. I reckon this is their Facebook page: https://www.facebook.com/pages/Isle-of-Wight-Better-Ferry-Campaign/638493299530723 What seems… Read more »
Vote Up00Vote Down
Dalek

So the campaign isn’t really able to organise its own video campaign then? Points to how useful this lot will be getting anything changed.

Its not just about “posh” people though is it. I would argue that the accents your hearing is “educated” If the “educated” people are able to spearhead anything rather than just moan moan moan then all power to them.

Vote Up00Vote Down
mat
Wightlink are scratching around these days as customers are deserting it in what is heading towards droves. There will be more of the meetings with what remains of their custom as people boycott it. Now there are more breakdowns on boats as cuts are made to maintenance costs. Now it would appear that prices will have to be cut below £25 to try and get the market… Read more »
Vote Up00Vote Down
mat

According to a Tweet tonight the Council are having talks with Patrick Seely.

Forget ferries, get modern. Denmark to Sweden. If they can do it so can we. Think 2014.
Unemployment in these two countries the lowest in Europe, and their weather is dreadful. No excuses. bridge or tunnel take you pick.
Stop these punitive discussions and act.

Vote Up00Vote Down
I do not believe it
Absolutely Don! I often worry about the intellectual capabilities of the island’s anti bridge/tunnel brigade. A 16 year old, with a basic GCSE in economics, would quickly establish the fact this island’s population (which relies entirely on two debt-ridden ferry companies for its business and social well being) is doomed to a future of increasing mediocracy. Anyone with any intuition and knowledge of the Macquarie organisation would… Read more »
Vote Up00Vote Down
Cynic
A family member reports that the cost of a return crossing of the Oresund Bridge by a car a few weeks ago was about the same as that of an RF/WL ferry crossing. The bridge (about the same length as needed for the Solent) was funded by the governments of Denmark and Sweden. The National Audit Office reports that PFI projects cost 70% more than state-funded projects.… Read more »
Vote Up00Vote Down
derek

Why is Sean Millward(Wightlink}interested in the goings on between the IW Council and the suggested CIC.Sean Millward’s question at Full Council Meeting?

Because he is a Head of Port Operations for Wightlink and he sees the writing on the wall.The cracks are appearing.

Vote Up00Vote Down
hazel wyld
As a resident in West wight, my complaints are many, cannot go to the theatre in London as last ferry back leaves lymington at 8,50…if I travel in the daytime the ferry here at Yarmouth gets to lymington just in time to miss the connecting train…EVERY TIME! my off island family pay through the nose to visit me so cannot do so more than once a year,… Read more »
Vote Up00Vote Down
Cynic
@hazel wyld ” if none of the above is done soon we will end up with a bridge or tunnel and believe me you will have even bigger problems paying your debts with no customers!” …unless, of course, a “Macquarie consortium” funded the construction and then operated a bridge/tunnel. It would be able to increase profits from higher crossing charges than today and lower operating costs! Check… Read more »
Vote Up00Vote Down
Mark Francis

Wikipedia on Caledonian MacBrayne ferries; owned by the Scottish Government-
“…few if any of the routes currently operated by CalMac are profitable, and the company receives significant government subsidies due to its vital role in supplying the islands – these routes are classified as “lifeline” services…”

I have friends who live in Stornoway – two ferries a day and just one on a Sunday to Ullapool. Puts the IOW connections into perspective a little.

Granted they also have a functioning airport with flights to several other cities. Excellent trip that was, whizzing over the mountains in a little 30 seater Saab. Actually worked out cheaper than the ferry too, if I remember rightly.