The Isle of Wight councillor said “We are all entitled to an opinion. I do not ‘like’ anything people may find offensive” 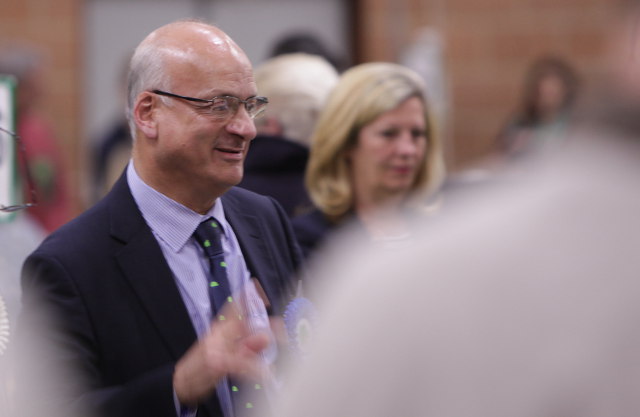 A Conservative Isle of Wight Councillor has liked tweets denying climate change and saying police should not ‘ponce around’ at a Pride event.

“I don’t necessarily agree with the subject of the posts, but there is freedom of speech.

“We are all entitled to an opinion. I do not ‘like’ anything people may find offensive.”

He liked one tweet posted on Saturday (August 10) by London Assembly member David Kurten, which was in reply to a tweet from Surrey Police, who were attending Surrey Pride.

“The job of the police is to find criminals and lock them up. It is not to ponce around in rainbows at an event run by political activists.”

“My issue with that is the police are tied up with their duties. I have no problem with Pride whatsoever, but my issue with this is police do not have the time.”

Surrey Police said they were there to ensure the safety of people at Pride, and officers and staff who took part in the parade did so in their free time.

Cllr Ward said he had previously liked a tweet in favour of Pride. The tweet he referred to suggested Prime Minister Boris Johnson’s government would not infringe upon LGBTQ+ rights because Mr Johnson had lifted a ban on UK embassies flying the rainbow flag.

“Man-made climate change is a scam cooked-up and forced upon us by a self serving globalist elite as a way to tax us more, restrict our freedoms, and centralise big government and control of the population.”

“I don’t agree with every single word but I agree with the theme. I think climate change is vastly exaggerated. The globe is constantly changing.”

Cllr Ward said he liked lots of tweets and did not want the negatives to be highlighted.

Chair of the Isle of Wight Conservative association, David Pugh, said in April anyone who holds public office should be careful because people take a considerable interest in what elected officials say online.

If you check Councillor Ward’s page on the sle of Wight Council site:
https://www.iow.gov.uk/councillor/ianward/
You will see that: it says:
“My term of office lasts until May 2013”
So, perhaps, instead of spending time tweeting Councillor Ward should update his public details.

Vote Up42-4Vote Down
Benny C
If only his term of office had had ended in 2013. Well, hopefully enough ward voters now see the nature of the beast and will steer clear next time. What a perfect reflection of an inadequate and under informed pale, male and stale approach. Maybe Mr Ward has detailed knowledge he’d like to share about community policing strategy ? I’d so love to hear a debate between… Read more »
Vote Up22-6Vote Down
Benny C

A timely reminder …at a SCRUTINY meeting, no less. Vote Worthy? You decide. 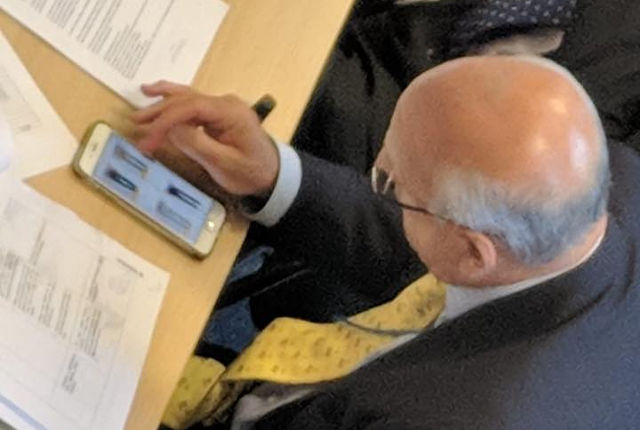 Par for the course, as Private Eye and OTW readers will know.

Not wishing to comment directly on Councillor Wards comments it does seem to me that anyone who has a different view from the politically correct is pilloried for daring to disagree. Because you disagree doesn’t mean you are inciting riot; are we not allowed to disagree anymore?

Councillor Ward was not “pilloried” in this article. It just stated what the councillor chose to tweet.

However he lays himself open to mockery by publicly endorsing comments without fact checking. The Police gave their time freely and therefore not a waste of resources unless you count wear and tear on uniforms.

I’m concerned he carries this cavalier attitude in his position of responsibility.

Typical condemnation of Councillor Ward by the politically correct brigade. If this lot get their way there will be no freedom of speech for anyone.

‘Typical condemnation of justifiable comment by the apoplectic brigade. This lot get upset by reasonable reaction to those self-condemning conservative councillors and others who use their freedom of speech to make an ass of themselves.’

Vote Up8-4Vote Down
peterj
Standard response from the usual indignant bigot. Just because people are calling out homophobia and the like does not mean that freedom of speech is under attack. I’m fairly sure he wouldn’t have moaned about the police being used for an armed forces event. He loves all that. The use of language such as ‘ponce’ and ‘rainbows’ was clearly meant to be inflammatory as was calling those… Read more »
Vote Up9-4Vote Down