Two female councillors were at the end of insulting comments at Wednesday night’s Isle of Wight council meeting. One being called ‘a coward’ and the other being told to ‘shut up’ 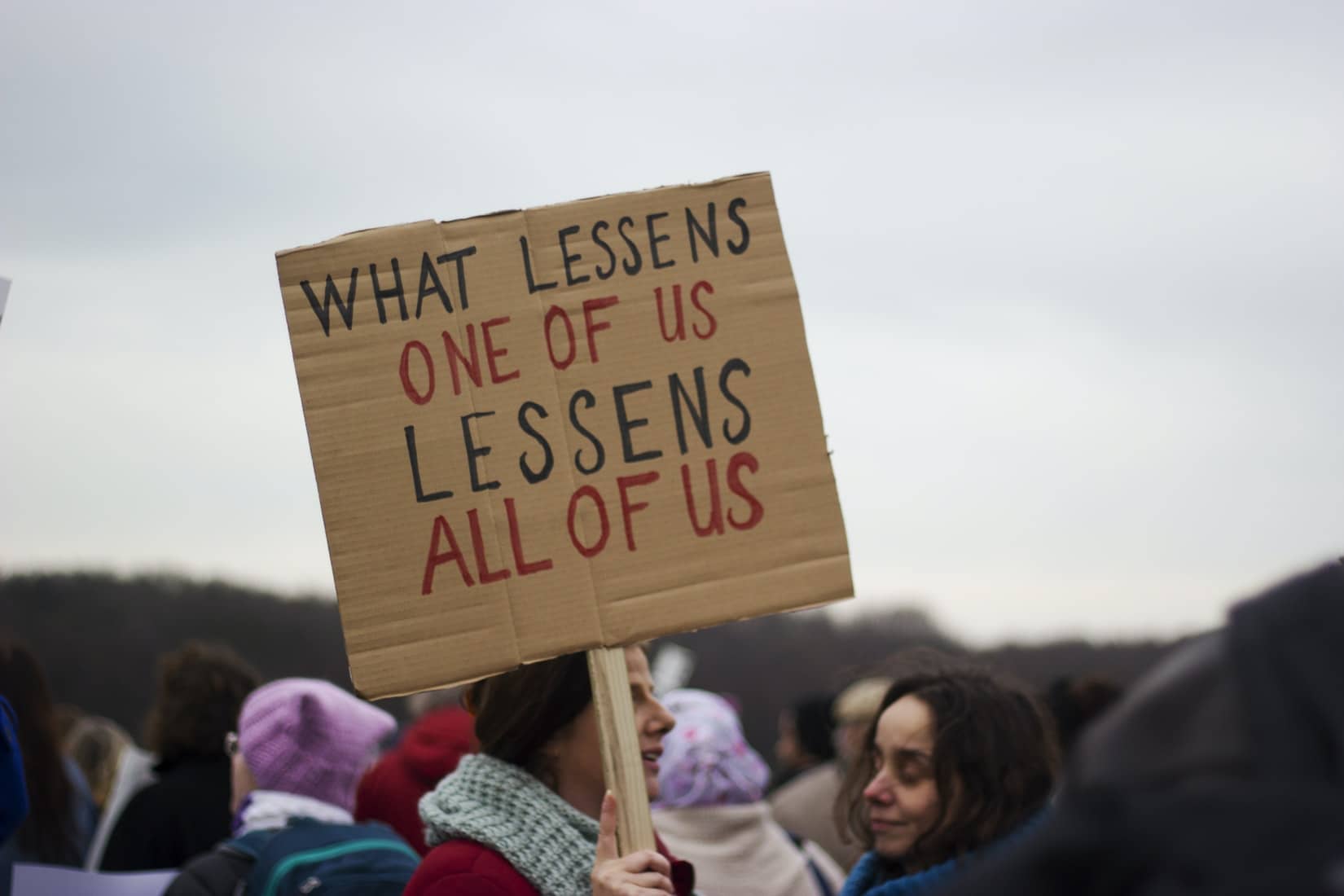 Things turned ugly at a meeting of the Isle of Wight Council on Wednesday, as microphones picked up muttered insults directed at two councillors.

At a virtual meeting of the full council, proceedings were halted twice as it was determined who said what.

Firstly, while voting on whether to freeze councillors allowances, Cllr Lora Peacey-Wilcox, the representative for Cowes Medina, was called a ‘coward’ for abstaining the vote.

Councillor called out for actions
A voice could be heard calling her a ‘coward’ and chair of the meeting, Cllr George Cameron, asked whether anyone would like to ‘own up’ to the insult, after Cllr Peacey-Wilcox called it to his attention.

“We cannot have councillors insulting others. Not while this meeting is happening and not while I am chairing it.”

Apology from Hobart
Cllr John Hobart, ward representative for Carisbrooke and Gunville, who has recently stepped down from his position on the council’s cabinet, put his hands up and apologised for the ‘uncalled for’ comment.

“I do apologise. I was muttering under my breath and did not realise I was unmuted” and warned other councillors from doing the same.

Cllr Peacey-Wilcox said she was deeply hurt and offended by the comment.

Another female councillor told to ‘shut up’
Later in the meeting, while introducing her motion to put the wellbeing of residents at the heart of planning and design of public spaces, Cllr Julie Jones-Evans, Newport Central representative, was told to ‘shut up’.

Proceedings continued, as leader of the council, Cllr Dave Stewart, amended her motion and the vote was about to begin before Cllr Jones-Evans was able to draw it to the attention of the chair.

“Who told me to shut up? I clearly heard it.”

Neither Cllrs Stewart nor Cameron said they heard the remark and as the meeting was running out of time Cllr Cameron moved on.

Raised with Chairperson and CEO
Speaking after the meeting, Cllr Jones-Evans said she had emailed the chief executive, John Metcalfe and Cllr Cameron about the incident to follow it up.

An Isle of Wight Council spokesperson said no complaint into a councillor’s conduct had been made from the meeting and it is in the council’s constitution that the meeting end after four hours so the chairman was obliged to stop when he did.

Image: Micheile Henderson under CC BY 2.0

newest oldest most voted
chausettes
I think it says a lot about Cllr Hobart that he qualified his apology with “I was muttering under my breath and did not realise I was unmuted” – he’s missing the point a bit – it matters not that he got caught, he shouldn’t have said it at all! Honestly, the vast majority of IW Councillors are a disgrace to the rest of the IOW, and… Read more »
Vote Up85-7Vote Down
Benny C
How did the vote go?. Councillors allowances should not be decided by Councillors. That’s bonkers. Apart from the fact Councillor Churchman would probably get confused and vote against it, who on earth is going to do anything but support? Answer, a Councillor with a conscience who then gets insulted. The Leader should take action and publicly tick off any Councillor behaving badly. Schoolyard nam calling is a… Read more »
Vote Up61-4Vote Down
wighton

It appears that some of the male councillors are insecure bullies who feel threatened by strong women, and therefore resort to childish bullying tactics, because they can’t think of anything else to do. Actually, ‘childish’ is an insult to children, as most children know better.

I once went on an anti-BNP picket at Brick Lane & we called each other “jolly bad eggs”!
(what really annoys them is shouting out their names & addresses. Tee-Hee!”

Vote Up6-4Vote Down
koala
I genuinely do not get this. Firstly, what difference does it make is something like this was said to a ‘female’ councillor as opposed to a male councillor This somehow implies that by being female they have an additional level of protection afforded them. Secondly, these were just a series of – let’s face it – pretty harmless words. The whole thing should be filed in a… Read more »
Vote Up14-35Vote Down
chrisinthemorning
What difference does it make that the councillor was female? The point isn’t that women should get extra cossetting or courtesy, it’s that women in politics get more abuse, threats, patronising attitudes and are often told to shut up by men. The same thing happens to MPs but it’s much worse as most female MPs, especially Asian and Black MPs receive death threats, rape threats and abuse… Read more »
Vote Up31-5Vote Down
Sally Perry

Vote Up19-1Vote Down
koala
Your reply is a complete generalisation of ‘women in politics’ – it is ‘some’ women in politics who receive more abuse etc, not all. I would strongly doubt that you (or any other lefties) minded any abuse hurled at Margaret Thatcher (or Edwina Currie, Virginia Bottomley, Sarah Palin etc) because they are (or were right wingers). It is also well noted that Jo Cox was murdered and… Read more »
Vote Up1-12Vote Down
chrisinthemorning
koala I know that this is a very late reply to your comment, but I rarely post comments . You know nothing about, yet you feel entitled to accuse me of not caring if a Tory MP faces abuse or threats, but nothing could be further from the truth. Women should be able to take part in public life without fearing for their lives or being humiliated… Read more »
Vote Up10Vote Down
chrisinthemorning

Sorry, mistype – should have read, ” you know nothing about me”

An edit facility would be good..

Here are the articles I mentioned. There is a lot of coverage of this subject out there – these are just a few articles.

I think it’s irrelevant whether YOU believe the gender of the insulted person is important. What’s important to ME (and I dare say the PERSON who was called a coward) is that it’s not the behaviour I expect of an elected official – especially not in a formal Council meeting.

I quite agree; the comments were not of standard one could reasonably be expected of an elected official, I was pointing to the thrust of the article which emphasised the gender of the councillors involved, which drew the reader to the conclusion that this was a sex issue (wouldn’t have spoken to a man like that etc) and not just some dopey behaviour by some sub-par councillors.

Vote Up4-4Vote Down
chausettes
If that was really your point Koala, perhaps it would’ve been better to lead with that. Instead you took the opportunity to pick apart the use of the word ‘female’ and use that as a basis to advocate dismissing the issue as a ‘pointless episode’. I managed to do this, so what stopped you? Also, why the need to double-down and bring left/right into it? If it’s… Read more »
Vote Up110Vote Down
Benny C
It’s an issue of principle. No one in positions of public trust, scrutiny or accountability should behave like this. They are chosen to be Guardians of public life and our community – role models. If they fall short on basic standards of respect and social skills who knows what other risks we are taking by allowing them involvement in decisions that affect us. The message they send… Read more »
Vote Up19-1Vote Down
Phil Jordan
Koala, that may be your interpretation but there is a serious element to this which needs considering. The female councillors that were subject to this are no ‘shrinking violets’ and Cllr PW can give as good as she gets. Fear Not about that! That’s not the point. Firstly you have to realise that Councillors operate under a ‘code of conduct’ which may or may not correspond to… Read more »
Vote Up15-1Vote Down
koala
Phil, I agree. This story has chuff all to do with gender, it’s to do with the pay rise. The editorial slant put on this incident deflects the focus away from the privilege afforded to elected officials to, effectively, set their own success metrics and pay. I’m in total agreement that the councillors would not be allowed to set their own pay, and comments should be of… Read more »
Vote Up3-3Vote Down
Geoff Brodie
Incorrect Phil. Your sources are misleading you. 3 Island Indy group councillors voted to freeze allowances; the other 5 Island Indys (including Lora P-W) and one other independent abstained (Stephens) all abstained; 3 independents (Love, Julie Jones-Evans & Murwill), the 2 LibDems and I voted with all the 23 Tories present not to. The recommendations on allowances are made by an independent panel. In my 15 years… Read more »
Vote Up6-3Vote Down
Phil Jordan
as i said geoff … I’m happy to be corrected on numbers, i didn’t make a note as the vote happened. So thanks for clarification. Couple of points. The IRP did not meet to review this increase. They have not reviewed since September 2018. Indeed, in September 2018 Full Council accepted the recommendations of the IRP to automatically increase allowances every year until 2021. They recommended a… Read more »
Vote Up10-2Vote Down
Benny C
‘Effective’ being the key word. In this club, rules around standards in public life clearly are not applied ‘effectively’. Members asking for more shows a distasteful disrespect for the electorate who have to pick up both the expenses bill and the much larger public cost of consistently poor quality stewardship. When translated into hard cash leaving our bank accounts through the Council Tax system, it stings. Opaque… Read more »
Vote Up9-3Vote Down