The moratorium on fracking will remain in place until there is “compelling” new evidence, say ministers 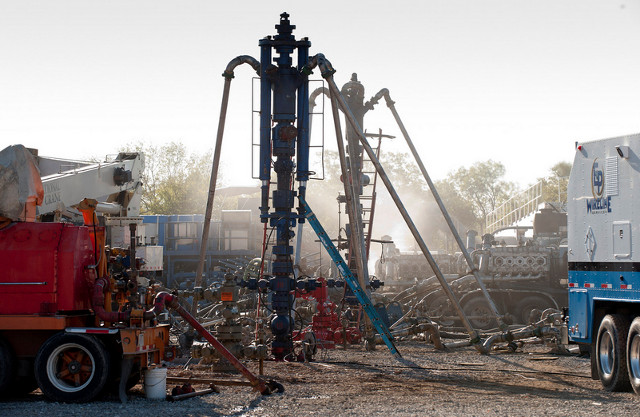 The UK Government have announced a moratorium on fracking with immediate effect.

A recent Oil and Gas Authority (OGA) report revealed that it’s not currently possible to accurately predict the probability or magnitude of earthquakes relating to fracking, or rule out “unacceptable” consequences for those living near fracking sites.

According to reports, tremors close to Cuadrilla’s site in Lancashire, played a part in their decision. Ministers say that until there is “compelling” new evidence they will not agree to any future fracking projects.

“We are delighted that this moratorium has been put into place and look forward to seeing the results of further investigation into the myriad impacts of fracking activity.

“However we now await the further investigation of the consequences of other forms of unconventional exploration,such as those at Horse Hill, which remain linked to the Newdigate (Surrey) swarm of earthquakes.

“Given the call for an early general election, delays in decision making over the future of Fracking and other forms of fossil fuel extraction are inevitable.

“We will continue to fight for other unconventional methods of oil extraction, which we believe will be planned for the Isle of Wight, to be included in such a moratorium.”

FFIW: Still much to do but celebrating validation
The spokesperson for Frack Free Isle of Wight added,

“Whilst we remain cautious as there is still much to do, we are happy that those on the fracking front line who have campaigned long and hard against this industry while being mocked and attacked for scaremongering, can at least celebrate this reprieve and validation for what they have been saying all along.”

Affect on UKOG’s plans?
OnTheWight has approached UK Oil and Gas Plc (UKOG), who have licences for oil exploration on the Isle of Wight, for a response on whether the news will affect their projects on the Island, and will update once we hear back.

Earlier this year, Stephen Sanderson, Chief Executive of UKOG told OnTheWight, “We do not frack, we do not need to frack”.

Image: www_ukberri_net under CC BY 2.0

Don’t be fooled, it’s only a temporary halt whilst the General Election is in progress, since it is a controversial vote looser. As soon as the Conservatives are back in power it will resume.

Let’s make sure they don’t

Vote Up26-7Vote Down
Spartacus
Great news but don’t be complacent this isn’t going to go away so we need to be vigilant. You can’t trust the Tories so vote them out come election time and of course ensure they loose their control on the Island. When you consider the criticism the council get every week in the County Press which is justified you do wonder who voted them in. If we… Read more »
Vote Up29-7Vote Down
the auditor

It won’t be long until the tracking companies produce some ‘compelling new evidence’ enclosed in a number of fat brown envelopes ….

Prrhaps Dinosaur Dave Stewart will suggest looking for gas on the reopened Undercliff Drive when all the traffic vibrations destabilise the surrounding land. That should prove good news for incoming buyers, the new noisy road will reduce prices within earshot of the traffic nicely.

I wouldn’t put that past him he’ll do anything to get that road open, even build a Lego bridge himself, pathetic really let’s hope he and the rest of his abysmal cabinet get voted out, fingers and toes crossed.

Vote Up50Vote Down
hialtitude
It is just a temporary suspension. This has been confirmed. It is perhaps for just while the election is in progress, call me cynical but the timing says it all. Greenwash at its finest. The Tories must be worried about the election to stoop this low and so blatantly. Don’t be fooled, if they win, the matter will be reviewed and the fracking will recommence, it will… Read more »
Vote Up11-2Vote Down
iowlady18
This moratorium should not just be about Hydraulic Fracking. This should include all extreme oil extraction techniques. Brockham Oil Watch has created a letter to be sent to government ministers to include all extreme extraction techniques for tight oil and gas in this moratorium. You can read it and sign it from Frack Free Isle of Wight’s website – http://www.frackfreeisleofwight.org or from this link https://brockhamoilwatch.org/4993-2/ It will… Read more »
Vote Up40Vote Down
temperance
Excellent decision so we can continue buying the majority of our gas from the likes of Russia and Turkey instead of being more self sufficient and using our own reserves, We are not reducing the amount we use we just pay more for it and not that I care about the Turkish or Russian people but I am guessing their workers rights aren’t quite up to uk… Read more »
Vote Up1-10Vote Down
Steve Goodman
An electioneering decision so the cons can continue their greenwash attempts to buy the voting majorities needed under our low standards system of representation. Other low UK standards now evidently include eroded or absent gig economy and other worker’s rights, long illegal levels of toxic air, plastic in our soil water and food, and the exported outsourcing of much of our dirty production and waste disposal demands.… Read more »
Vote Up9-3Vote Down
temperance

Maybe not ok but i don’t and probably no more than than Dimitri or Igor cares about me or you. Welcome to the real world.

We need to care as its a common problem but far worse in other countries. Most people around the world want the same things, to be treated with mutual respect and dignity and not be exploited and got rid of as the market place dictates.

Vote Up4-2Vote Down
Spartacus
Why have France and Germany banned fracking? I’ll tell you why because they know the damage it causes to the environment and the public as well as the long term impact. Just look what’s happened in the so called free democratic USA, a disaster that’s what. We don’t want it in the UK whatever the corporate capitalists excuses will be. Take the lead from France and Germany… Read more »
Vote Up7-3Vote Down
Benny C
Fracking extracts the remnants of a twilight resource at pretty high risk. Its just about the daftest energy pursuit out there. Just a very small amount of research into the near term future of energy reveals that manufactured hydrogen is what a great many enlightened countries in the developed world are quietly heading towards, to avoid the rising political price of gas, its pollution impacts, its limited… Read more »
Vote Up40Vote Down